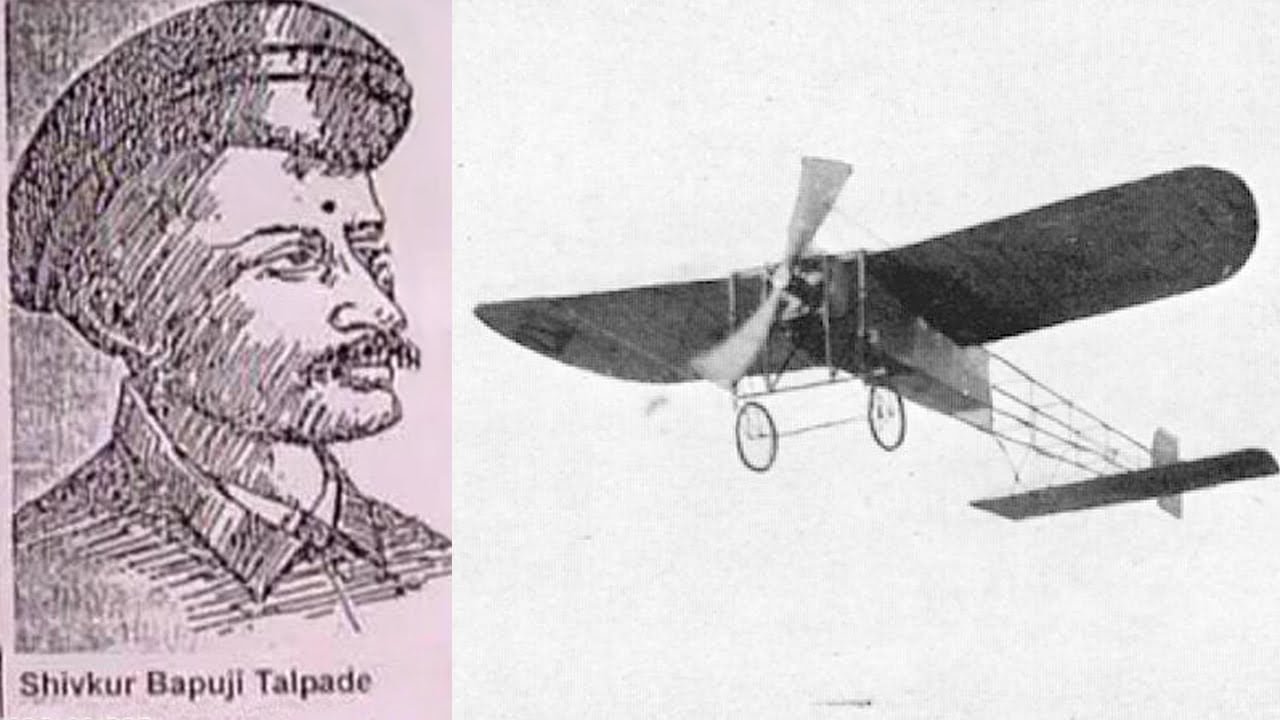 Shivar Talpade was an Indian scholar who is believed to have constructed the unmanned airplane some 8 years before the Wright Brothers invented it. The airplane invented by him was named ‘Marutsakha’ where marut means air and Sakha means friend, which together mean ‘friend of the wind’. Marutsakha is supposed to have been inspired by ‘Vimana’ which indicate to flying machines in the hindu mythology. One of Shivar Talpade students, S. D. Satawlekar, wrote that Marutsakha sustained flight for a few minutes.

According to Velkar, Shivkar Talpade’s marutsakha was made of bamboo and was a cylindrical structure. The structure was apparently filled with liquid mercury. “When the mercury reacted with sunlight, it released hydrogen. And because hydrogen is lighter than air, it helped the contraption fly,” he says. But the plane did not go very high nor did it stay up in the sky for very long. “It rose to just a small height and crashed within minutes,” says Velkar.

According to Madhav Deshpande “The theory of aerodynamics was always present in our Vedas (Vaimanika Shastra). What Talpade did, with the help of Shastry, was to put that theory into motion.” However, academics have discredited the Vaimanika Shastra. They claim that none of the planes had capabilities of being flown, the geometries were terrible and the basic principles of propulsion were not right.

A scholarly audience headed by a famous Indian judge and a nationalist, Mahadeva Govinda Ranade and H H Sayaji Rao Gaekwad, respectively, had the good fortune to see the aircraft take off it is reported that it flew to a height of 1500 feet and then fell down to earth. It has also been documented in Kanjilal’s 1985 Vimana in Ancient India – Aeroplanes or Flying Machines in Ancient India, as well as had contemporary reports in the Marathi language newspaper Kesari. It is said that Talpade was an instructor at the Sir J. J. School of Art and held the first airplane demonstration at Bombay’s Chowpatty beach. Apparently, he made the machine to fly nearly 1,500 feet above the ground for several minutes. The first airplane was claimed to run on mercury or some type of urine, but no one is sure about that.

What is confirmed is that Shivar Talpade had tried to fly an airplane, but it was unsuccessful. The claims of Indians in online forums, are so far unverified and merely associated with artificial nationalism. Also, other than this, there are kinds of literature like the film called Hawaizaada which again leads people in India to believe that the attempted experiment was successful in 1895. There are various documents to support that including the life of Talpade and his works. But to say that he is the first to invent the airplane instead of the Wright brothers, that needs more than just a statement. We need to have some concrete evidence to claim such a thing.

NASA has been showing a steadfast improvement in the field of space technology. Not...
Previous articleThe Mystery of Subash Chandra Bose’s Death Conspiracy.
Next articleThe Chemtrails Conspiracy Theory
© Newspaper WordPress Theme by TagDiv