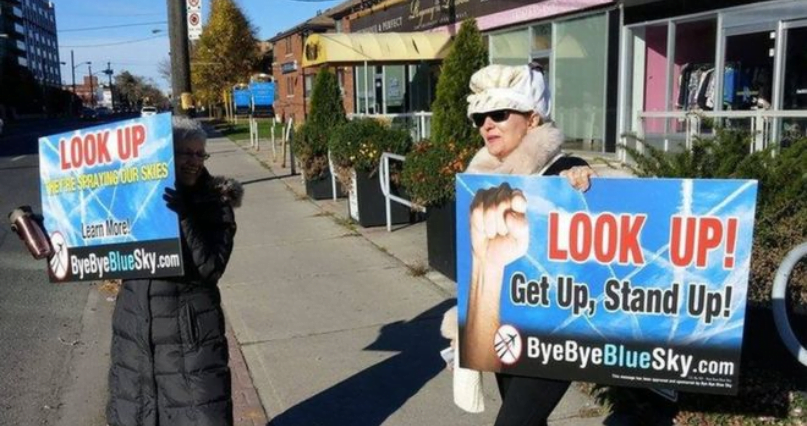 Remember the time when you were 8, lying on your back on the terrace or in your garden staring at the sky? Suddenly you would hear a noise and see trails of white clouds being formed in the blue sky. You would then call out to your siblings and ask them to come and look at it and be fascinated by the beauty of it. What if now I tell you that there was a purpose behind that beauty and that those “trails of white clouds in the blue sky” were a part of the plan of the government to control and regulate everything that you do, see, eat, believe, etc.

The formation of the contrails, that is the condensation trails is attributed to the scientific condensation process that occurs due to the extremely low temperatures in the higher atmosphere. This conspiracy theory is based on the belief that the government takes advantage of this phenomenon to release certain chemicals in the form of ‘chemtrails’ into the Earth’s atmosphere. The purpose of this is they say is an attempt to modify the weather, to control human population, to control thoughts, to manage solar radiations or biological and chemical warfare. Some also believe that it is done for the profit of drug companies by inducing diseases in the population. So, that’s basically controlling a person’s entire life.

The Birth of the Belief

Now, whenever we talk about a conspiracy theory or an event that cannot be explained enough for satisfaction, more than 50% of the times, it has to do with the US. So, this one also originated there. It all started when the United States Air Force (USAF) published a weather modification report in 1996 associating it with chemtrails left behind by the aircraft. This belief was popularized by people who put it on the internet forums and talked about it on late-night radio shows. By 2000, a lot of “important” agencies like NASA, EPA, FAA had published reports stating otherwise which only heightened the belief that the government was trying to cover up.

The Strengthening of the Belief

The Opinion of the People

According to a BBC report, the proponents believe that this is a global conspiracy and it involves the national governments, UN, scientific associations, big businesses, and the military. Suzanne Maher, a believer of the Chemtrails theory says, “Twenty or thirty years ago, we still had aircraft and had a beautiful blue sky. There were no trails.” The scientific community, however, has dismissed any such happening even after some reports have given evidence of the presence of chemicals in the air.

A survey by Cooperative Congressional Election Study shows that almost 9% of those questioned believed this theory to be ‘absolutely true’ while another 19% believed it to be ‘somewhat true’.

It is true that the media controls our mind and that is why even the most absurd seeming claims hold a chance to be true.

In 1976, the peaceful community of Circleville, Ohio, started receiving threatening and sometimes sexually explicit, letters in their mail. All were postmarked from nearby...
Read more

‘To Kill a Mocking Bird’ is one of the most celebrated books in the linguistic sector. Written by America’s most exquisite author, Harper Lee,...
Read more

It's been a while since several people, and conspiracy theorists are hell-bent on the idea of the existence of a cure for cancer and...
Read more

Seth Rich, 27, was an employee of the Democratic National Committee. He was murdered...
Previous article
Shivar Talpade invented Airplane before the Wright Brothers?
Next article
Andrew Carlssin: From an insider trader to a time traveler
Conspiracy theories