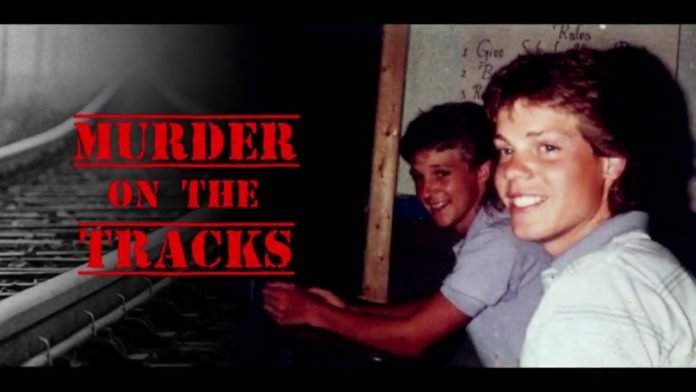 On August 23rd 1987, a cargo train was on its way on a regular run to Little Rock, Arkansas. Just as the train was approaching Bryant, Arkansas, the train driver saw something on the tracks. As the train got closer, a horrifying discovery was made of two boys Kevin Ives and Don Henry, lying motionless, side by side across the tracks.

The driver tried to make an emergency stop, but the train kept going on for half a mile before coming to a complete standstill. The boy’s bodies were terribly damaged but were later identified as 16-year-old Don Henry and 17-year-old Kevin Ives.

The reports revealed that the boys were under the influence of marijuana at the time of their death, so their deaths were ruled as accidental. However, the families refused to accept that what happened with their sons was an accident.

Investigation of the case of Kevin Ives and Don Henry

After 5 months, the parents of the boys launched a press conference to plead for the case to be reopened. The day after, the case was officially reopened. The second autopsy was exhumed by Richard Garret.

It was later discovered that the boys had smoked 1-3 marijuana cigarettes, not 20 as the first report stated. He also found evidence stating that one of the boys was already dead and the other unconscious before the train had even hit them.

After some time another intriguing lead surfaced. One week before the boys were killed, a man wearing military fatigues was spotted near the train tracks. His behavior was suspicious. When police officer Danny Allen stopped to question him, the man opened fire at him. The same man was also spotted on the night that Don and Kevin died. He was heading down the road less than 200 yards from where the boys were found. The authorities were never able to locate the man.

Don Henry’s t-shirt was analyzed later on by an expert pathologist. Cuts in the fabric indicated that Don was stabbed before the train ran over him. In light of this new evidence, the grand jury changed its ruling from probable homicide to definite homicide.

The boys also had a gun on them that night and a flashlight, indicating that they were planning on using an illegal hunting technique that involves temporarily blinding the deer with the torch before shooting it.

People say that the boys were present during a drug drop and were killed by the dealers who found them.

In March of 1987, a major plot twist appeared in the case when Billy Jack Haynes wrestled in front of a record-setting audience off 93,000 fans at the Pontiac Silverdome in Detroit, Michigan during Wrestle mania 3.

For decades, people have tossed around theories, shared ideas, and spread rumors about who was responsible for the deaths of the teens on August 23, 1987. To date no one has ever been arrested.

Haynes says he sobered up a few years ago and reached out to Larry and Linda Ives after years of guilt. “I come with no hidden voice. I come to you straight face-to-face because this is a reality, man,” remarked Haynes in the video. “Don’t hide anything!”

In the confession that was tapped, he claims that while performing in the ‘80s for the World Wrestling Federation (now known as WWE), he also transported and trafficked cocaine through the United States. His side job eventually brought him to Arkansas.

“I was also an enforcer who provided muscle to other parts of the criminal element to ensure that their illegal business dealings were collected upon,” added Haynes. “In August of 1987, I was contacted by an Arkansas criminal politician and was asked if I would provide muscle at an Arkansas drug (transaction).”

In the video, Haynes refers to a male as a “criminal politician” multiple times, but never stated him by his name. Haynes also gave an official statement saying that he witnessed the murders of two young boys: Kevin Ives and Don Henry. And also said that their bodies were placed on the railroad tracks to be mutilated by a passing train. Over the years, theories have been spread that the boys walked up on a drug drop and were killed. Rumors have circulated as to who might have been there and ultimately be responsible.

The tragic story has been brought to life in books, television, and movies. No matter the medium, the end is always the same: no conclusion; a family waiting for answers.

Just like all the other cold cases, even this case file was closed and after all this time no one knows who was behind this double homicide.

A great mystery was unburied in 1998, in the bed of a rock shelter in the Lapedo Valley which lies 85 miles to the...
Read more

Seth Rich, 27, was an employee of the Democratic National Committee. He was murdered...
Previous article
Mary Shelley the author of ‘Frankenstein’?
Next article
The Mystery of North Korean Ghost Ships.
Conspiracy theories