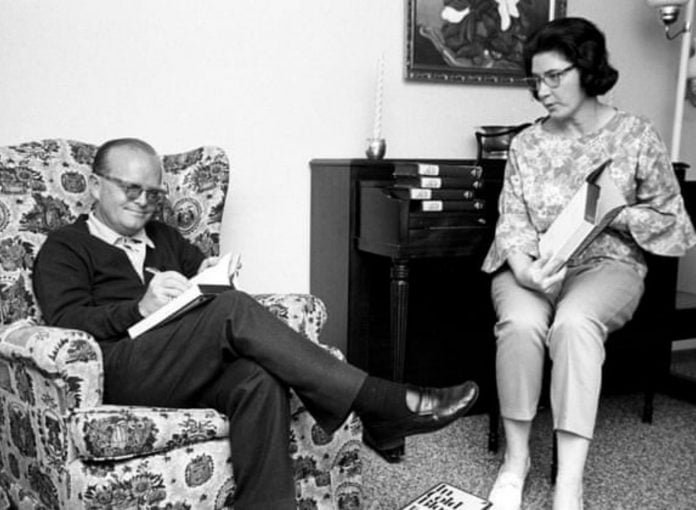 ‘To Kill a Mocking Bird’ is one of the most celebrated books in the linguistic sector. Written by America’s most exquisite author, Harper Lee, it held its benchmark high. However, despite being a Pulitzer Prize winner, her authorship got questioned as some believed it was Truman Capote who actually wrote it.

Harper Lee was born in Monroeville, Alabama, on April 28, 1926, as the fourth child of Frances Cunningham Finch and Amasa Coleman Lee. Like many other authors, she used her pen name, Harper Lee, while her actual name was Nelle Harper Lee, inspired by her grandmother’s name when reading backward.

As years passed, she soon developed her interest in English Literature because of her great mentor. In college, she wrote for university magazines and humor articles and unexpectedly left without completing her credits. Initially, she also studied legal studies and got admission to Oxford University, and after that, there was no looking back.

Just like other writers, Lee was anxious about her piece of work and imagined it just as a public encouragement. Much to her surprise, the unrecognizable fame worldwide was not, she thought. However, Lee wrote only two novels in her life. Thus, she received the Presidential Award for her inexplicit contribution to the literature world.

In the initial years, publishers felt it was not ready to give it a public eye. Therefore, after many discussions, changes, and proper internalizing characters, the novel was retiled as “To Kill a Mockingbird.” Additionally, it was published by Harper Collins on July 11, 1960, and received excellent public reviews while becoming the best-selling novel.

Real-life characters indeed inspired the best-selling novel. In the fiction, tomboy Scout was the daughter of a middle-class, respected man living in Alabama. She is the central figure in the novel, but Scout’s friend Dill was inspired by her childhood friend, Truman Capote. Her book highlighted the racial injustice that was prevalent in Alabama’s small-town but talked about the ongoings in the world.

The Friendship Of Lee And Capote

Both Lee and Capote belonged to a secluded town. It was almost unbelievable for the two infamous linguistics to gain fame in the whole world. However, as many recall, Lee had good command and experience as she helped Capote during his initial years of being a writer. Even though Capote wrote more novels than Lee, he was still struggling to gain the fame that Lee had through her two books.

Surprisingly, the table turned when people were unable to digest the fact that Lee did not write Capote’s novel, In Cold Blood.

Rumours Had Their Tale

Over 40 million copies were sold of “To Kill a Mocking Bird” novel, making it a fiction unforgettable for all. However, many including, Capote were shocked, when people started falling in love with it. To match that persona, Capote tried with his writings, and gossip left a mark when Capote told it was not Lee who wrote it.

The journey of a trustworthy friendship came to an end when Capote tried to sabotage Lee’s career.

In a 2010 documentary, Alice C. Lee defended her sister, Nelle Lee, while quoting, “Capote got jealous of Lee’s Pulitzer award while only publishing two novels, while Capote didn’t have any.”

It is ironic to even think about cases, which hold an eye in a particular direction. Even though there is little evidence regarding Capote’s involvement in Lee’s novel, questions do circle to hamper women’s skills. However, not only Harper Lee but many women got undermined in a patriarchal-driven society.

Courtney Love has been a great struggler for facing accusations as well. Therefore, there were rumors that Kurt Cobain was the one responsible for its success.

In conclusion, the 21st century claims for equal opportunities so that every individual can explore their skills. It is just sad that chauvinistic men don’t even want to consider women and their talent.

In 2016, Harper Lee died at the age of 89 on February 19. It is true; she is not with us today but will always live in our hearts just like a beautiful mockingbird.

Anyone who has watched Jaws would already be wary of the seashore. Well, this theory is not going to calm your nerves. Sharks are...
Read more

Der Fuhrer, Adolf Hitler, dictator of Germany was the evil mastermind behind the Holocaust, during world war 2 and responsible for the systematic murder...
Read more

Seth Rich, 27, was an employee of the Democratic National Committee. He was murdered...
Previous article
What Caused The Horrific Witch Trials Of Salem In The 17th Century?
Next article
The Disturbing Case Of The Mutilated Man
Conspiracy theories