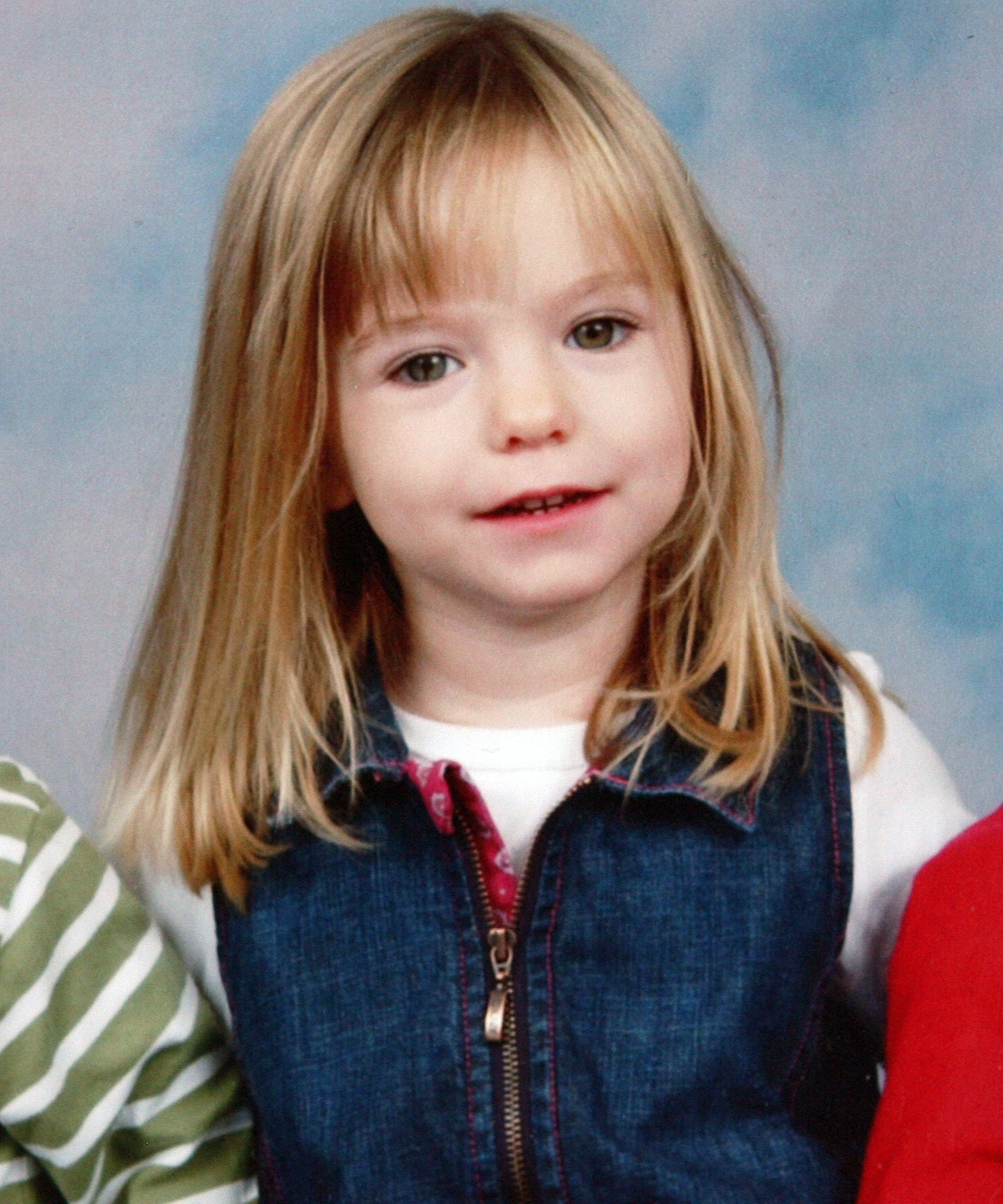 The most heavily reported missing person case in modern history is the disappearance of five-year-old Madeleine McCann, from her bed in a holiday apartment in Praia da Luz, a resort in Portugal has been the most baffling case for authorities worldwide. Even till the present date, her whereabouts remain unknown.

Madeleine was on a vacation with her family consisting of her parents, two-year-old twin sibling and a group of family friends and their respective children. It was a common habit of their parents to tuck their children with their sleeping beds and then dine with their friends in an area which was approximately 55 meters away from the children’s room. Parents had a habit of keeping a constant tab on their children, and on that particular night, the routine was followed. However at 22:00 hours, Madeleine’s mother discovered that she was missing.

A misinterpretation of British DNA analysis led the Portuguese police to believe that Madeleine had died in an accident in the apartment and her parents were trying to cover up the event. However, on July 2008, the status of the suspect given to them was lifted due to the lack of evidence against them.

The parents roped in Scotland Yard’s private detectives to open its own inquiry.  Operation Grange, as it was termed opened in 2011, which stated the disappearance of Madeleine ‘as a criminal act by a stranger’ and the possible scenarios included abduction or burglary plans gone wrong. By 2013, Scotland Yard had also released e-fit images of a man seen carrying a child to the beach later that night on the same date as that of Madeleine’s disappearance. In 2015, Portuguese police reopened their inquiry, but the Scotland Yard scaled down their level of investigation with only small bits being gathered by a few detectives who were onto it.

Table of Contents show
Madeleine’s last memories :
The inspections :
Where did she go?
The Sightings :
Jane tanner sighting :
Smiths sighting :
Where did the Portuguese Police go wrong?
Strange witnesses :

On the morning of the day she disappeared, Madeleine had asked her mother over breakfast as to why she hadn’t come to comfort them when her she and her younger sibling were crying in the room on the night before. Mrs. McCann, after her daughter vanished, reflected upon the question she posed on the breakfast table and feels that an intruder had been into the children’s room before.  After spending a usual fun day with her family, Madeleine was tucked with bed with her siblings. She was wearing short-sleeved top and pink and white pajamas along with a comfort blanket and a soft toy, Cuddle Cat.

At 20:30, the parents of all the kids left the apartments to dine together in the Ocean’s Club. The children’s apartments were visible from the restaurant but not the doors. The door of their room was shut but left unlocked since the doors could be locked from inside only. The first check was carried out by Mr. McCann at 21:05 hours. Everything looked perfect to him except that, while he had left the door slightly ajar at 20: 30 hours, it was wide open now. He neatly shut the door and returned.   Mrs. McCann had intended on taking a look at her children at 21:30 hours, however Matthew Oldfield, one of the friends suggested he would do that since he was on his way to check on his own children who were nearby. He noticed that the children’s room was wide open, but since he heard no noise, he left the room without looking clearly if Madeleine was there or not, neither could he recall anything about the exterior shutter being open. The Portuguese Police had named Oldfield as a suspect, suggesting he had handed over Madeleine to someone as he volunteered to take the round of inspection.

Where did she go?

Mrs. McCann finally went to check up on her kids at 22:00hours. She entered through the unlocked door at the back of the patio and it was then that she realized that the door of her children’s room was wide open. When she tried to shut it, it was then that she realized that the door shut as if a draught was open. On further movements, she was the window wide open, and Madeleine’s blanket and Cuddle Cat on her bed, but Madeleine was not there. She tried to look for her daughter in the apartments nearby, but to no avail. She finally ran outside and yelled that her daughter was nowhere to be seen. She had vanished.

The sighting by Jane Tanner, one of the friends ( the group called Tapas Seven), of a man carrying a child, wearing light-colored pajamas, around 21: 00 hours after she had left the restaurant to check up on her child, became an important point during the investigation. However it rather came as a surprise to the police since she remembered passing Mr. McCann on the street who was talking to a British holidaymaker, after returning from his round of inspection, but neither of the men remembered Jane Tanning passing. Why did this baffle the police and led them to accuse Jane Tanner of inventing the theory? Because the street was rather narrow.

Tanner described the man as a white, dark-haired, 5ft. 7 inches tall, of southern European appearance, 35-40 years old wearing gold or beige trousers and dark jacket, which did not appear like a tourist. This description was not passed for the next two weeks and the image was only released till October 2007. Though the sighting appeared important, the Scotland yard called it a red herring, and as it turns out, it was a British holidaymaker retuning from the Ocean club’s crèche with his daughter.

The Smiths (part of Tapas seven) reported a sighting around 22:00 hours of a man carrying a pale child, with blonde hair, wearing light-colored pajamas, towards the beach. The man was reported to have been in the mid-30s, 5ft 7 in – 5ft. 9 in, normal build with short brown hair and was seen uncomfortable carrying around the child. He did not look like a tourist. The creation of this image was first created in 2008 by Oakley International and was publicized in 2013 by Scotland Yard, and surprising enough, Scotland Yard concluded that the Smith sighting offered the approximate time of Madeleine’s kidnap.

Where did the Portuguese Police go wrong?

It is not a hidden fact that the police made some crucial careless steps during the ‘golden hours’. Neither marine nor border police was given descriptions of Madeleine and neither were roadblocks were put in place till 12 hours later, the next day. Police did not request motor surveillance pictures of vehicles leaving Praia da Luz and door-to-door searches were not carried out immediately. Euroscut, the company that that monitors the main road, said they were not approached for information and it took Interpol five-days to issue a global missing person report. The crime scene was left insecure and 20 strangers had already entered the room before it was closed off. The forensics did not wear gloves while taking samples from the window sill and evidence was trampled over.

The statements by various witnesses have been reported and the common conclusion is that all the days leading up to the day when the crime was committed, various men had been behaving suspiciously around the apartment 5A (McCann’s housing). Several reports of men asking for money for an orphanage approached various tourists. The descriptions for these men ranged from ‘an ugly blonde-haired man’ to ‘polite and clean-shaven’. All of them were seeing hovering around 5A and looking around the house in an abnormal cautious fashion.

Several theories would like to thrive on the concepts of planned abduction, burglary and wandering off, however, no substantial evidence suggests any of this. Theresa May opened up Operation Grange in 2014 but the results were still nil. A number of pedophiles were questioned, mobile services near 5A tracked, people accused and questioned, but what really happened to Madeleine McCann on 3rd May remains a mystery that will baffle people all over the world.

How I, then a young girl, came to think of, and to dilate upon, so very hideous an idea?— Mary Shelley
Read more

Seth Rich, 27, was an employee of the Democratic National Committee. He was murdered...
Previous article
Andrew Carlssin: From an insider trader to a time traveler
Next article
What happened With Mary Virginia Carpenter?
Conspiracy theories