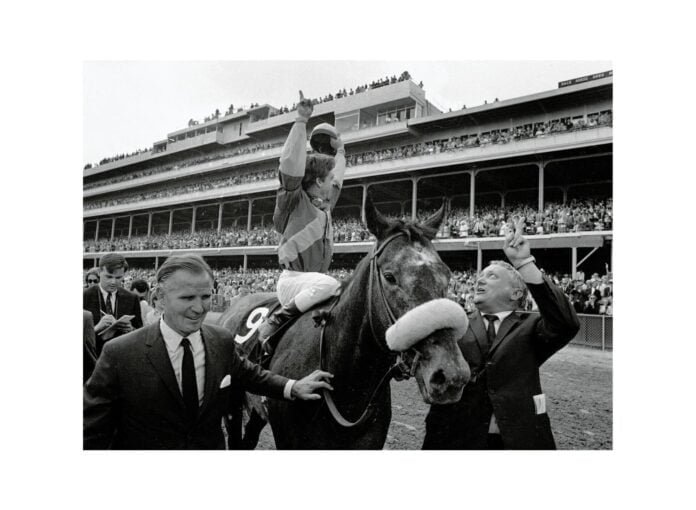 Peter Fuller, a legitimate boxer, who invested his energy and interest in horse racing in the 1950s. He was a man full of life and compassion. He became the talk of the town when his horse, Dancer’s Image, won the Kentucky Derby. The victory hour didn’t last, as, after three days the title, got stripped posing a drug found in the horse’s urine. However, Fuller repeatedly denied, these accusations believing it was anti-civil-rights believers who got their hands dirty, but the committee denied it, and theories began to circulate.

Table of Contents show
Background:-
His Doting Interest in Horse Racing:-
The Sore Ankles and the Drug:-
Disqualifying Dancer’s Image:-
Fuller Filed an Appeal:-
Angry Anti Civil Rights Believers did it:-
The Denial and the Farm:-
To conclude, he died at the age of 89 on May 14, 2012, due to cancer but the “most Dancer’s Image controversy” will live forever.

Peter Fuller was the son of the former governor of Massachusetts in the late 1920s. He was born in a wealthy family around servants on March 22, 1923. He was the youngest son of the four children of Alvan T. Fuller. However, this comfortable life never soothed Peter. He always wanted to be much more than a wealthy son of a governor. He soon went to Harvard College and became a wrestler while bringing himself in excellent shape. As a boxer, he won Golden Gloves, heavyweight divisions.

His Doting Interest in Horse Racing:-

Eventually, Peter realized his passion for horse racing. Thus, before becoming the president of his family’s Cadillac dealership, he began to be a school winner at his Runnymede Farm in North Hampton. In the 1900s, he also joined Marines and left it because of his flat feet.

Peter Fuller and his horse, Dancer’s Image, bought laurels for his master by winning the Kentucky Derby title.

The Sore Ankles and the Drug:-

Dancer’s Image was a grey-coloured exceptional colt who won graded stakes races at the age of two. The colt suffered from sore ankles. Before the 1968 Kentucky Derby, a veterinarian gave him a shot of a non-steroidal anti-inflammatory drug to remove soreness.

In1968, Dancer’s Image won the title of Kentucky Derby on May 4 and soon became a tale of victory. Surprisingly, after three days, Peter and Image got disqualified due to an amount of a drug (Phenylbutazone) discovered in the urine of the horse. At that time, the use of this drug was strictly prohibited on the tracks.

In contrast, the handlers and the veterinarian, Alex Harthill, have treated several Derby horses. Thus, Harthill gave medication six days before the race giving them enough time to dissolve. However, continued joint problems led the Dancer’s Image to retire from races.

Fuller and his team filed an appeal to reconsider stripping away the title. He also claimed it to be an outsider’s trick, as the medication was given six days before, so it was impossible to find a trace of the drug.

Fighting a four-year court battle which cost Fuller approximately $250,000, resulted in Derby Title being given to the second finisher horse. Several conspiracies began to spread regarding the truth, which was slightly covered with fabricated shreds of evidence. Although Fuller constantly denied its consumption on race day, theories also point towards the political rivalry of ideologies.

In 1988, dismayed Fuller gave his statement in Times, saying “I don’t know what happened.”

But some theorists believed it was the dirty trick of anti-civil rights believers. Reports claim that after the brutal assassination of Martin Luther King in Memphis, Fuller sent the purse money ($60,000) to Luther’s wife, Coretta Scott King. Soon this news spread, it is believed that the Southern families became upset about the open support of Fuller towards Luther. However, there is no evidence of their involvement.

The Denial and the Farm:-

“On the outset, the pain is real,” told Globe in 2008, Peter never accepted his defeat. Fuller, even after losing the battle and selling Dancer’s Image, his trust never shattered. Before selling the farm, there was a signboard highlighting, “Dancer’s Image, winner of 1968 Kentucky Derby.”

In 1945, when Hitler's World War II was concluding and to the dissatisfaction of the Nazis, the Allies were winning the fight. The Russians...
Read more

Seth Rich, 27, was an employee of the Democratic National Committee. He was murdered...
Previous article
The Forbidden Legend of La Llorona
Next article
6 Smuggled Facts about Leonardo Da Vinci
Conspiracy theories