The Popish Plot Conspiracy and its Impact 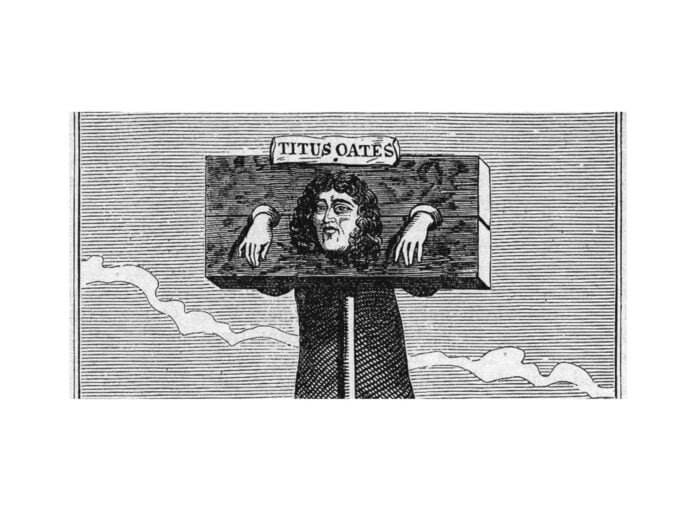 The fabricated plot of lies which gripped all of England, Scotland in the anti-Catholic hysteria was alleged to be the brainchild of Titus Oates, between 1678-1681. Oates alleged that there was an extensive Catholic conspiracy to assassinate Charles, the second. Oates web of lies fell apart eventually and he was convicted for perjury.

The ‘fictitious plot as some conceive it to be, began with King Henry, the eighth, and led to the executions of 22 men, and also includes the problematic Exclusion Bill Crisis. The beginning 0of the English reformation in 1533 started a long chain of bloodshed and tangled family line, affecting the succession of the throne, and leading to conflict between diverse religious groups.

The plot unfolded strangely. Oates and Israel Tonge, who was considered to be insane, had written a manuscript accusing the Catholic Church of approving the assassination of Charles the second. The Jesuits were given the responsibility of handling the task and almost a hundred Jesuits were named in the so-called manuscripts, who were accused of being involved in the assassination plot.  Oates involved physician, Sir Richard Parker, into the plot by slipping a copy of the manuscript into the gallery of his house, thereby leading to Tonge getting hold of that, who shared the house.

Tonge thus showed this to Christopher Kirby, a former assistant in Charles scientific experiments who then approached Charles in St. James Park. Charles demanded proof of the plot and Kirby named Tonge as his primary witness and agreed to see the two men, solely on the basis that while these particular claims might be a false alarm, a plot to assassinate him couldn’t be far off the cards. On being given a private audience, Tonge proceeded to lie to the council which consisted of Lord Danby, Thomas Osborne and Lord High Treasurer, saying that though he found the manuscript, he was unaware about the author for same.

While Charles the second denied Danby’s request of an investigation into the whole affair to prevent the idea of ‘regicide’ entering the public domain, he had to give in eventually as the news of the plot against the king reached the Duke of York.  Oates’s name came up during the investigation, but the king paid no heed for he believed Oates to be a liar and cheat.

Oates was summoned by Sir Godfrey to swear an oath before his testimony before the king. He claimed that he attended a Jesuit meeting held at the White Horse Tavern in London, which was aimed at discussing assassinating Charles. He even listed a few methods which include poisoning by the Queen’s physician, Sir Wakeman.

On being brought before the Privy Council, Tonge and Oates were interrogated for several hours which resulted in the council believing that Tonge was mad but Oates made a better impression on the council, which thereby resulted in several allegations against the various members of Catholic religious orders. Sir Wakeman and Edward Coleman (secretary to Duchess Of York) were considered to be the masterminds behind the assassination.

Substantial evidence was found against Coleman to have corresponded with a French Jesuit and was condemned to death for treason while Wakeman was acquitted. What proved to be a rather shocking point for all was when Oates recognised supposedly written letters by well-known priests which detailed around the plot, at a single glance. The amazed council completely ignored the fact that Oates ability to recognise the letters could also mean that he had forged them. Post this, Oates was awarded a squad to round up Jesuits and punish them.

Oates grew bolder and accused five Catholic lords of being involved in the plot. This led to a huge turmoil in the regime, which forced the parliament to pass a bill,  a second test act, excluding Catholics from membership of both houses. In 1678, Oates accused the Queen of being involved in the plot and also named captain Bedloe, a notorious underworld member to be a party for the same. On being interrogated by the King, several discrepancies cropped in Oates’ account which resulted in his arrest. However, due to a constitutional crisis, his release was forced.

With Oates release, he soon started spinning a new web of lies. He invented new accusations and stories, claiming that the king would be shot by silver bullets to prevent the wound from healing. This encouraged the public to feed on their fantasy and soon, they had their theories about invasions by the French and digging near the House of Commons.

Anyone suspected of being a Catholic was driven out of London and prohibited to be within a specified range of the boundary. As Oates accusations led to the death of several innocent members, the public soon began to turn against him, with the horror of this deed dominating their thoughts. The death of the London priests triggered the public and several people came to regret the decision of the mass executions.

With the death of at least twenty-two innocent men, Chief Justice William Scroggs started labelling people as innocent and the King devised his strategies to counter the step. In 1681, Oates was ordered to leave his apartments on charges of sedition, ordered a fine of 1000 euros and thrown into prison.

Oates died soon, in a year or two and was forgotten efficiently by the public, which once called him a “hero”.

The long term effects of Oates’ web of deception had long-standing effects on the working regime. The Society of Jesus suffered the most. The execution of nine Jesuits and the death of twelve created quite chaos. This period was a testing time for Catholics. They were harassed, fined, ordered to stay away at a distance of12 miles from the periphery of the city and were only allowed to enter through special permission. It was clear from the onset of the events of the Popish plot that the Catholics were going to be great sufferers of this, even more than its perpetrators.