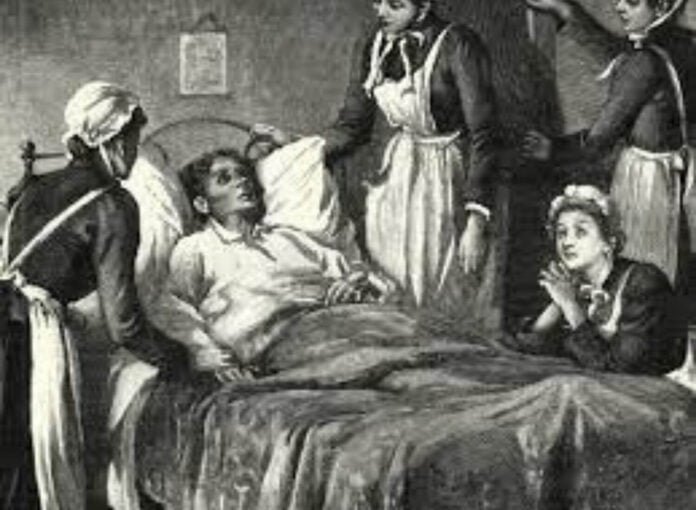 When we see the word “vampire”, an image forms in our heads. An old Count, or some other old rich man, wearing a cape, with their fangs out. We imagine them being opposed to garlic and sunlight. We can see them getting turned to ash the moment they step in the sun or when a wooden stake is lodged through their hearts.

They have now become an integral part of pop culture, and many movies and books make use of them. They have their own rules for their vampires, but some things remain the same. They are undead creatures of the night, immortal or age slowly compared to mere humans, and drink blood from unsuspecting humans.

But all this is fiction, right? Vampires don’t exist. The myths from medieval times about vampires existing in families were proved to be the plague or other diseases like porphyria, a blood disorder that caused blisters when exposed to sunlight. All this was linked to vampirism.

When Bram Stoker came out with his book “The Dracula” in 1897, he changed the direction of pop culture forever. Vampires, which began as just fantastical characters, are now deep into our myths and folklore. It was due to the character of Count Dracula, which was made into various movies, tv-series that vampires were made mainstream. But what if I were to tell you that Vampires are not as fictional as you once thought. The New England Vampire Panic of the late 18th– early 19th century talks about just that.

In this newly formed New England, people were struck with a very real and a very deadly panic of vampires. People were killed with a wooden stake to the hearts, and many bodies were exhumed to be examined and confirm people’s doubts. Many people were victims of frenzy. But was it something real, or was it the Witch Trials of Salem all over again where the paranoia and helplessness of people manifested into the supernatural?

The actual cause of this vampirism was Consumption or tuberculosis. It was a brutal and awful disease. It was named Consumption because of the drastic changes it caused to the body or how it consumed the body. It is a bacterial lung disease, which spreads quickly among family members, has horrid symptoms, giving feverish sufferers an ashen appearance and sunken eyes. In some cases, blood would drip from their mouths.

It was a slow, pathetic and painful death—almost as if life was being drained out of them.

Folklorist and author Michael Bell says about Consumption “Imagine a communicable disease a great deal slower to manifest than COVID-19, with symptoms even more ambiguous,”

At the time, no one understood how diseases were spread. They could not understand why, after one family member’s death, the others usually succumbed to it. Even the neighbours were not safe.

It was believed that the person suffering would drain the life out of people.

Another reason for people to believe this was the work of vampires also comes from the lack of knowledge. Some families got out of the epidemic scratch-free, whereas many families saw their entire lines disappear.

Table of Contents show
What They Believed?
What Caused The End Of These Rituals?

The village people believed that the people who died at the beginning of the epidemic were vampires. It was these people—or vampires—that crawl out of their graves every night to suck the blood of the villagers and haunt their own families and make them one of them. The only solution to this the villagers could come up with was to exhume the dead bodies and examine them for signs of being undead. Their standards were if the body was not as decayed as they expected, they would slice the body up, and if it had liquid blood, it was a vampire.

These rituals took place in different ways in different areas. Some were meant only for a close relative, while some were done in public for hundreds to see. Some beheaded the corpses before burying them again, while some shattered the bones. Some even put a wooden stake through the heart of the body for good measure.

The earliest documented case was in 1784 in Willington, Connecticut, while the last was in 1892, in Rhode Island. Almost 80 cases of these vampire rituals have been documented.

What Caused The End Of These Rituals?

In 1892, a farmer in Rhode Island watched his wife and two daughters die of Consumption, and his son was deathly ill too. He did not want to be a part of the vampire ritual but was convinced by the villagers. The bodies of the wife and one daughter were bones, but the daughter who was the most recent to die, Mercy Brown, was still pretty intact. She died in mid-winters which helped in preserving her body a little better. These were details that were unknown to the people of that time, and they were convinced they had found their vampire.

They cut out her heart and burned it. They then went ahead and fed the ashes to the son. He soon died of Consumption too. What remained of her body was also later burned.

This was the last documented vampire ritual, and the story of Mercy Brown has been used by various media and turned into movies. Even Bram Stoker was known to have access to her story as newspaper clippings of the episode of Mercy Brown were found in his files.

The new England vampire panic, in the end, was never about vampires. Researches say that the rituals did help in slowing down the spread as people were scared to go out of the house. It was yet another case of fear turning into something horrific and going down in history.

Cicada 3301: an Enduring Mystery Over the Years

Cicada 3301, 4chan is a dam forum, house to may mysteries that sweep the internet by storm. So, let's dive into one of the...
Read more

The beautiful ocean liner spent years and gave its service to people, even in World War II. The ship has witnessed more than 50...
Read more

What do you think of when you hear the word “fairies”? Is it a...
Previous articleDo We Really Have A Cure For Cancer?: 5 Reasons To Ponder Upon
Next articleThe Popish Plot Conspiracy and its Impact
Conspiracy theories