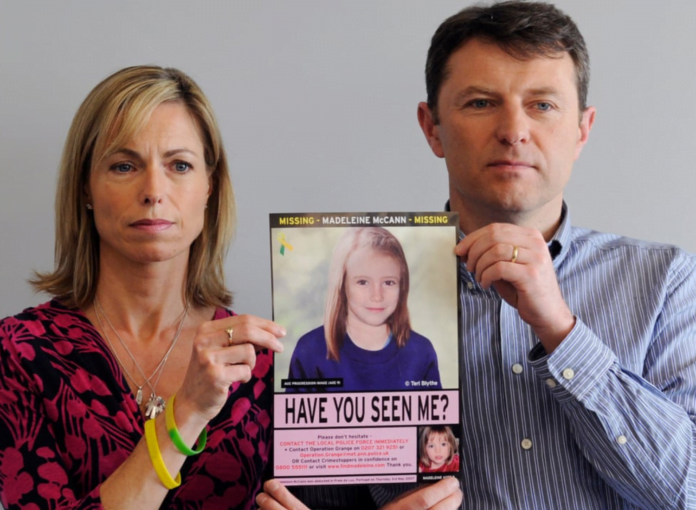 The McCanns arrived at Paraia da Luz, a beautiful village in Portugal with a population of a thousand people on 28 April 2007, to have a good time. But little did they know that this would be the last time they would be seeing their daughter.

Three-year-old Madeleine McCann vanished from a Portuguese holiday apartment 14 years ago. In the intervening years, a huge and costly police operation has taken place across much of Europe. The latest development is focused upon a German sex offender who is currently in jail. The German prosecutors are assuming that Madeleine is dead and are treating it as a murder inquiry.

Madeleine’s parents, Kate and Gerry, say all they have ever wanted is to find their daughter.

The Timeline of The Disappearance of Madeleine McCann

Here is the timeline of the case and everything we know till now.

Madeleine McCann, from Rothley, Leicestershire, was visiting the Ocean Club in Praia da Luz, Portugal, with her family on May 3rd. Her parents dined at a restaurant in the complex with a group of friends. Madeleine McCann along with her younger brother and sister—who are twins—lived in a 100-yard-away flat.

The grownups had created a rotation system to keep an eye on all of their kids throughout the evening. When Kate McCann’s time came, she realized that her daughter, Madeleine McCann, had vanished.

Cops were called, and the complex’s workers and guests started the hunt for her until dawn. Hundreds of more volunteers joined efforts to find Madeleine McCann in the next few days, including border police and airport personnel.

Madeleine may have been kidnapped, but authorities in Portugal believed she was alive and well. On May 26, police released a description of a man spotted with a child on the night of Madeleine’s disappearance.

In June, a Portuguese police commander stated that important forensic evidence may have been lost because the crime scene was not properly secured. British police dispatched sniffer dogs to help with the inquiry in July, and the McCanns’ apartment and rental car were also inspected.

Kate McCann was interviewed as a witness by Portuguese police on September 6th. On September 7, detectives declared the couple “arguidos,” and the McCanns returned to the United Kingdom a few days later. Prosecutors then stated that there was no fresh evidence to warrant their re-interrogation.

In November, Gerry McCann published a video in which he claimed his family was being observed by “a predator” in the days leading up to his daughter’s disappearance.

The McCanns issued sketches of a suspect on January 20th, based on a description of a “scary man” observed at the resort by a British holidaymaker.

In April, Portuguese police arrived in the United Kingdom to observe questioning conducted by Leicestershire Police of the McCanns’ dinner guests on the night Madeleine vanished. Mrs. McCann encouraged people to “pray like crazy” for her young girl on May 3, one year after she vanished.

By July, the case’s final report had been presented by Portuguese police. Authorities dropped their probe and lifted the McCanns’ “arguido” status a few weeks later.

Gerry McCann claimed it was “extremely frustrating” that authorities in Portugal and the United Kingdom had not been actively seeking for his daughter “for a very long time” in April.

The couple inked a book deal in November to write a book about Madeleine’s disappearance.

Madeleine, the McCanns’ book, was published in May.

The Metropolitan Police had also been invited to assist in the investigation by Prime Minister David Cameron. After that, there was a two-year review.

In an April broadcast of the BBC’s Panorama, Andy Redwood, the officer overseeing the UK investigation into Madeleine’s disappearance, said his team was “trying to bring closure to the case.”

A computer-generated image of Madeleine as a nine-year-old was revealed a day before Portuguese authorities said that their investigation would not be reopened.

E-fit photos of a man spotted holding a blond-haired youngster of three or four in Praia da Luz around the time Madeleine McCann went missing were featured in a BBC Crimewatch plea.

According to new lines of inquiry, Portuguese police resumed their investigation to run concurrently with Scotland Yard’s.

British detectives traveled to Portugal in January amid reports that they were planning to make arrests. In June, searches were conducted in Praia da Luz, including a scrubland region southwest of the Ocean Club complex. It didn’t turn up anything interesting.

Four suspects were questioned by police a month later, in July, but no new information was revealed.

The British government revealed in September 2015 that the probe had cost more than £10 million.

The four official suspects who were being examined by police were thrown out of the investigation in April 2017, but senior officials stated they were still following up on a crucial line of inquiry. The UK government announced in June 2019 that the Met Police inquiry, which began in 2011, would be funded through March 2020.

In June 2020, German investigators classified the case as a murder investigation and stated that Madeleine was presumed dead. Since a new plea for information was published on Wednesday, the Metropolitan Police in the United Kingdom has received more than 270 calls and emails.

The suspect, described as white with short, blond hair and a slender build, was linked to a camper van observed in the Algarve in 2007 and was thought to be in the resort region in the days leading up to and following May 3 that year, according to police.

In June 2020, British authorities revealed the identification of a German man as a suspect, later identifying him as Christian Brueckner, or “Christian B.” Brueckner, 43, was in and around the Praia da Luz resort area on the Algarve coast on May 3, 2007, when McCann vanished.

Bruecker allegedly told an acquaintance that he knew McCann while drunk. In 2017, German police received a tip on Brueckner, and an inquiry was launched.

According to crime analyst Mark Hofmann during the program, Christian B. is a criminal who has committed several financially motivated crimes such as burglary and drug trafficking. He does, however, have an even darker side.

According to the investigation, Brueckner sexually molested a kid in Germany in 1994 before relocating to Portugal and doing time for the alleged offense. Brueckner moved back to Portugal after returning to Germany to serve his sentence. Brueckner had a reputation for breaking into hotel facilities.

Christian returned to Portugal and resided in property around a mile from the crime location. According to the article, he revoked his automobile registration in the days following McCann’s disappearance and returned to Germany shortly after.

Brueckner’s cellphone data placed him in the region of the family’s vacation site around the time McCann vanished, according to German prosecutor Hans Christian Wolters, but detectives are still working to confirm that Brueckner was the person using his phone at the time.

According to the paper, detectives were able to link Brueckner to a Skype chat room for pedophiles in 2013.The evidence against him is circumstantial: he is a convicted pedophile who resided in the region, his phone was closed on the night Madeleine McCann vanished.

During a bar talk, he is said to have confessed to a criminal partner that he kidnapped Madeleine. Christian B’s claimed confession to the associate, who was later detained in Greece, was reported to Scotland Yard. The detectives traveled to Greece to question the associate, and the inquiry against Madeleine McCann was later redirected.

Christian B is currently serving a seven-year term in Germany for raping an elderly American widow in Portugal in 2005. He denies having anything to do with Madeleine McCann’s disappearance. Christian B is also being investigated by Mr. Wolters in Portugal for three other charges, including two sex assaults and the rape of an Irish vacation resort worker.

Even though the young girl’s body has yet to be found, detectives are confident that Christian B. murdered Madeleine McCann based on the evidence they have.

The prosecutor has already stated that he is conducting a murder inquiry and that he has proof that Madeleine McCann died in Portugal, however, he has not explained why he is so certain to her parents, Kate and Gerry McCann.

The investigation is still going on the German suspect. Will they ever find the now 18-year-old? Will Madeleine be reunited with her long-lost family? Or is she dead? Will they ever recover a body?

So many questions and yet we have answers to none. All we can do is hope that Madeleine McCann is still alive and that she gets reunited with her family.

Agatha Christie is one of the most renowned names of English Literature. Her works are both read by the masses and critically studied. Very...
Read more

Seth Rich, 27, was an employee of the Democratic National Committee. He was murdered...
Previous article
Temple Lepakshi and The Mystery of The Hanging Pillar
Next article
The Murder of Sharon Tate
Conspiracy theories