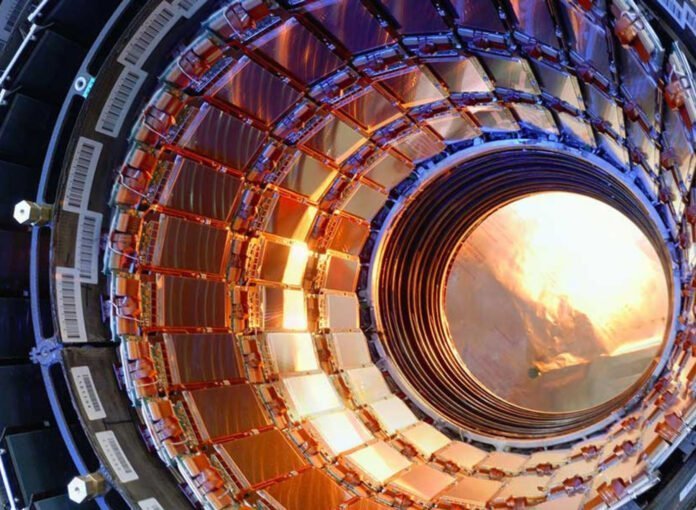 For all the fans of The Big Bang Theory, there is little to no need to explain what LHC stands for or what its purpose and importance for the world. The show gave quite the idea of what the Large Hadron Collider (LHC) does. Given that the show itself is based on two scientists that specialize in theoretical and experimental physics.

Well, just like the show, thousands of scientists around the world are trying to prove that physics is not a dead-end. And for this, the LHC is of immense help.

Table of Contents show
1 What Is LHC?
2 Is The LHC Dangerous?
3 Is The LHC Used For Sinister Practices?

The Large Hadron Collider is the world’s largest and highest-energy particle accelerator. It was built by the world’s biggest hub for scientific experiments, the European Organization of Nuclear Research (CERN). Its been up and running since 2008 and has a 27-kilometre ring of superconducting magnets that lie beneath the France-Switzerland border.

Scientists have been genuinely confused about the workings of the Universe and are trying to come up with possible answers that could explain our existence. For this, scientists use LHC to create conditions that existed during the big bang so that they could get answers about the most fundamental unit in the universe, the matter.

Physicists use the LHC to observe cosmic ray collisions that enter our atmosphere to understand the way matter works.

Various experiments are being performed at CERN. Scientists, physicists, and universities from all over the world have access and collaboratively work at CERN, but its primary purpose is to study particle physics.

Although it’s been used for good purposes, conspiracy theorists have been professing that there’s something nefarious happening beneath in those tunnels. This has worried people who probably think scientists have been doing more than just proving theories with this death machine.

Is The LHC Dangerous?

While the LHC has its merit of being the most powerful machine on the face of the Earth, it also has its defects.

Ever since its initiation, it had been shut down multiple times due to some minor issues and accidents. The first time it was shut down was for a long time between 2013 and 2015, called Long Shutdown 1(LS1), to upgrade and enhance its parts.

The LHC has been shut down again (LS2) starting from 2018 to 2021 for further upgrades to make it more efficient.

Its also been claimed that the particle accelerator has caused many earthquakes, for which CERN answered that calamities are part of nature and the high-tech machinery had nothing to do with it. It was also said that LHC was shut down for some time because a weasel got into it. Again, how clever should a weasel be to get into a super-secure building, where sensitive experiments are conducted.

The most reasonable claim for it to be dangerous is that it works on high-energy particles that could probably cause invisible damages to the environment, such as producing ionizing radiation. But CERN probably has an answer for this too.

Scientists say that the energy levels that are produced in the LHC are not very harmful compared to the cosmic ray collisions that are being observed from the Earth’s atmosphere.

Is The LHC Used For Sinister Practices?

From particle collisions to unlocking a magical box that probably has answers to all the questions that can ever exist, could the LHC be used for far worse things than just experiments about our existential crisis?

Say, the experiments that take place at CERN are to open portals to other dimensions (if only they exist).

Or aliens use this portal at CERN to communicate with people on Earth.

Or, LHC opens various portals through with scientists have been travelling to different dimensions and the parallel universes (to which there is no evidence as to its existence).

Or, the worst of all, to summon God or its contrasting element, Satan. Well, this is not some scientific fantasy TV show where a witch materializes out of thin air and mumbles some incantations to summon a demon god. (That’s the worst and best of it all. No wonder the human brain is complicated).

Well, it’s fascinating how many enigmas we could come up with. But CERN has answers for all these queries on its social media page. It says it only exists to understand and solve the mysteries of the Universe and that it will not open a portal to another dimension as there’s no proof for its existence.

It also answered that people in the organization work harmoniously, and it doesn’t exist with the aim of proving that God doesn’t exist or to summon a God. (If that was even possible)

NASA has been showing a steadfast improvement in the field of space technology. Not...
Previous articleHAARP: A Mind Control Lab Or Another Research Facility?
Next articleDid The Big Bang Really Start The Universe?
© Newspaper WordPress Theme by TagDiv