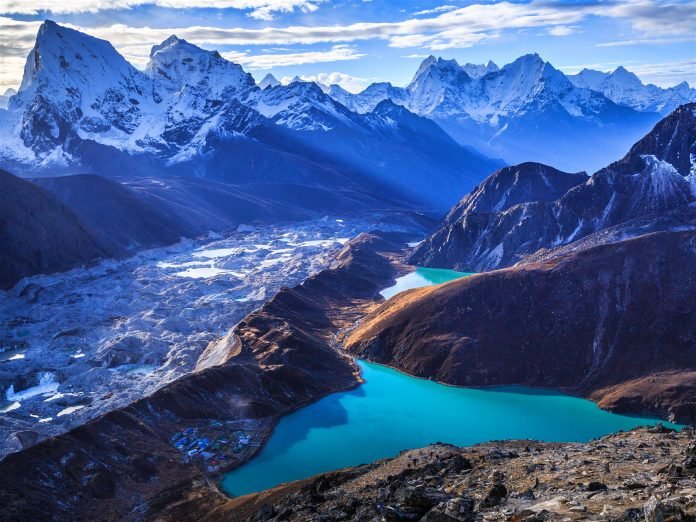 It might sound a little bizarre to some of us, but for the conspiracy-lovers, it is big news. India might be having its own UFO base in Himalayas! While there are a lot of ifs and buts around it, its time for us to keep the facts on the table.

All of us are aware of the Kongka La. It is the low ridge pass in the Himalayas in the disputed India-China border area in Ladakh.  The Chinese held northeastern part is known as Aksai Chin and Indian South West is known as Ladakh.

This was where the Indian and Chinese army fought a major war in 1962 and this is one of the least accessed areas in the world and by agreement, the two countries do not patrol that part of the border. They keep an eye on this area from a distance and apparently, are aware of the spanning developments regarding the UFO expeditions taking place here.

While this may sound perfectly rational, it all makes sense as to why the media coverage is so low in these areas, making them an ideal place to carry out activities which might be a threat to both the nations at large, along with the additional concern towards global security., about UFO.

The first evidence on this subject of UFO BASE popped up in June 2006,  when the google earth satellite imagery revealed a 1:500 scale terrain model of the area in a discussion on the Chinese side of the border. This detailed picture showed the model in question, being surrounded by buildings,  similar to the ones of a military facility, which seems questionable since neither of the countries has claimed to surveil this area, let alone harbor a military base here. The image was pulled down at the earliest, but it did;t fail to generate its clones all over the internet.

On interacting with the locals living on either side of the border, it has been claimed that there is an underground UFO base in this region, along with people citing incidents of having heard UFOs and seeing them going into the ground as well. The ‘flying triangular objects’ as reported by them, flew straight up to the sky and disappeared quickly. This area has a strict policy of tourist interactions, in spite of permits to travel between the two countries. Numerous reports from Ladakh have stated citings of UFOs on a regular basis, though these have always been hidden under the labels of ‘Chinese Fire Lanterns’.

A piece of earlier evidence on the same was reported in 2004 IN TGE Lahaul-Spiti region of the Himalayas, in Himachal Pradesh, by a team performing an expedition, headed by Dr. Anil Kulkarni of ISRO’s Space Applications Centre at Ahmedabad, consisting of geologists and glaciologists. They have filmed a four-foot humanoid walking along the valley, becoming airborne and then disappearing into thin air, through UFO’s This encounter lasted for about 45 minutes and was presented as evidence by fourteen people, including the scientists. Dr. Kulkarni later submitted a verified detailed report of the account, to the PMO, and ISRO.

In the geographical context, this is the region where the strange convergence of Indian and Eurasian tectonic plates has been noted. The overlapping of one plate by the other has resulted in the earth’s crust becoming thicker than the other regions around the globe. The thickness is said to be almost double of what is usually observed generally. The geography of this region is interesting to take note of, perhaps. The physical conditions are said to be an important factor why the extraterrestrial inhabited this region.

The liberty of creation of underground bases, deep under the tectonic plates is something that is not feasible everywhere. Another troubling factor comes from the fact that the kong ka la region is enriched with beautiful rocks and granites, but neither of the governments has ever tried to excavate the area. While most of you believe that the governments  of either country are aware of the situation, I personally believe we cannot accuse them of that, however the only surprising element in the whole fun fact arrives in the form of a strange behavior from the most populous countries of the world to give up on the opportunity of resource exploitation for no particular reason.

A religious story in a scientific discussion is as important as pineapple is to pizza. Some Hindu pilgrims noticed strange lights in the night sky which looked like silent luminous crafts, emerging from somewhere below and moving steadily towards the sky in a vertical manner. Their curiosity led them to the area which the Chinese authority had denied entry permission to. They tried to ask permission from the Indian side, but to no one surprise, it was denied too. The guide on being questioned said that such cases of the encounter were spread across the area. Indian security personnel revealed that the incidents of these shiny objects (apparently UFOs) with amplified and modulated lights appearing from underground are true. However, unauthorized personnel could not enter the area, they claimed.

In 2012, a 160km long, ribbon-shaped object was noticed, above the Pangong Lake. Pangong Lake is located between Indian and Chinese borders. The analysis by the Indian army involved a ground-based spectrum analyzer capable of detecting frequencies emitted by different objects. What comes as surprising is the fact that while the object was crystal clear to the naked eye, the analyzer failed to pick up frequencies, thereby clearly giving an indication that the object was non-metallic. A reconnaissance drone was also used for testing purposes and made to gather information but as the drone reached its altitude limit the object vanished. For a few Indian army men, the object looked like a piece of cloth drifting towards the Pangong Lake, situated in the closed domain of line of control.

The ITBP( Indo-Tibet Border Police Form) and the Army have reported unusual sightings, which as said before, were visible to the naked eye but not detected by the radar. The reports sent to the Delhi headquarters and the PMO, described the sightings as “Unidentified Luminous Objects: and sighted during both o time, day and night. The bright objects are said to be spherical in shape and appear to arise from the Chinese side of the horizon and traverse three to five hours before vanishing. The ITBP has also claimed such sightings, and in 2012 alone, 100 such sightings were reported. What makes these reports all the more believable are the claims by the locals who have narrated the incident of sighting strange flying lights and giant objects. In a painting competition organized by a school, more than half of the students drew strange objects flying in the sky.

The absence of scientific evidence due to its difficult and entrenching terrain, rumors have taken more space than facts and figures. Analysis of the previous records by the experts has pointed out the abnormality in the region. The repeated nature of appearances of these terrestrial objects forces one to believe that something is up with this area, but without any concrete basis and scientific explanations, popular media has chosen not to discuss it. Many officials also believe that the mysterious objects could be a result of the crude activity by China or low key investigations to determine India’s strength in the Ladakh region. Could the demography and geography of the great Himalayan ranges be blamed for the unusual sightings?

While our convenience and good logic will always force us to choose sides (and we know we’ll be unable to do so), concluding it to a natural occurrence would be very delusional on our part. But in the light of reality, one cannot just rely on the accounts given by locals, who are few and not educated enough to base their realities on a concrete foundation. Till then, let’s hope something phenomenal comes out of this and that none of us are too rigid in our approach, after all, everything looks stupid, sounds stupid until it actually happens.

A trip to Paris sounds nice, doesn't it? The Eiffel Tower, centuries of history, and so much more. Does a tunnel system, however—that leads...
Read more

The “Cave of Darkness” residing on the Mediterranean island of Malta provides the evidence of man’s presence even before 2000 years before the Pyramids...
Read more

Seth Rich, 27, was an employee of the Democratic National Committee. He was murdered...
Previous article
Simpsons predicted the future.
Next article
The Reptilian Elite
Conspiracy theories