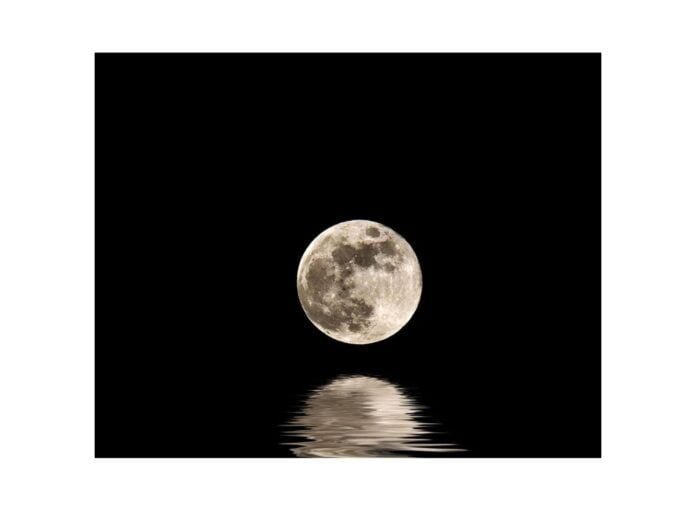 From the time we were born, we were made to believe that some white, round thing in the sky appears every night and vanishes every morning, the widely romanticised moon. As we grew older, we began to learn the scientific reasons why certain things happen the way they happen.

You must have heard, read or witnessed in some way the moon landings that occurred in 1972 by the first man ever to set foot on the moon, known as Sir Neil Armstrong. But what if there is no moon And it’s some hidden base camp for some extraterrestrial research, and they even might have a fully-functioned society there, at a time when humans are exploring the possibility of life, some habitable planet in case a backup is required? Let’s find out.

Table of Contents show
1 The Originator Of The Theory.
2 What Did He Actually Find In The Photos?
3 What NASA Has To Say:
4 Final Words

The Originator Of The Theory.

Any guesses? Yes. It’s the internet again. One Scott C. Waring first wrote about this thing on his website. And it has spread like a forest fire since then. He claimed to have seen two photos in NASA image Atlas in 2013 that was deleted at the very moment. The evidence would have confirmed that the moon is 100% fake and what we see is an ALIEN SPACE STATION, entirely operated and active.

What Did He Actually Find In The Photos?

Scott found a photo of a Giordano Bruno crater — a 14-mile-wide (22 kilometre) crater that lies on the moon’s far side. There were some destroyed or damaged “structures” that could be a hundred million years old. That there were indications of existing reflective roofs and ships in those photos. He concluded that the “alleged” moon, in reality, is covered in debris to make it look like a celestial body when it opens like a gate and allows the spaceships and UFOs to get in and out. How fascinating, isn’t it?

He explained how there is a “dark side” of the moon where there is an active, nurturing society of aliens.  He accused NASA’s incorrigible behaviour of hiding such prominent things from the general public and making a fool out of them.  If this is true and the moon is a hoax, it’s also indicative of the evidence that NASA faked the 1972 moon landings as there is no existence of a moon only. These are some serious accusations he put on the world’s highly recognised space research centre.

What NASA Has To Say:

These claims had caused quite a stir in its time. Everyone wanted an answer, clarification or justification from NASA. And the members of NASA, in an interview, provided people with that. When they were questioned regarding the claims and accusations put forth by Scott Waring on them, they simply refuted those claims. They denied the possibility of such crazy findings as they wouldn’t be able to hide such a time for quite a long time. It’s just not reasonable.

Moreover,  they simply turned Scott’s interpretation of photos into the psychological phenomenon of “PAREIDOLIA”, in which familiar objects, shapes or patterns can be seen in very unrelated, futile objects that mark the coincidence of the visibility of such things in such objects just like seeing an image of a bear in the clouds.

The same explanation was given during the time of the conspiracy theory that there was a print of a face on the soil of Mars, which is nothing but a combination of rocks.

This theory has no decent backing but a series of claims only. Calling the moon a hoax would require more than only two photos that are not even in existence in the present times. However, there is always a chance for every kind of possibility.

Besides, it’s suitable for a tickle in the grey cells of your head that intrigues you to read such exciting theories. A section of people still believes it, even as small as 5% of the population. You can think about it while looking at the “moon” tonight.

Illuminati: a Concept of Depth, Interest, and Secrets.

NASA has been showing a steadfast improvement in the field of space technology. Not...
Previous articlePsychokinesis: A hoax Or A Mind-Bending Ability!
Next articleCan NASA Travel Faster Than Light (FTL)?
© Newspaper WordPress Theme by TagDiv