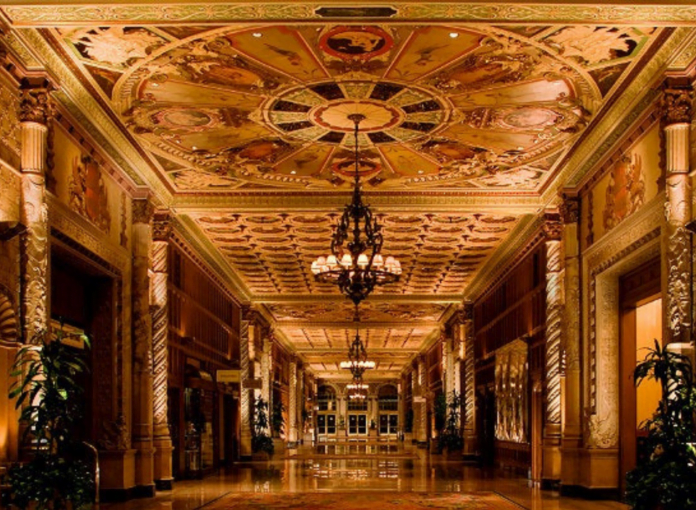 The Millennium Biltmore hotel of the Bowman-Biltmore group, located in Downtown California, Los Angeles is one of the most expensive and lavish hotels in the United States. Named Los Angeles Biltmore Hotel initially, it was opened in 1923 as the largest hotel in the west of Chicago.

You might recognize this hotel from many of the TV shows and movies shot here. Independence Day, Ocean’s 11, A Star Is Born, Spider-man, The Good Place, The Ghostbusters, Charlie’s Angels, That 70’s show and Taylor swift’s music video of Delicate are only some of the most notable projects shot in this hotel. It also hosted the Academy Awards from 1935 to 1939.

Apart from its lavish and luxe interiors, something else sets this hotel apart from the others; it is a supernatural magnet. Yep, the Biltmore Hotel is haunted. It is one of the most haunted hotels in the entire world.

More commonly known as Black Dahlia, Elizabeth Short is one of the most sighted ghosts in the hotel.

On 15th January 1947, the corpse of Short was found along a street and was thought to be the two halves of a mannequin. Short was naked, neatly cut in half, gutted, drained of all her blood, and a smile was carved into her face, commonly known as the Glasgow smile.

Her corpse was thoroughly cleaned before being dumped along the street. The crime was never solved, but Short was seen at the Biltmore hotel, which made the hotel more famous than it already was.

The guests have reported seeing a lady with dark hair wearing a dress from the 1940s. She is usually seen riding the elevator, roaming the halls and lobby before disappearing into a wall.

A man once reported that there was another woman with him in the elevator, with black hair. On the sixth floor, the lady just disappeared, and when the man saw a crime book a couple days later, he recognized the woman as Elizabeth Short.

Other Ghosts Sighted At The Biltmore Hotel

Elizabeth Short is not the only ghost seen here. Many have reported that they saw a group of soldiers marching through the halls, which relates to the fact that the hotel hosted rest and recreation for World War II. A nurse’s spirit is said to haunt the second floor, where the beds for soldiers were set up.

Apparitions of children are common as well. Many guests have reported hearing distorted childish giggles, and many have sighted a little girl. Others have reported seeing the ghost of a little boy with no facial features on the roof.

The stories told by the staff are creepy and exciting. In a video by famous youtuber Sam and Colby, a staff manager told them about an incident where a girl was drawing on the wall in the middle of the night. With blood. Her menstrual blood. The next day, the girl remembered absolutely nothing. Creepy and terrifying, right?

The 10th and 11th floors of the Biltmore Hotel are said to be the most haunted floors due to the sightings of Elizabeth Short. The presidential suite, a two-story lavish suite on the 10th floor, is said to be the most haunted room in the entire hotel. This is the room where the alcohol was hidden during the Prohibition Era by famous gangsters like Al Capone and Bugsy Siegel.

So to sum it all up, the Biltmore Hotel is lavish and outstanding if you want to have a thrilling and scary ghostly experience. If you don’t like ghosts (as most people don’t), there is no need to worry because many guests don’t experience anything paranormal.

You Must Be Curious— What Is Antimatter? Before we understand antimatter, we should understand the matter. The matter is anything that has mass and occupies...
Read more

Ashoka, also widely known as Ashoka The Great was the third ruler of the Mauryan Empire. Ashoka is one of the most illustrious kings...
Read more

Seth Rich, 27, was an employee of the Democratic National Committee. He was murdered...
Previous article
Elfin Forest—The Forest of The Witches
Next article
Cerne Abbas Giant—The Mysterious Hill Giants of England
Conspiracy theories