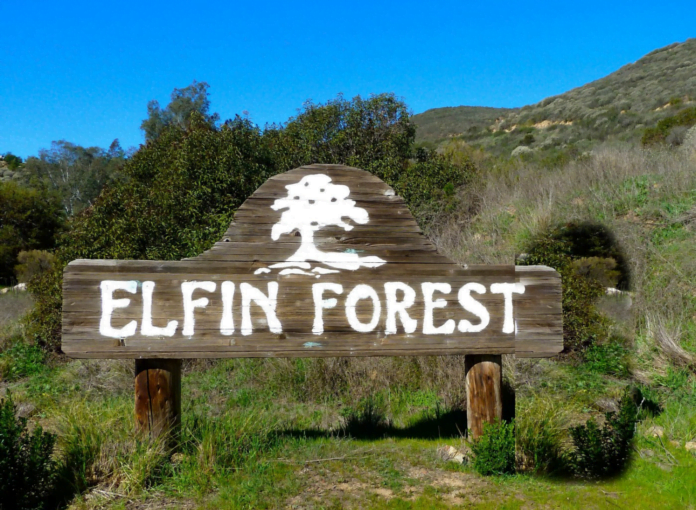 Just southwest of Escondido in California lies the beautiful forest of Elfin. The name sounds like something out of a fairytale, doesn’t it? But don’t judge a book by its cover because this place may be beautifully dangerous. It is in fact one of the most haunted regions in California.

You see, this place is haunted by a witch, thirsty for revenge and the blood of her enemies. Not only that, but in the Elfin Forest and the surrounding areas, there are hundreds, if not thousands of stories, folklores and sightings of ghostly creatures.

A wicked witch seems to be misusing her power. Harmony Grove is home to a sect of psychics and other occult practitioners that dwell within the woodland. They love interacting with guests about the many paranormal impacts on the property, and they keep many of the Elfin Forest stories. According to rumors, they were once involved in considerably more sinister activities than palm reading and Tarot.

The White Witch of Elfin Forest

A family of three was walking the woods many years ago, exploring and enjoying the day. It was a different period, probably a more dangerous time, so the villagers weren’t surprised when the family didn’t return for days. Finally, a lone individual tumbled down the hill. Even through the grime and ripped clothes and the sight of absolute dread in her eyes, the villagers recognized her as the family’s lady, the wife and mother.

She said that her husband and son had been murdered. A gang of men sprang out of nowhere and attacked. She was able to flee the scene, but everyone she cared about was torn apart. The residents of the town welcomed her with open arms and cared for her till she recovered. The dread in her eyes faded over time. It was replaced by a savage, cold fury.

The woman seemed to transform into a new person as she spent her days reading old books with unusual characters, and her nights meeting with even stranger people from local native tribes. She eventually stated that she was ready.

Dressed in all white, she walked into the woods and was never seen again. Nobody at the time knew what she was ready for exactly, but they knew getting in her way would only lead to pain or worse.

Hikers and campers in the Elfin Forest reported witnessing the ghostly form of a woman drifting around the countryside as the years passed. She went incredibly rapidly at times and agonizingly slow at others. Attempting to communicate with her was pointless since she would simply vanish, but everyone who came into contact with her quickly packed up and left. They claimed that the facility had simply become spooky. They didn’t have a good feeling about themselves.

White Lady stories are popular in ghost lore, and they frequently emerge after a murder or suicide. This woman seemed to have become one on purpose, seeking vengeance on those who murdered her family.

However, according to the mystics of Harmony Grove the White Lady had finally found her peace and went on to the next realm. The sightings have indeed dwindled. They haven’t completely vanished though.

Who knows if she’s still out there looking for the people who slaughtered her family? What will she do if she manages to track them down?

The Gypsies of Harmony Grove

The Harmony Grove’s gypsy resides in the woods, provides readings, and enjoys educating hikers, ghost hunters, and other tourists about the forest’s many otherworldly inhabitants. These people will be delighted to assist you in discovering what lurks in the woods. The gypsy was relatively isolated, but they did make friends with the other populations in the area and shared some of their activities over time.

They once said that dozens of Indian youngsters have been hurriedly buried upright in the hills near Spook’s Canyon. The Gypsies expressed an interest in speaking with them. A local spiritualist soon claimed repeated sightings of “packs of children, running and playing” in the early morning hours. She didn’t recognize any of the youngsters, and she didn’t know any Indian families in the neighborhood who wore the traditional attire.

In recent years, unexplained footsteps have been discovered in the forest beside a concrete pipe. Some claim these are the lingering hauntings of these Indian children, despite their appearance as dried paint. Other ghosts and spirits can also be seen from time to time. A “proper English gentleman” wearing an ancient stovepipe hat and carrying a lantern in a rowdy manner is most common after the children.

Harmony Grove is the name of the former Gypsy community today. It’s still teeming with occultists and paranormalists, and it’s a hotbed of paranormal activity.

Regrettably, but predictably, the original nomadic dwellers of Harmony Grove soon clashed with the adjacent municipalities. An outraged mob drove them out, and several of them were killed as the others escaped.

They had enough time to perform one more, horrible ritual while running ahead of the mob with only a few minutes’ notice. They cursed Elfin Forest as a whole and incited their spirit companions to wrath and revenge. One of the gypsies is supposed to have stayed behind and is still there now. She transforms into a hooded woman riding a black steed.

Make sure you get out of the forest before sundown because it is believed that if you see a green planked swing hanging from a tree after 9 pm, then there is a good chance that you’ll see the hooded woman.

Just make sure she doesn’t see YOU.

NASA has been showing a steadfast improvement in the field of space technology. Not...
Previous articleAre The Astra of Mahabharata Today’s Nuclear Weapons?
Next articleThe Haunting of The Millennium Biltmore Hotel
© Newspaper WordPress Theme by TagDiv