Is The Ghost Town of Cerro Gordo Haunted? 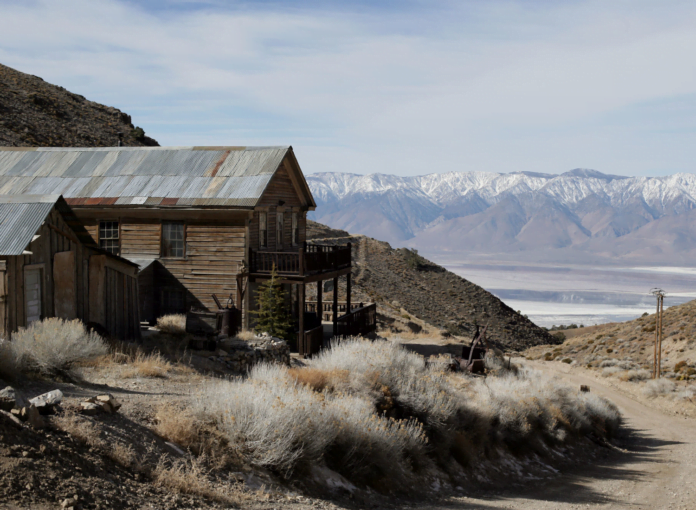 Cerro Gordo, a ghost town, near Lone Pine in California used to be a town of bloodshed, death and chaos overlooking the death valley. From brothels to skeletons to mines overflowing with silver, zinc and lead, this place was something out of a cowboy movie. It used to be the most violent town in America, but that was before it went to the ghosts, and turned into yet another dead swathe of Western land.

Brent Underwood, a 32-year-old entrepreneur, purchased the town with his partner for $1.4 million in 2018. But did Underwood escape the bad luck this town has been known to bring? Or is he in the bloody grip of it?

Table of Contents show
History of Cerro Gordo
The Silver and Lead mines
The Murderous History of The Town
The Lost Silver
Is Cerro Gordo haunted?
The American Hotel Fire
Conclusion

This is a story about the past, present and future of a terrible town that many believe is cursed due to its violent and gory past. A number of varied incidents have taken place in this town over decades that make the assumption of the town being cursed somewhat believable.

The Silver and Lead mines

In the 1860s, when California was still a wilderness tormented by vicious men looking for treasures, Mexican prospectors first explored the peak they dubbed Cerro Gordo, meaning “fat hill,” in quest of silver. Three of the five prospectors were killed when a gang of Native Americans ambushed them on the hill.

In 1863, European soldiers chased 35 Paiute Indians down the mountain into the now dry Owens Lake, where they were killed as they attempted to swim away.

In 1865, a silver vein was discovered in the hills, and the town quickly became California’s largest producer of precious metal. Over the course of its brief, rich history, it may have earned $50 million in today’s money from its rich mines. Cerro Gordo was the largest producer of the two between 1865 and 1938 when its supplies ran out.

The silver ran out in 1880, only a decade after its chaotic pinnacle, and the smelters were shut down. The boom turned to bust when a fire devastated the saloons and brothels. “Fat Hill” had become a ghost town by the 1890s.

When zinc was discovered in the hills in the 1910s, the town saw a brief second boom, but by 1938, the last inhabitant had fled, and Cerro Gordo stood quiet on the hillside, abandoned for more than half a century.

The Murderous History of The Town

Due to its remote location from Los Angeles, law enforcement left its 5,000 citizens to their own devices. The community used to have roughly one murder every week, and miners would place sandbags in their bunks to keep stray bullets out at night. There are bullet holes in the walls, bloodstains on the saloon floor, and a cemetery where hundreds of miners are buried.

No one was spared the carnage. Two kids died after becoming trapped in a steamer trunk, and no one went down to collect the bodies of 30 Chinese immigrant miners who were entombed in a collapsed mine shaft.

Cerro Gordo’s final known shootout happened on December 29, 1892. Over an electoral disagreement, Billy Crapo, a French-Canadian engineer and former postmaster of the town, shot and murdered the new postmaster Henry Boland and a companion as they went past his residence close to the American Hotel.

The next morning, a posse set out from Keeler, a town nine miles down the hill, to find Crapo and claim the $500 bounty on his head.

Right below Cerro Gordo was a huge lake called Lake Owens. After the silver was mined, it needed to be transported to Los Angeles through this lake via steamships. One time when the silver was being transported to Los Angeles in a steamship called Molly Stevens, it sank along with all the silver. The lake has since dried up and it is believed that there are millions of dollars worth of silver buried under it.

Every property in Cerro Gordo has a story to tell, and it’s thought that there are a lot of spirits roaming around because of all the murders and deaths caused by mine collapses.

Underwood claims to have witnessed weird events such as books falling off shelves and lights turning on in closed, deserted buildings.

Even the team of the TV show Ghost Adventures has once explored Cerro Gordo for ghostly activity. They believe that the ghosts of two children are trapped in the Belshaw House’s closet, which was erected in 1871 and is where Underwood has been living.

According to Underwood, a rumor has it that 30 miners were trapped in one of the mines beneath Belshaw House when it collapsed, and no one went to rescue their bodies, so their bodies are still there today. So basically, there are a LOT of bodies and spirits down there.

The American hotel fire is believed to be caused by an apparition that was seen the night before by the caretaker.

Underwood has been trying to restore the place and keep the artifacts and old buildings safe but sadly, tragedy struck on June 15 when the American Hotel burnt down due to the midsummer heat that warmed Death Valley to a typical 100 degrees and a fierce wind blew off Mount Inyo peak from the north. The hotel, the ice house, and Billy Crapo’s house were all engulfed in flames when Underwood awoke at 3 a.m., powered by strong winds. The hotel’s propane tanks suddenly exploded, destroying the plot.

Underwood believes the fire was started by electrical wires that ran through the desert-baked timber walls, which were insulated with old newspaper. Although he suspected that it could have been caused by a ghost, reporting that a “shadowy apparition” had been seen in the hotel kitchen the night before.

A community that has always been marked by greed, murder and fire may have a way of enslaving you. In Cerro Gordo, you’re only a hero until you’re not in the shifting sands of the high desert. When asked about the bad luck in Cerro Gordo, Underwood responded that, aside from ghost stories, he feels that people like him who try to create a home in the community face a dark fate. It is very easy for Ghost Towns to gain the status of haunted. India has it’s very own allegedly haunted ghost town. The truth about these, however, is for you to decide.

Will Underwood be successful in his quest to restore Cerro Gordo? Or will Cerro Gordo’s dark fate get the best of him?

The Loch Leven Castel, one of the beauties and tourist attraction for Scotland is located on an island. It was in use till the...
Read more

Leonardo da Vinci was an esoteric 15th-century artist and thinker of Italy, whose mysterious...
Previous articleThe Ploutonion at Hierapolis: The Gate to Underworld?
Next articleIapetus: Natural Satellite or An Alien Death Star?
Conspiracy theories