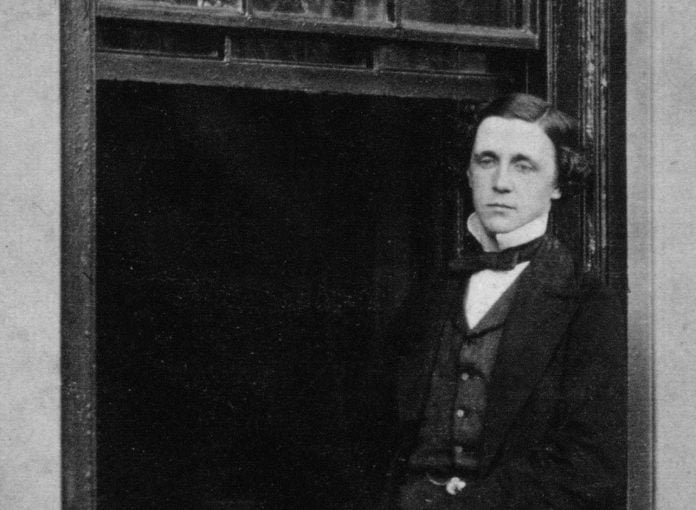 When we were growing up, one book that we had or at least heard about is Lewis Carroll’s Alice in Wonderland. This book is arguably one of the most popular children’s fiction of all time. Children and literary critics have read it with a lot of interest.

Critics have pointed out that the book is much more than just a children’s book. It discusses in detail concepts of logic, psychoanalysis, physiognomy, etc. The thing about literature is that we never know a lot about the author or the purpose with which the author writes a particular book. All we have is the written text, and therefore, it is interpreted in several ways without any restrictions.

Thereby, there have been numerous and varied interpretations of the supposedly children’s book Alice in Wonderland and many suspicions, allegations, and conspiracy theories about the author Lewis Carroll’s life. In this article, we will discuss them one by one.

Table of Contents show
Alice In Wonderland: Fantasy Or Insanity?
Lewis Carroll
Jack The Ripper
Was Carroll Jack The Ripper?
How True Is It?

Alice In Wonderland: Fantasy Or Insanity?

Lewis Carroll’s Alice in Wonderland is supposed to be a children’s book, but many people believe otherwise. Some say that the book has many hidden pedophilia examples, while others say that it is, in fact, about drugs and their influence. Lewis Carroll was Charles Dodgson’s pen name. His books about Alice were inspired by one of the daughters of his friend Liddell. The Liddells were three sisters and what most people find amusing is that Carroll chose to write stories only about Alice.

Also, Carroll would take Alice for boat rides, and at that time, all of this was very unconventional. Today people say that Carroll was obsessed with Alice, and not in a friendly way. Apart from these two interpretations, there is a third one that suggests that Alice in Wonderland was a political allegory. The quick-tempered queen, they say, is a representation of Queen Victoria. We come across Alice in Wonderland as this enigma between childlike innocence and darkness.

According to a BBC documentary, Carroll loved photography, and he would often take pictures of Lidell’s girls, especially Alice. Carroll was fond of children and especially of little girls. This has been concluded from most of his diary entries and written works.

He chose to write books about a little girl and was obsessed with her is what gave wind to the fire of conspiracy theories that surround Lewis Carroll today. As mentioned above, Carroll has been declared a pedophile by some, drug addict by others, and so on.

In the late 19th century in England, especially in 1888-89, there was horror due to the series of around a dozen murders committed. This mysterious serial killer was popularly known as Jack the Ripper. The name originated due to the letter written by somebody who claimed to be the murderer. The letter was believed by many to be a hoax but the public stuck to the name Jack the Ripper to address the murderer. Most of his victims included prostitutes who lived and worked in the slums of the East End of London, and all of them were killed by slitting the throat.

Was Carroll Jack The Ripper?

In a 1996 book, Jack the Ripper, Light-Hearted- Friend, Richard Wallace proposed that Lewis Carroll and his colleague Thomas Vere Bayne were responsible for the Jack the Ripper murders. Carroll especially, had a second alter ego, which was that of Jack the Ripper.

He based this theory on several anagrams derived from passages in Carroll’s works. He believed that Carroll had confessed to the crimes that he had committed in his writings. With the already existing controversial reputation that Carroll had, many people wanted to believe this theory, and Carroll started being considered a suspect for the murders. One may think that there must be some truth to what Wallace had written in the book because of the effort he put in proposing this theory.

However, one may also think that Wallace was another psychopath who, out of nowhere, came up with this absurd theory. We must know that Carroll is known to have a troubled childhood, and as Wallace suggests, there could be a possibility that his childhood caused him to suffer from a psychotic break for the rest of his life. It has also been found that geographically, Carroll was within public transport’s distance from the murder sites.

How True Is It?

Lewis Carroll did indeed have a distraught and mysterious life. People continue to interpret his works in all kinds of ways today. Whatever they say, the fact is that his books are critically acclaimed and have been looked at as brilliant works involving psychological analysis and smart wordplay. About the theory regarding the murders, biographers of Carroll, who claim to have studied his life in detail, argue that there are severe flaws in Wallace’s theory and refuse to believe it.

For almost a year, the entire DOTA 2 community have been looking for signs, symbols, basically, scraps that suggest to the existence of a...
Read more

Historical Background The word 'Illuminati' is the plural of the Latin Illuminatus which means revealed or enlightened. Historically, the name refers to the Bavarian Illuminati, a secret society founded on...
Read more