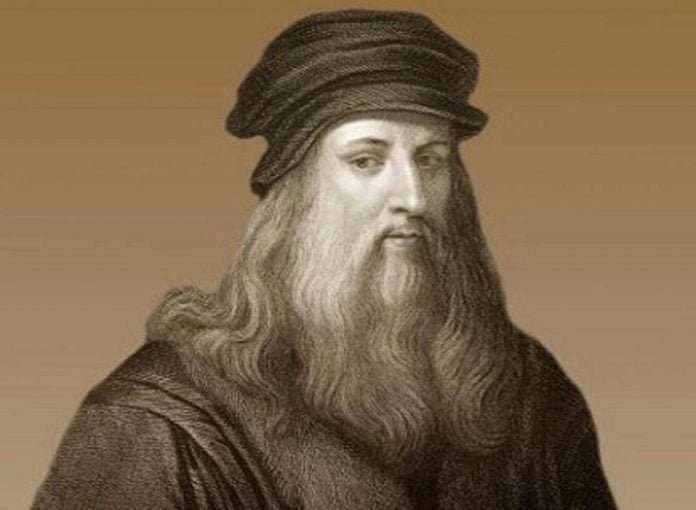 Leonardo da Vinci was a 15th-century artist and thinker of Italy, whose mysterious paintings and theories are still indecipherable to modern scholars and scientists. His queer personality and unusual way of living also made him an exceptional and noteworthy character of the early renaissance.

Let’s dive into the article to read some lesser-known facts and speculations about the famed medieval personality.

Leonardo da Vinci was born to an unmarried woman named Caterina on 15th April 1452. Although it may sound unfortunate, his birth became his blessing in disguise. Being born out of wedlock, he was seen as an outcast by upper elite class Italians. He did not feel compelled to take formal medieval education. As a curious natured person, he chose to study whatever interested him, from theatre arts to wave dynamics; he observed everything and proposed his theories on various fields.

Leonardo mostly depicted men in his artworks as exposed and muscular, and women covered up and typical. He was well known for having affairs with male escorts and was even prosecuted for it.

As medieval Italy was more liberal and accepting, his sexual orientation never affected his career. There are some opinions that he was involved in sodomy in his twenties and was to command to be executed by the Duke, but Leonardo da Vinci escaped and lived in secrecy.

The renaissance artist’s well sought-after painting is Mona Lisa, Portrait of a mistress, which looks ordinary and dull at first glance. But on the closer look, it seems like her piercing glance that follows us. Her flickering smile, which vanishes when we focus on her lips and appears back when he focuses on the whole portrait, puzzles many artists.

Leonardo mentioned this artwork represents “happiness” as the central theme, so he deliberately worked on this masterpiece for several years studying human facial muscles and their movements around lips to depict this alluring smile accurately.

Some artists are also more interested in the scenery behind the woman, theorizing which location in Italy is could be and why it is depicted so.

The Stunning Mural of the Last Supper

Next to Mona Lisa, the following remarkable work of Leonardo da Vinci is The Last Supper, a mural in the convent of Santa Maria Delle Grazie, a church in the city of Milan, Italy.

Leonardo described the mural as a depiction of the moment in the final gathering of Christ with his disciples when He announced that one of His apostles would betray Him.

The mural was famous for varied expressions on the faces of the disciples and how Christ is symbolized as being isolated from them. There were numerous speculations about this masterpiece that Leonardo da Vinci left hidden messages in this painting like Jesus had a wife called “Mary Magdalene ” who was disguising as one of his disciples in this painting.

Some scholars even believe that Leonardo da Vinci was one of the members of a secret society who knew this shocking truth about Jesus’s marriage, so he conveyed this hidden message in this mural.

Collection of Notes With Encrypted Handwriting

Leonardo da Vinci’s notes and diagrams were very cryptic and confusing. His notes are collected and wound together randomly as a three-volume manuscript called “codices.”

Most of his notes were written in mirror writing, i.e., the texts were oriented in the right to left direction and could only be read in a mirror. Some theories suggest that he thought his advanced findings should be indecipherable and not used for immoral purposes.

The majority of notes and diagrams are about engineering models, human anatomy findings, wave dynamics, weapon models, etc. Those are very advanced technologies even for our times.

Some of his theoretical working models that are developed and used now are,

Though he had working theories of these instruments, there is no evidence of him experimenting with them. It raises speculations about his inventions being used secretly by secret societies to wage wars, so they could have been destroyed later for the greater good of humanity.

Even 500 years after his existence, his contributions to science and art are unparalleled by any other scholar. Living life differently, with his own rules and musings, Leonardo da Vinci continues to be an interesting personality of the past.

Imagine some catastrophic mass slaughter wiped off one third of your people off the planet, and there is a crowd in the back shouting...
Read more

The Flat Earth Society? Why do People think we live on a Plane Surface?

Imagine that you're walking out on a nice day and see the road sprawling straight and evenly in front of you. The trees and...
Read more

Seth Rich, 27, was an employee of the Democratic National Committee. He was murdered...
Previous article
Zachary Taylor: Murder Or Death By Cherries?
Next article
Lewis Carroll’s Hidden Messages In Alice In Wonderland
Conspiracy theories