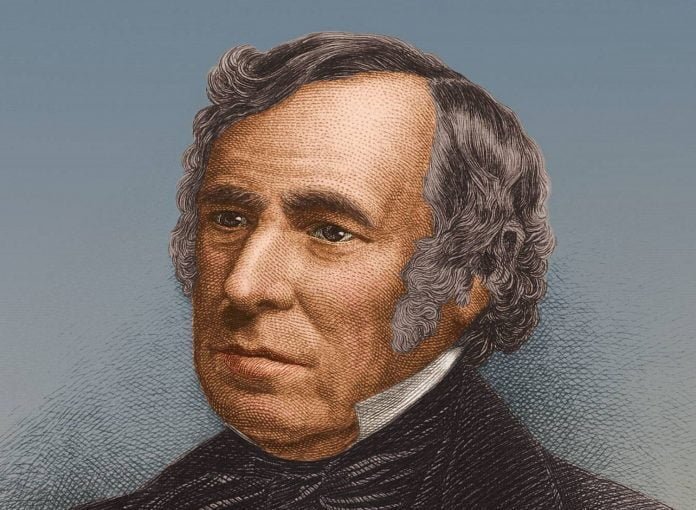 The deaths of famous people get subjected to a lot of scrutinies and, well, conspiracies. One of these notable ‘deaths’ was that of former US president Zachary Taylor. It is a tale that will keep you interested up until the end. So read on.

Zachary Taylor was born on the 24th of November, 1784, in Orange County, Virginia. He belonged to a family of plantation owners. He lived on a plantation for a significant part of his life, owning about 80 slaves, close to Baton Rouge, Louisiana.

In 1808, he had obtained a commission as the first lieutenant in the army. It was during the Mexican-American War, which began in 1846, that he gained national attention. Taylor’s troops earned one victory after the other in the Battles of Monterrey and Buena Vista.

One thing led to another, and just two years later, he emerged as the presidential candidate for the Whig Party. It may be interesting to note that before he ran for president, Zachary Taylor had never voted during any election previously.

Given Taylor’s background, people rallied around him, expecting a continuation of the brutal tradition of keeping slaves. Slavery was a big issue at the time of the election, and Taylor was entering his reign as president with a significant burden.

One of the first crucial decisions he had to make was concerning the Fugitive Slave Act of 1793 and the Compromise of 1850. The former was a law that made it mandatory for all citizens to return runaway slaves to their “owners.” People who didn’t report runaways were liable to punishment, and slaves were denied a chance to go to trial or even testify for themselves.

Zachary Taylor’s stance on slavery soon became clear when he opposed any strengthening of the Fugitive Slave Act. During these times came American Independence Day.

On the 4th of July 1850, President Zachary Taylor was in Washington, attending a ceremony where he lay the Washington Monument cornerstone. Given the warmth of the day, it was natural that the president sought refreshment.

He was force-fed opium, quinine, and calomel (a mercury chloride solution). Needless to say, nothing helped. Zachary Taylor succumbed to his illness four days later in the White House.

The whole conspiracy came into being through one woman who suspected something fishy about Taylor’s death. Clara Rising, a retired humanities professor, felt that Taylor’s contemporaries had more than enough reason to assassinate him as he was not going to support the Fugitive Slave Act.

She was convinced he was poisoned and even said arsenic was the cause. Arsenic in the 1800s was widely in use. From women’s beauty products to being an ingredient in hair dyes, arsenic was an ideal choice as it didn’t have a taste or smell.

Rising’s suspicions gained enough weight that Taylor’s great-great-great-great grandson came into contact, and the former president’s remains were exhumed. The medical examiners did find arsenic is flesh tissue, bone, and hair. However, the arsenic levels were so low that the medical professionals deemed the quantity naturally occurring and not lethal.

Bad Cherries It Is

This tale is sure full of twists and turns. If we try to understand the medical situation according to the time, we can get a closer look at the actual picture. Doctors relied on the patient’s description of symptoms to prescribe medication, and no antibodies were analyzed.

We believe that the fresh, chilled milk and fresh fruits contained bacteria, which attacked Taylor’s immune system. The gastroenteritis diagnosis here stands true as it might have been a result of bacterial food poisoning.

Rising’s arsenic was likely just a bacterial infection. However, we cannot deny that there was much at stake with Taylor alive. Even if he wasn’t assassinated, the fact cannot be ignored that numerous people would have taken a breath of relief after his death.

Remember the time you were 8, lying on your back on the terrace or in your garden staring at the sky? Suddenly you would...
Read more

The Apollo 11 Moon landing on July 20, 1969, was one of the most astonishing achievements in human history. It was utmost surreal and fascinating...
Read more

Seth Rich, 27, was an employee of the Democratic National Committee. He was murdered...
Previous article
Black Holes And The Mystery Behind Them
Next article
Leonardo Da Vinci— Speculated Facts & Mysteries
Conspiracy theories