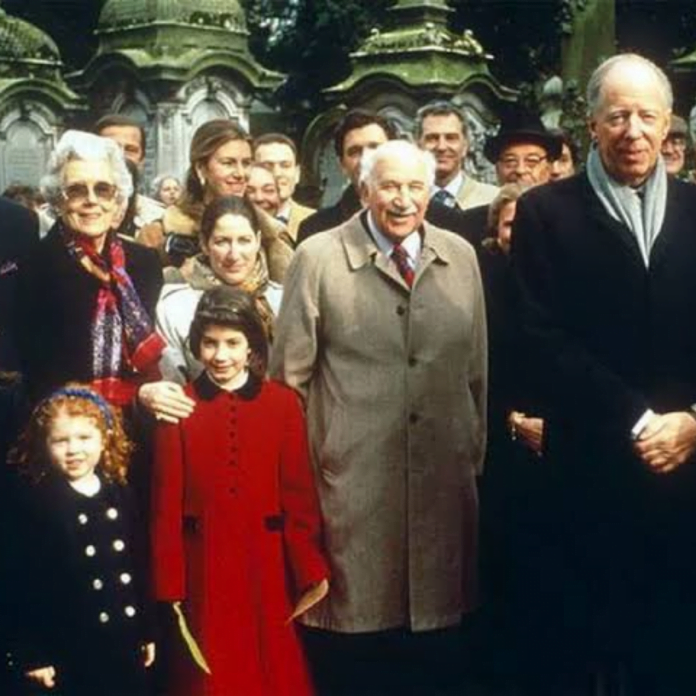 Rothschild, The House of the Red Shield, is a name having an extraordinary tradition and reputation with great pulling power in today’s world. Covered in money, power and mysteriousness, conspirators get allured towards this family against every type of factual refutation like a school of bees.

Let’s dig in deeper to uncover the secrets and bucks this family has to hide.

THE HOUSE OF ROTHSCHILDS

Coming a long way from German street traders and attaining major fortunes seemingly overnight, the mystery looms large and abounds The House of Rothschild, “the richest family in all of history.”

Originating from a humble cramped-up joint house riddled with poverty, the architect of the fortune of this family started from a Jewish Ghetto in Frankfurt. The marginalized outcast families of Jews were ensued property-less by the Christian ideologies and rule. This in fact proved helpful to them in the future where the only form of money they had was liquid and was easily transferable to invest in stocks, shares and even new businesses.

The restrictive society of Germany was largely dealing with coins in the 1700s which has been accredited as the first profession of the late Rothschild’s. The family’s empire began in the 1760s when Mayer Amschel Rothschild established banking and finance houses from the starting point of Frankfurt, Germany to the entirety of Europe by the late 1800s.

Several steps were also taken to ensure that the wealth of the family stays within its family tree and the ‘Rothschild Family Partnership Agreement’ is an example of a document that discusses marriage and inheritance establishing family rules for working in an inner community. One debated clause from the feminist point of view was that the agreement said never to give direct inheritance to women to make sure the property and wealth stay with the sons of the family who carry the name of the dynasty.

Followed as the best example of a success story from rags to riches, the World’s greatest financial dynasty and the family’s strategical control over assets in trillions spread to different banks and companies, leaving us in awe. The family went on to create further descendants who were found in all levels of fields including banking, finances, politics, proprietors, entrepreneurs and many unrelated businesses.

HOW RICH ARE THE ROTHSCHILDS?

The Rothschilds fortune came from international finances and spending money where the profits were to be returned in ten folds. Their extravagant old world wealth was also combined and shared through well planned arranged marriages. Becoming established members of the British Society yet discriminated against for being Jews in many fronts such as politics, the Rothschilds eventually overcame them to create insinuations for good Jewish cases and help Britain in all sorts of different ownerships. Loaning money to aristocracy and the government, they were able to develop wealth against all the anti-Semitism.

Acquiring their wealth since the 1700s, the family no longer has any centralized family wealth but multinational investments. It has been grossly estimated that the Dynasty has or had, at one point in time, 80% of the world’s total wealth. Realistically, the LA Times reports that the Rothschild fortune is between 350 billion and 1 trillion.

According to the “Global Wealth Report,” the estimated total wealth of the World was estimated as of 2015 to be $250 trillion dollars out of which the Rothschilds alone claim half of this amount. Making headlines, Benjamin de Rothschild, who was ranked among Forbes’ 2015 list of the world’s billionaires has a net worth of $1.61 billion, and this is just one member of the family tree. Holding high rising businesses, the Rothschild Group is one of the largest global investment banks.

With extraordinary art collections and manors, the family holds up several aspects of royalty and standards which maintain the excellence the family is known for. One such example is the Waddesdon Manor which four generations of the Rothschilds family have managed in its creation, care and development.

But this rapid fame, money and power gathered a lot of animosity revealing illegal means through which they created their influence over major world events and decisions.

The secrecy of the family is one of the reasons why the source of their wealth and the extent of it are under the watchful eyes of conspirators. Easy money is dirty money and due to this reason, people and theorists have often attached the ideas of lies, deceit and deception with the dynasty. Taking a contemporary look at this mysterious family, evidence and insights gathered by theorists make us believe that the family must be, in fact, directing world and global affairs.

Shady dealings during the World Wars, the creation of Israel and even infamously credited for ‘The Holocaust,’ the family seems to be in the spotlight for all the wrong reasons through these lenses. They have also been involved in funding projects such as the Suez Canal and have served up as Europe’s banker during The French Revolution and The Napoleonic Wars, helping them build up their fortune further and further. Their net worth and influence are so widespread that they have been even said to hold considerable power over the media, oil exports and imports and even conglomerate governments.

Most of the theories were a direct backlash due to the family being Jewish. Being called as the ‘black magic family’ and even a ‘cult family,’ the Rothschilds were thought to be behind a secret plan of Jews to take over the world. The historical yet often misinterpreted mention of the Rothschilds can be traced to a French Pamphlet written by a writer using the pseudonym of ‘Satan’ known as “Rothschild I King of the Jews.” The family was claimed to make a lot of finances and establish a market by supporting both sides of the Battle of Waterloo and Napoleon’s defeat and gaining control of central banks of England, France, Austria, England and Germany.

The famous book about Rothschild family “The Money Master,” has been in the public’s mind since its release where it has been mentioned that about $500 trillion assets helped them influence the financial markets and governments in many nations. These bizarre stories and exaggerated numbers are examples of many settings in the book about the family that do not make any sense and make it easier to spot what is the truth and what is a fabrication when you have a real sense of how old economies have emerged.

Rothschild family’s myth of wealth cannot be proved until the family shows the public their bank deposit which is a farfetched bourgeoisie pressure.

What Is Aum Shinrikyo?

NASA has been showing a steadfast improvement in the field of space technology. Not...
Previous articleThe Legend of the Cats: From Deities to Witches
Next articleDoes the Government Plan Terror Attacks?
© Newspaper WordPress Theme by TagDiv