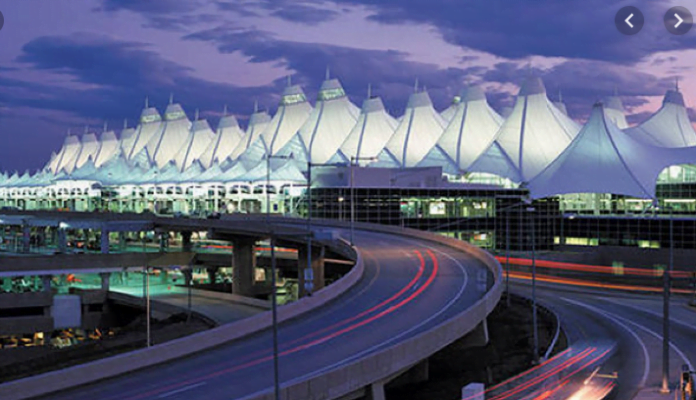 Denver International Airport is located in metropolitan Denver, Colorado in the western United States. It is one of the busiest international airports today. It is massive and it had a huge cost of construction of about $26.3 billion. This airport has some creepy and out of place aspects that have led conspiracy theorists over the years to suspect different things that are wrong with it. This article will talk about these creepy facts and the suspicions and conclusions drawn from them. Let us look at them one by one.

The first thing that people find really suspicious about this airport is that there really was no need for another airport when a fully functioning one already was located closer to downtown. Moreover, it is known that the airport took a lot more time than was anticipated and the construction was almost $2 million over budget. The desperate need of another such airport has got people wondering of its true purpose.

What’s more, is that the dedication marker in the airport says that it was funded by ‘The New World Airport Commission’ but in reality, if a person googles this, nothing shows up. All the information that is available is only connected to the airport. Now, there have been numerous theories about the existence of ‘The New World Order’, an organization that aims at controlling the world and some believe that it has been controlling the world for a very long time now.

The similarity in these two names has led people to one of the conclusions that suggest that this airport is the headquarter of this, particularly creepy organization.
The dedication marker of the airport is itself a whole lot of creepy stuff. It has a symbol that is exactly like the symbol of the Freemason Secret Society, that has associations with Illuminati. The date inscribed on it is 19.1994. When we add all these numbers, we get a sum equivalent to 33, which is believed to be the highest level of Freemasonry.

A worker who worked in the construction of the airport went on record and said that there are numerous underground buildings below the airport and that is why the construction was delayed and the budget exceeded. The airport is also known for the massive network of underground tunnels and a group of conspiracy theorists has come to believe that the main aim for the construction of this airport was to prepare hiding bunkers for the ‘Global Elite’ which included world leaders, rich businessmen, celebrities and famous personalities in case of some sort of disaster of Apocalypse.

The Representation and Symbolism in Art

One thing everyone has to agree to is that the art and paintings at Denver International airport are very dark and creepy. They are the ones that we would generally not find at an Airport. To begin with, there is a terrifying 32- foot tall blue statue of a giant horse with glowing red eyes. It is called Blue Mustang but is also known as ‘Lucifer’, because of how scary it looks. It is scary not only in appearance, but it also has a scary past. It is known to have killed it’s sculptor Luis Jimenez by falling on him and damaging an artery.

The art and paintings inside the Airport consist of a devil jumping out of the suitcase, glaring gargoyle sculptures, a statue of Anubis, the Egyptian God of Death, a Nazi officer in a gas mask, children in front of a burning building and kids gathered around a knife. All of these murals are frightening and definitely not very pleasant to look at.

Many people believe that this much money must have been spent to hide something really controversial.
When you think it can’t get any darker, the top view of the runways looks exactly like a Swastika, the symbol associated with the Nazis. Some conspiracy theorists also believe that the Airport was funded by the surviving Nazis and has strong associations with it.

One might not agree to all the suspicions and conclusions drawn from the different aspects of the Airport but they have to agree that all of it is something that will be considered extremely dark by a normal human being. Looking at it in another way we might be able to say that be it the symbolism, art, and sculptures of Nazis, Freemasons or the underground bunkers pointing towards Apocalypse, this place is the coming together of a lot of conspiracy theories and there is definitely something suspicious about it. Recently, during the renovation of the airport, the Denver International Airport authorities seemed to embrace the conspiracy theories and have included them in the new infrastructure of their airport.

The controversy around the death of the commander-in-chief of the Polish army and the Prime Minister of the Polish government, in exile, the death...
Read more