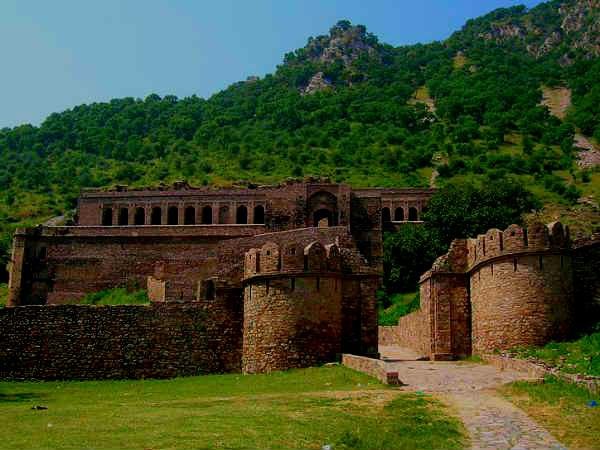 The abandoned fort of Bhangarh is thought to be the most haunted place in India, so much so that the Archaeological Survey of India has forbidden access to the site between sunset and sunrise, and locals have moved their town outside the limits of the fort. The reputation of Bhangarh stems from two old legends, one of which involves a Holy Man who supposedly cursed Bhangarh after the fort cast a shadow over his abode.

People who have visited the Bhangarh Fort claim that they have heard strange sounds and felt the presence of the supernatural. If you want to get a thrilling experience and explore the truth behind these myths you should visit this place for sure.

According to legend, the city of Bhangarh was cursed by a holy man named Baba Balnath, who had given permission for the construction of the town so long as the height of the buildings did not cast a shadow over his retreat. Balnath warned that if this were to occur, he would destroy the entire city. When a descendant prince raised the palace to a height that cast a shadow over Bhangarh’s abode, it is said that he cursed the whole town. Many believe that Balanath is buried there to this day.

This is probably one of the scariest places in India that could send chills down your spine no matter how daring you are. Located in Rajasthan, the mystery and the paranormal events experienced are so popular that there is a board right in front of the fort’s gate that asks tourists to stay indoors after sunset and before sunrise to avoid experiencing strange events. It’s an order from the government, too! People claim that the spirits of the princess and a wizard still roam around inside the premises of the fort.

Another story according to the folklore, a wizard fell in love with the princess and cast black magic spells on here, which lead to her death. Before his death, he cursed the fort that has resulted in its downfall and doom. Some of the televisions programs that decided to cover the place also reveal of strange experiences and awkward discomfort from the actors who decided to pay a visit to the place.

We've got to keep an eye on the battle that we face - a war on workers. And you see it everywhere. It is...
Read more

Queen Elizabeth I of England is known to have been a great monarch. She promoted English power all around the world and supported the...
Read more

Seth Rich, 27, was an employee of the Democratic National Committee. He was murdered...
Previous article
Mona Lisa: What’s so special about it?
Next article
Was Shakespeare really Shakespeare?
Conspiracy theories