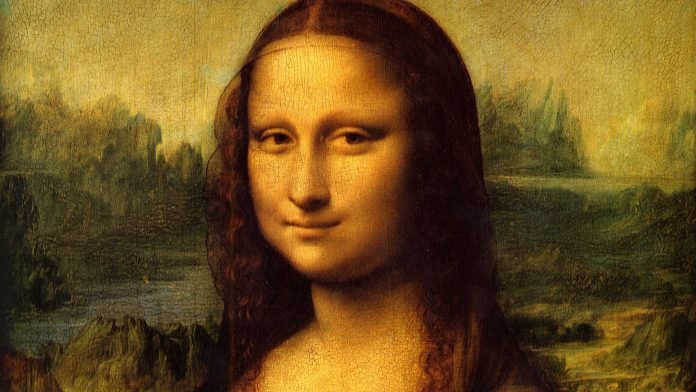 Leonardo Da Vinci’s painting the Mona Lisa, also called La Gioconda, is perhaps the most famous painting in the world. Art lovers believe that it’s the painting’s beauty and artistic merit that make it so popular.

Dozens of experts have studied the Mona Lisa to determine the scientific reasons for this effect. One is that in the three-dimensional real world, shadows and light on a face shift as our vantage changes, but in a two-dimensional portrait this is not the case. Consequently, we have the perception that eyes staring straight out are looking at us, even if we are not directly in front of the painting.

The Mona Lisa’s smile makes it worth revisiting the remarkable page of anatomical drawings from around 1508 that shows a pair of lips in an open-mouth grimace and then drawn pursed. The muscle that purses the lips is the same muscle that forms the lower lip, he discovered. Pucker your lower lip and you can see that this is true; it can pucker on its own, with or without the upper lip, but it is impossible to pucker the upper lip alone. It was a tiny discovery, but for an anatomist who was also an artist, especially one who was in the midst of painting the Mona Lisa, it was worth noting. Other movements of the lips involve different muscles, including “those which bring the lips to a point, others which spread them, and others which curl them back, others which straighten them out, others which twist them transversely, and others which return them to their first position.” Then he drew a row of lips with the skin layer peeled off. At the top of this page is something delightful: a simpler drawing of a gentle smile, sketched lightly in black chalk. Even though the fine lines at the ends of the mouth turn down almost imperceptibly, the impression is that the lips are smiling. Here amid the anatomy drawings, we find the makings of Mona Lisa’s smile.

There is other science involved in the smile. From his optics studies, Leonardo realized that light rays do not come to a single point in the eye but instead hit the whole area of the retina. The central area of the retina, known as the fovea, is best at seeing color and small details; the area surrounding the fovea is best at picking up shadows and shadings of black and white. When we look at an object straight on, it appears sharper. When we look at it peripherally, glimpsing it out of the corner of our eye, it is a bit blurred, as if it were farther away.

With this knowledge, Leonardo was able to create an uncatchable smile, one that is elusive if we are too intent on seeing it. The very fine lines at the corner of Lisa’s mouth show a small downturn, just like the mouth floating atop the anatomy sheet. If you stare directly at the mouth, your retina catches these tiny details and delineations, making her appear not to be smiling. But if you move your gaze slightly away from the mouth, to look at her eyes or cheeks or some other part of the painting, you will catch sight of her mouth only peripherally. It will be a bit blurrier. The tiny delineations at the corners of the mouth become indistinct, but you still will see the shadows there. These shadows and the soft sfumato at the edge of her mouth make her lips seem to turn upward into a subtle smile. The result is a smile that flickers brighter the less you search for it.

Once Upon a Time, there was an author. He wrote fantastic stories that amuse children even today. He could have been Jack the Ripper. We...
Read more

Seth Rich, 27, was an employee of the Democratic National Committee. He was murdered...
Previous article
The Death of Vincent Van Gogh: A Murder
Next article
Bhangarh Fort: India’s Most Haunted Place?
Conspiracy theories