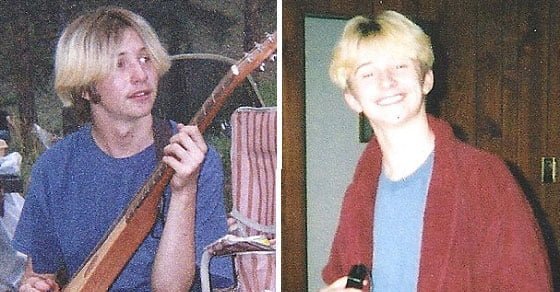 Joshua Vernon Maddux lived in Woodland Park, a small city with around 7,500 people living. The city was nestled in Teller County, Colorado. Josh was well built and was 6 feet in height. He had a creative mind and a free spirit. He was a carefree bird with a free spirit; he loved music and wrote in his free time. In school, he was a bright student and was seemingly well-liked and well known. His mother and father were divorced. He lived with his father Mike and two sisters Kate and Ruth.

On 8th May 2008, 18-year-old Joshua Maddux left his house to take a long relaxing stroll. Nature lover and free spirit that he was, so going on long walks was nothing unusual. However, when he didn’t return, things took a strange twist. For seven long years, the search continued to find but failed.

His father reported him missing on 13th May 2008 when he did not return home for days. “I got up one morning,” Mike said, “and Josh was there, then he just never came home. The next day he still didn’t come home. I called his friends, nobody had seen him. Nobody knows where he is.”

The searches were far and wide, days turned into weeks and weeks turned to months yet still, no clue as to his disappearance had been uncovered. The family gave up hope on finding their Joshua. Kate always spoke of how she had always hoped that he had simply skipped town to go play music or start a different life. “Since Josh was 18, it has been reasonable to assume he may have decided to leave town to start a new life. As one of his two older sisters, I have always chosen to believe that this was the case. I have expected Josh to return home to my father’s house at any time with a wife and small children so that they can meet their grandparents and two aunts. Josh has always been known for his musical and literary talent, so maybe we would find him playing music with a band on tour, or catch him writing successful novels under a pen name so that he could keep his preferred lifestyle of solitude in the woods.”

There was no reason to believe that Josh had gotten involved in any trouble and he had not given them any worry or concern about his mental health. The police had no reason to suspect any criminal activity and so listed him as a missing person. The search for Josh continued and the missing person case remained open. His father Mike kept the ownership of the family home after they moved, in case Josh would ever return. The news about 18 years old Joshua remained elusive.

The Cabin in the Woods

This was until 2015 when a local builder by the name of Chuck Murphy made a grim discovery. In 205, Chuck Murphy, a builder from Colorado Springs, was demolishing his old cabin. The cabin was surrounded by tall pines and sat on a large patch of land. The cabin hadn’t been used for over 10 years. Chuck decided to tear it down to make property development.

In more recent times, Chuck’s brother had lived in the cabin until 2005, but since moving out, it had become a storage facility and Chuck had rarely visited the property. As they started to demolish and reached the interior part of the chimney, they made a horrifying discovery. Body of a young man was cramped into a fetal position with his legs above his head. He called the police who upon arriving with the County coroner who, with the help of forensics used dental records to positively identify the corpse to be that of Joshua Maddux.

The Boy in the Chimney

The Maddux family were in shock after receiving the news of the discovery of Josh’s body.

Upon the discover his elder sister said that the situation made no sense because they all were really expecting him to be anywhere else in the world but he was very close to them all along.

The coroner that undertook his autopsy had found no evidence of drug abuse. He made a statement saying that: “The hard tissue showed no signs of trauma. There were no broken bones, no knife marks. There were no bullet holes. There are so far no answers to several things. It is very confusing”.

For some reason, the cabin was overlooked during the search for missing Joshua. The cabin owner himself visited rarely. But on his short visits, he did not notice anything unusual. The police suggested that with no adjacent homes if Josh had cried for help, no one would have been able to hear him.

The coroner also said that it was not instant death. How he died is only a matter of speculation. He also stated that he may have died of hypothermia, which could take a day or two. But there is no enough evidence to prove which came first or the exact reason for his death.

Right after ruling his death as accidental Chuck questioned the Coroner. The coroner stated that Josh’s position in the chimney “appeared to have been a voluntary act in order to gain access”. However, when Chuck heard that he made a testimony stating that this would be impossible due to the steel rebar, a large thick wire mesh hung from steel hooks which were used to keep animals and debris from becoming lodged inside the chimney.

The coroner said that maybe after all these years the grate may have been rusted or corroded and concluded by saying that nobody saw the metal mesh.

However, it was later discovered that during the demolishing the steel grates were removed and taken away. The coroner reopened the case after this but it was not only because of the mesh but because many facts did not make any sense. There was a shifting of a large wooden breakfast bar that had been taken place it was dragged from the kitchen to the entire fireplace to block it. The question was that if the breakfast bar had been torn from the wall, then who had done it and why?

There was one final question that raised so many eyebrows. It concerned Chuck that when Josh’s body was found, he had removed all of his clothing, he had been found wearing only a thin thermal shirt. This would already strike one as unusual, however, his clothes were found inside the cabin, neatly folded up next to the fireplace. If someone killed him then why the killer did fold his clothes in such a way and why?

Later the coroner ruled the death as murder or undetermined causes.

There was one main suspect in the whole case, which remained unnamed until today. No one could place that man at the crime scene. When asked to the police they said that they can’t specifics of time that goes back seven years.

It turns out that there was a post in which reads that Joshua was last seen with Andrew Newman who had started hanging out with Joshua around the time of his disappearance. But the twist is that the cops never brought him in for questioning. Even though he was a suspect nothing was ever done.

This case remains unsolved to date. No one was ever able to catch his killer. No knows how or when he was killed. The mystery of his disappearance brings a strange twist in our stomachs. Though we may never know what happened.

Seth Rich, 27, was an employee of the Democratic National Committee. He was murdered...
Previous article
What Really Happened With Dorothy Scott?
Next article
The Questionable Death Of Netaji Subhash Chandra Bose: 3 Theories
Conspiracy theories