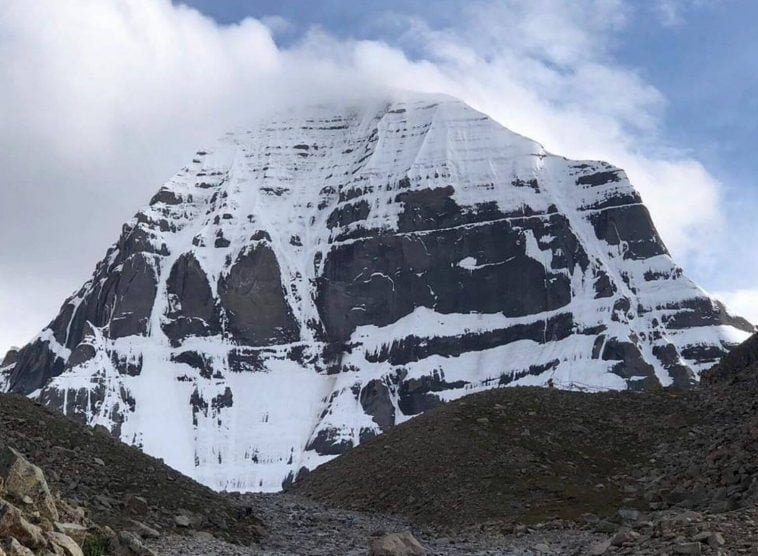 The unsolved mystery of Mount Kailash is still a hot topic among all the wanderers who wish to know its truth. It claims to be a place where a Hindu God, Lord Shiva, resides. With many theories pouring out, let’s know the prominent ones.

Mount Kailash is also known as Mount Kailasa or Gang Rinpoche, it is 6,638 m (21,778 ft) high. The mountain doesn’t stand alone; it is located near Lake Mangareva and Lake Rakshastal and is also closest to the longest rivers of Asia, the Indus, Sutlej, Brahmaputra, and Karnali (also known as Ghaghara). Kailash parvat is located in Tibet within the Himalayan mountains. Mount Kailash lies in the southwest region of Tibet near India and Nepal border and a remote area.

This mountain is not an ordinary but a sacred mountain; it has a symmetrical peak that looks more like a pyramid and made up of black rock.

Mount Kailash is regarded as auspicious by the Buddhists, Hindus, Jains, and Tibet religion Bon. It is special not because of its height but because of its distinct shape, four sheer faces that are matching the cardinal points of the compass. It is not attached to any other neighboring mountains that might make it look dwarf.

What Are The Mythological Beliefs About Mount Kailash?

There is a mythic Mount Meru or Sumeru. On the Earth, Mount Kailash is regarded as its manifestation, and as it is also believed to be the spiritual center of the universe of Buddhists, Jain, and Hindu cosmology. For Hindus, Lord Shiva resides in this mountain. Jains believe that mount Kailasa is the place where the first prophet received enlightenment. For Tibetans Buddhists, Mount Kailash is the site of the tantric meditation deity, Demchog. Most of the pilgrims take one to three days to complete the full circuit. For doing full-body prostrations, devotees spend up to a month there along the ground.

It is also believed that climbing Mount Kailasa will affect its sacredness; hence, it is inadvisable to climb it. Some natural rock carvings of the footprints of Buddha were believed to be found; many people have claimed to see various mythological forms.

Some mythological aspects are also connected with the two beautiful lakes, i.e., Lake Manasarovar and Rakshas Tal, which are located at the base of Mount Kailash. Manasarovar lake lies at an altitude of 14,950 ft. That is considered to be the highest freshwater lake in the world. And the purity of Manasarovar lake within itself holds deep spiritual significance. On its contrast, Rakshas Tal was formed due to the intense austerities that were performed by King Ravana to please Lord Shiva. Therefore, it is said to be the demonic entity and deprived of the existence of aquatic plant life.

Mount Kailash is also referred to be the cosmic axis, i.e., Axis Mundi, world axis, and a pillar at the center of the earth. Lake Manasarovar represents calmness and peace, whereas Rakshas Tal stays to be turbulent.

Why Could No One Ever Climb Mount Kailash?

Trekking up to the mountain is one of the forbidden acts as it means they are disturbing Lord Shiva; they also have a fear of trespassing the other powerful divine energies at the top of the mountain. One person who has claimed to climb Mount Kailash was a monk named Milarepa. When he returned, he forewarned everyone that they should forbid themselves from climbing Mount Kailash as they will bother the gods resting up the mountain. This warning could not stand in the way of curiosity of the mountaineers who still tried to climb but came back with disappointment.

Russian doctor has suggested further that two cities are underground and lies beneath the peak, relating to the gene pool of the entire human race. Still, even if people couldn’t climb Mount Kailash, they believe that doing parikrama of the peak will atone them of their sins; they will attain spiritual enlightenment. Also, why people couldn’t climb the mountain is because the peak keeps changing its position, making difficult for the mountaineers to climb it, referred to as moving mountain.

Does Lord Shiva’s Existence Can Still Be Felt On The Mountain?

Mount Kailash is said to have been the abode of Lord Shiva for more than 21,000 years. Various theories claim that there is Shiva’s face protruding out of the mountain. Some philosophers and travelers have also claimed to have spotted few signs that ensure Lord Shiva still resides in the hill. They saw different elements formation on Mount Kailash, i.e., the Om symbol, the eye of elephant, projection of Lord Ganesha, realms of hanuman, and Maha Shakti, Swastika (symbol of prosperity and good fortune), Nandi (the gate guardian deity of Mount Kailash).

Is Lord Shiva An Alien?

When we talk about Lord Shiva, his birth or age is unknown. There is no parentage, i.e., no father, no mother. In the Shiva Sutras, one of the shlokas refers to Shiva as Yakshaswar. Yakshas are those beings that are not human but are supposed to have existed in the natural environment on this planet, in the forest, and other things.

Mount Kailash, aside from its sacredness, is also a site with hidden unbelievable powers. It is believed that time travels faster on the mountain. Don’t be surprised if you find your nails and hair grow by a few millimeters! Tourists and pilgrims have claimed to observe aging on returning from Kailash parvat. This proves it has some supernatural power beyond human understanding. Still, researchers are trying to find the truth behind the unsolved mystery of Mount Kailash. 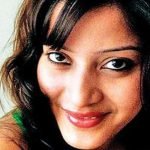 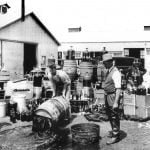