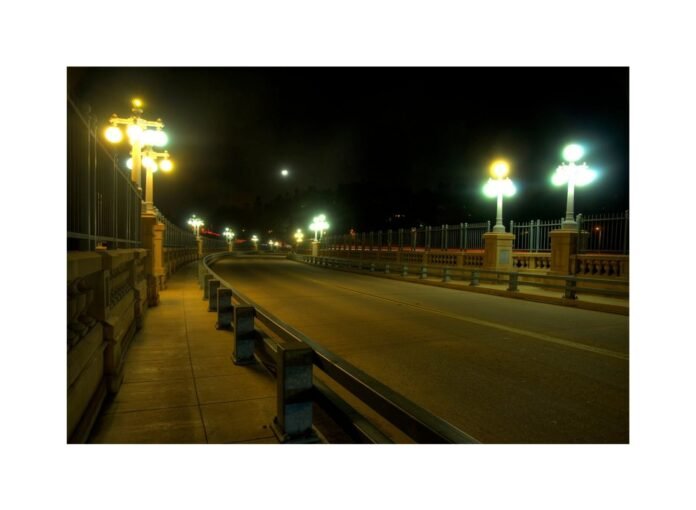 In July 1912, the construction of the Colorado bridge in Pasadena, California began; by 1913, it was complete and was one of the most beautiful bridges ever. But then, in 1919, something happened, a young man jumped from the 150-foot drop to his death. And after dozens of people jumped from the bridge, it was finally given a nickname in 1932, Suicide Bridge.

Up till today, 150 people have jumped from the bridge; 50 of those jumped during the Great Depression. A wave occurred in 2006-2016 where 28 people jumped to their deaths; the rest jumped in the decades since 1932.

All these deaths make a person wonder, is the bridge cursed or perhaps haunted?

Crossing the Arroyo Seco in the early days of Pasadena, before the magnificent Colorado Street Bridge was built, was a challenging task. After descending the steep eastern slope and crossing the stream on a smaller bridge, Horses and wagons climbed up the west bank through Eagle Rock Pass.

The construction fro the bridge began in 1912; the bridge was designed by Waddell & Harrington. The bridge is 1,468 ft long and 150 ft tall.

The bridge had a 27 million dollar refurbishment in 1993, which included the installation of a suicide barrier.

However, this did not completely stop the suicides; instead, it slowed them down. The placement of a permanent barrier has long been discussed. Local historians and bridge supporters both dislike the plan but agree that it is urgently needed.

Is The Bridge Truly Haunted?

People have often said that they feel constant tension in the air and a distinct feeling that they do not belong there. No one knows why people jump to their deaths from this particular bridge.

Many believe that the bridge is cursed or haunted by a construction worker.

According to legend,  a worker tipped over the Suicide Bridge and landed in the wet concrete during construction. He was left to die in the quick-drying cement, forever fused to the bridge.

Many people feel he is to blame for the bridge’s high death toll.

According to legend, he shouts out to distressed people, encouraging them to come to the bridge and jump over.

Reports have circulated over the years, claiming to have witnessed a variety of bizarre and eerie entities on and under the bridge. There’s the woman who jumps to her death from the railing, only to vanish on the way down. There’s the man with the wire-rimmed glasses who approaches strangers and says, “It’s her fault,” but never explains who “she” is.

Not all of the spirits at Suicide Bridge, however, are peaceful.

Many people claim to have heard cries and screams while walking across the bridge.

We will never truly if the bridge is truly haunted or not. Only those who have experienced these hauntings firsthand genuinely know, but we do offer our condolences to anyone who has lost someone to suicide.

The McCanns arrived at Paraia da Luz, a beautiful village in Portugal with a population of a thousand people on 28 April 2007, to...
Read more

Seth Rich, 27, was an employee of the Democratic National Committee. He was murdered...
Previous article
Alcatraz: 4 Tragic Tales Of The Most Haunted Prison In The World
Next article
Cynthia Anderson: Unexplained Disappearance Of The 40-year-old
Conspiracy theories