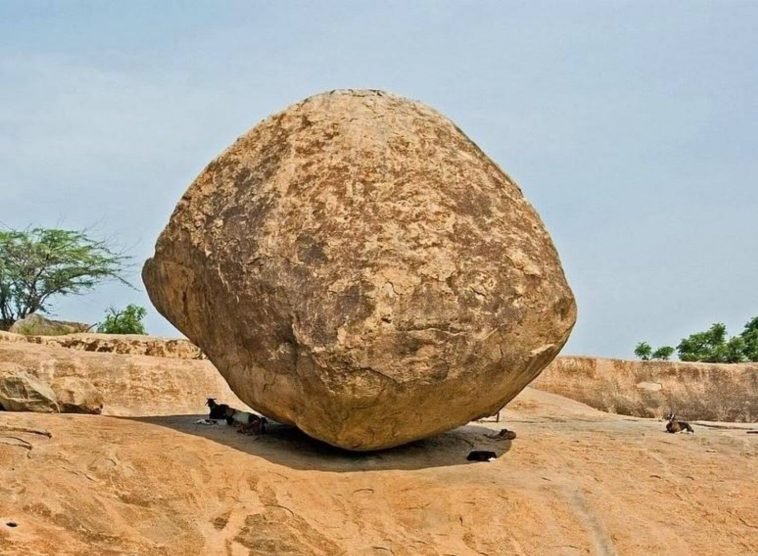 Mahabalipuram is a renowned location among the vacation hungry people from all over the world. Further adding to this charm lays the Krishna’s Butter Ball, a popular attraction of Mahabalipuram, a town in Kancheepuram district of Tamil Nadu.

Defying the laws of physics, this site is a major tourist attraction as the boulder seems to be a nature’s miracle in the way it balances itself on a small surface of the slope of a hill. To date, there has not been a single report where it has moved an inch, nor was it displaced when people tried to move it. Several myths have been associated with this unusual phenomenon; however, a concrete answer to this mysterious occurring is yet to be found.

History Behind This Bizarre Natural Phenomenon

Tracing from the Tamil dialect, Krishna’s Butter Ball is well known to locals as the Vaan Irai Kal, which means ‘Stone of the Sky God’. As the name suggests, locals are of the view that the deities came down to earth to place the boulder in Mahabalipuram. This was done by the deities to show their power and might to the inhabitants on earth and to prove that no one is greater than their might. Similar explanations are given where gods are substituted by extra-terrestrials who were said to descend thousands of years ago.

The name “Krishna’s Butter Ball” came into existence by a local tour guide’s renaming the boulder. The deity Krishna, a supreme force in Hindu mythology, is known to be fond of eating butter; tales are well known about his childhood games, where he used to steal handfuls of butter from his mother’s butter jar. The giant boulder resembled a dollop of butter that Krishna had dropped while eating, conveniently reframing as the “Krishna’s Butter Ball.” The site has been popularized with that name since then.

According to the archeologists, this ancient boulder measures about 6 meters in height, 5 meters in diameter, and approximately 250 tons in weight. It is positioned at a 45-degree slope; the position made more precarious as it indulges a small area in coming into contact with the surface of the hill. However, the magic lies here! Even in such a position, the boulder has not rolled down.

Although there are speculations that it has naturally come into existence, archeologists deny such fact since natural growth and corrosion would not have produced a boulder in such a perfect shape like this. With one side of it being sheared off entirely, it seems unlikely that the boulder is a result of natural forces working together.

The Numerous Attempts Of Relocation

Futile attempts have been made in the past to relocate the Krishna’s Butter Ball in the perception of impending danger. One such effort was made during the reign of a Pallava King during the 7th century AD, known as Narasimhavarman. He wanted to preserve the divine boulder and keep it as his property, further trying to elude the intentions of various sculptors. Although his intentions were good, the boulder did not move by an inch, bringing all his plans in vain.

Another similar event was documented during 1908 in which the Governor of Madras, Arthur Havelock, attempted to move it to some other place since he feared that it could roll down at any point and could cause massive destruction to the town located beneath the hill. Seven giant elephants were brought to make the endeavor possible; however, the boulder did not budge even a bit. That attempt, too, remained futile.

Ending all speculations and fears about destruction, Krishna’s Butter Ball has not moved in the last few centuries, making the places, towns, and inhabitants safer who are located beneath the hill.

The famous traditional Indian toy known as the ‘Tanjavur Bommai’ was created by drawing inspiration from this peculiar construction. This is a type of a terracotta toy, which was built by Raja Raja Chola of Tamil Nadu during the 11th century AD, being inspired by the Krishna’s Butter Ball.

To date, this popular destination draws tourists from all over the world who want to experience this nature’s peculiar creation with their own eyes.

Read Also: Most Plausible Theories for the Construction of the Pyramids of Giza 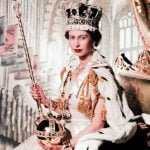 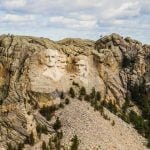