Mattress Firm Stores at every 0.5 miles is pretty hilarious and attracts suspicion at the same time. Well, in 2018, a dark reason behind this arrangement was proposed by a Reddit user, and subsequently, conspirators dropped their own theories.

Mattress Firm is a Subsidiary company showcasing its tagline, “Save Money. Sleep Happy”. On July 4, 1986, the Mattress Firm Company was founded. The founder is a South African retailer, much famous in the U.S by the name of Steinhoff. Its headquarters at Houston, Texas (U.S)

Since 2016, Steinhoff has been the founder of the Mattress business by buying the company at $3.8 million in the same year. This 34-year old Firm has around 10,000 employees working actively.

Thus, being a billion-dollar company, Mattress Firm started acquiring other local companies to eliminate their market competition. In 2007, a company called Mattress Pro operating in the Southern part of the United States was bought by Mattress Firm. Secondly, on August 29, 2016, they also acquired another Florida-based bedding company, Mattress Barn.

However, this quick growth of a mattress selling firm seemed unnatural. Even the U.S citizens found that unusual while questioning who buys such mattresses round the year.

Reddit users found this interesting and suspicious. Photos and maps were shared projecting a highly congested area on which several shops can be spotted of the same firm. Many believe Mattress Firm is a money-laundering scheme where illegal money has free flow.

A Part of Good Business Strategy

When men named Ben and Amory visited the mattress store in the hope of finding some insights, they always returned hopelessly. While some believe it to be a big money-laundering scheme, an employee at Wedbush believes it a ‘reasonable business strategy.’

Mattress Firm is the second-largest company after IKEA. Interestingly, reports claim Steinhoff is the major attraction for police units due to involvement in a crime. However, whether it is money-laundering or not, it is yet to be known.

Officers and media tried to connect James-Brent Styne, who has written about the dealings. Being in high demand in the stock exchange, executives holding higher ranks spent money at private jets, cruise, traveling inexpensive cars, and having the time of their life.

Attention shifted from their lavish lives and turned to suspicion when Markus Jooste, who used to be the CEO, resigned out of the blue on December 5, 2017.

The Uneven Toll of Bankruptcy

Every illegal business always leaves dirt behind because of which the sniffing police get on their trail. Therefore, on October 5, the firm was in the news again when it filed for 11 bankruptcy reports. Eventually, facing huge disappointment and distrust in the market, Steinhoff ordered to vacate 200 non-profitable stores. Many confirm he was also planning to shut down the other 500 stores as well. Considering that the business was in bad shape, he soon retired. In 2019, due to the bankruptcy, a new CEO was appointed named John Eck.

When the earlier CEO, Markus Jooste, resigned, the South African retail-bedding market was shaken. Soon, Steinhoff hired auditors to find the error and termed it as “money irregularities.”  When authorities started questioning the company about its dealings and expenses, a news story was formed every time.

There was something odd and completely stupid. In 2016, Steinhoff bought Mattress firm more than twice the price at $2.4 billion.

To conclude, there is no such hard evidence regarding the laundering business, but there is always more to the story that we don’t know yet. 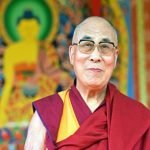