Where Is Madeleine McCann? 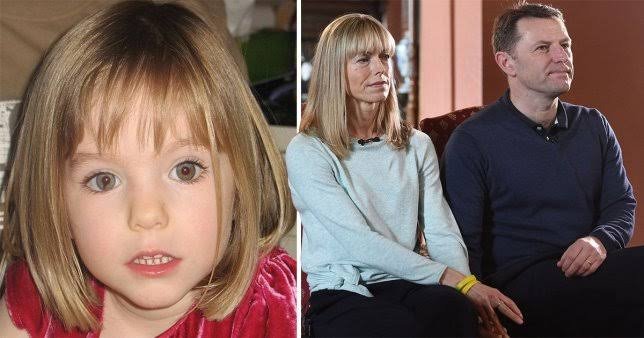 Madeleine McCann was born on 12th May 2003 to Kate and Garry McCann in Leicester, East Midlands of England. A blond with blue-green eyes, she disappeared from her bedroom when her parents were having dinner 55 meters away. What is the most inexplicable thing about this case is that till today we don’t know whether Madeleine is dead or alive and her current whereabouts remain unknown?

A spring break at 5A Rua Dr Agostinho da Silva, Praia da Luz
McCann family along with seven friends and their children went on to a vacation at Praia da Luz, Portugal where the nine adults frequently dined together, thus media labelled them as “Tapas Seven”. On their second last day, the McCann parents left 5A, their apartment to dine with the rest around 8:30 pm. Through the evening, parents regularly checked their children but unfortunately around 10:00 pm, Madeleine was missing from her bed.

The Portuguese police and British Police have worked together since, along with the Child Exploitation and Online Protection Centre (CEOP), the Serious Organized Crime Agency (SOCA) and the National Police Improvement Agency. Jane Tanner, one of the friends and the Smiths, an Irish family on a vacation staying in the same apartment as of McCanns gave the description of a man carrying a child outside McCann’s Apartment although the timing of accounts is different. There are signs of abductions or a robbery gone wrong, and the parents were named as suspects in September 2007, but it was dropped a year later.

Around 2009, detective Goncalo Amaral after being taken off the case wrote a book called, the Truth of a Lie accusing the McCann family covering up of accidental death.

Theories on the fate of Madeliene

Kate McCann said when she arrived at the apartment at 10 pm she knew that a crime was committed because Madeleine was sleeping with her favourite stuffed pet, Cuddle cat. She didn’t believe it was a kidnapping Madeleine had only just walked without Cuddle cat. In the region where the McCanns stayed, burglaries and theft had just multiplied by 4 only a month before their trip to the resort. So, it has been assumed that a robber went through the patio gate, where Madeleine was sleeping and the parents had checked and robbed the place when Madeleine woke up and took her. That’s the guy on the beach allegedly. There are also suspicions that a gang of paedophiles may have taken Madeleine away. Just a few years ago, in the same apartment complex that Madeleine lived in, a 10-year-old girl was sexually attacked by a paedophile gang.

In addition, the day before Madeleine was disappeared, two people were seen flocking to the resort as collectors of charities and going door to door to seek donations from visitors. They were observed several times during the day between 15:30 and 5:30 hour. Finally, Madeleine was speculated to be taken by two blonde males who many believed were trying to discover a kid for a prosperous and stubborn pair. The two people walked the resort for many days and spoke Dutch only. They stayed above 5A in the space. The guy at the beach would be the greatest clue if she was kidnapped.

There are various theories concerning Kate’s and Gerry McCann’s participation in the disappearance of Madeleine. Kate and Gerry have been appointed formal suspects by the Portuguese police and questioned about the disappearance of their daughter. Some individuals believe they’ve poisoned her, others believe she’s murdered Maddie, and the tale of the kidnapping is covered up.
A theory about the McCanns, described in the Netflix film, is that police believed it was probably an overdose of Calpol that could have murdered the pair. In the event, Sniffer dogs and a human body were used to detect the fragrance of blood in the apartment of McCann. People have been suspicious of Kate McCann for a while in particular, the dogs have also sensed the smells of a human body and blood on her clothes, refusing to answer 48 questions.

Another of the many conspiracy theories of Madeleine McCann involves her parents ‘ participation in her disappearance, Kate and Gerry McCann. Some think her own parents sold her, who organized the whole abduction.

Madeleine woke up and went in search of her parents, opened the unlocked patio doors and walked out of the house, down the mountain and dropped into a large roadworks pit where she died or was unconsciously kicked and was not found when the hole was filled the next morning.
This theory implies that Madeleine, who was nearly four years old, could have opened the curtains, opened the patio door, then shut down the curtains and door behind her, and opened and closed the garden gate to the street.

If she walked in search of her parents, she probably would have pursued the path down the mountain but turned into the pool complex where they were eating instead of continuing towards the roadworks. It was a trip she took frequently and she was likely drawn by the light and noise in the dark road.
Other scenarios of accidents indicate that she went out and was struck and murdered by a vehicle whose driver panicked her body. Or, she walked off and squeezed into some distant, tiny location and was unable to get out or climb into a well and drowned.

Operation Grange was launched by London’s Metropolitan Police Service on the request of Home Secretary Theresa May to examine the circumstances related to the disappearance of Madeleine McCann. There have been more than 8000 alleged sightings yet police have failed to find her. Operation Grange has accumulated more than 12 million dollars.
We will never know where the little three-year-old has gone.

The tales about human experimentation and torture but people need to dismiss these ideas to a very large extent. Sometimes, however, there is a...
Read more

'Black Lives Matter' Innumerable posts on social media platforms, rallies, and protests all say the same thing. People all around the world are standing in...
Read more