The Epic Tale Of Ramayana- 9 Arguments Whether It’s Real Or Mythological? 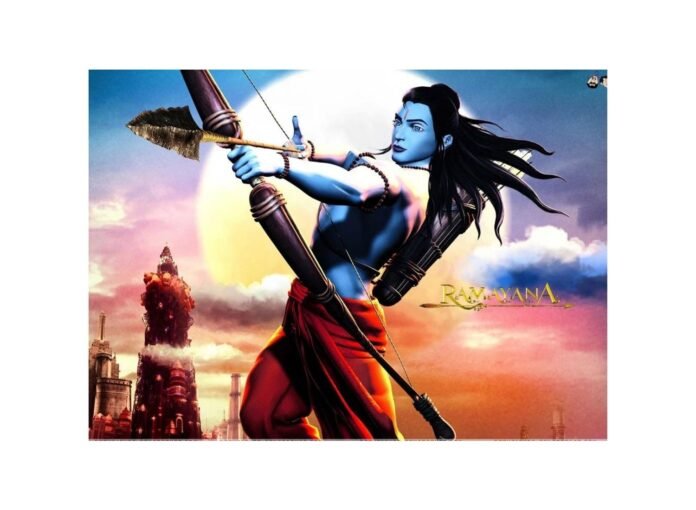 Ramayana is one of the most sacred texts in Hinduism. It dates back to some 3100 B.C. People long for the kind of perseverance, tolerance and elegance Lord Ram and Goddess Sita possess. Even though most Hindus are ardent believers that Ramayana has happened, it still counts as a mythological text. Something of which there is no proof of having happened.

Substance To The Fact That Ramayana Is Real.

Although, there have been some things/ findings which enable one to draw some analogy between the worlds of then and now.

The deal with this story of Ramayana is elaborated below, in detail.

The Ramayana showcases the fall of Jatayu- a mythological Bird- the pakshi-raj or demi-god- who fought bravely while trying to defend Sita from having been abducted. Sadly, demon-god Ravana, the antagonist of the whole story, defeated and later killed Jatayu. While he was breathing his last breath, Lord Rama and Lakshmana, his brother, reached the spot in search of Sita and learned about Sita’s abduction. Rama uttered some words- “le pakshi”, meaning ” Rise, Bird!”, the moment the Jatayu’s soul left his body.

There is a place known as Lepakshi in Andhra Pradesh with a temple where Jatayu “supposedly” fell.

Another feather in the cap of “inexplicable happenings” is the existence of a place called Panchavati near Nashik, Maharashtra. You must know that the moment King Dashrath ordered his eldest son, Rama, to leave the palace and live in exile for fourteen years, Rama, along with his wife Sita and brother Lakshmana, set for a tedious journey to the forests of Panchavati and resided in a hut there.

This Panchavati is claimed to be the same Panchavati located near Nashik, having temples and frequent visitors.

The famous cobra hood cave in Sigiriya, Sri Lanka, is a natural cave that has automatically taken the shape of a cobra without even a sniff of a human species.

The most beautiful part is the existence of age-old drawings and paintings on its walls portraying the abduction and capture of goddess Sita by Asuras. Nobody knows the origin of either the cave or the paintings. Now, what would you call that, huh?

Sri Lanka is believed to be the exact Lanka in which demon God Ravana used to rule. To support this theory, some arguments need some serious justification. First of all, the name- Sri Lanka- gives it away. Also, the architecture and monuments there show that the people there believe in Ramayana. However, maybe, in a slightly different way. Secondly, in Ramayana, there is a whole chapter on Sita’s abduction. According to the story, Sita was taken to a place after her abduction, which is now claimed to be the exact place called SITA KOTUWA in Sri Lanka.

After that, she was believed to be taken to “Ashok Vatika”. Guess what! An actual Ashokvanam in Sri Lanka has a SITA MANDIR, a temple for goddess Sita.

The extraordinary mythological tale of Ramayana depicts the journey of Hanuman to Lanka to rescue Goddess Sita. He, along with some divine powers, was sent by Lord Ram. The powers include his ability to change his shape and size ranging from an average monkey to a beast. The story goes like this- Hanuman reaches Lanka, meets Sita and is escorted to Ravana’s palace, where he pisses the king off, and his monkey tail is set on fire. With this tail on fire, Hanuman roams around the whole of Lanka, blazing the whole city, including the palace.

The facts show that there are giant-size footprints, varying in sizes, near Ashokavanam in Sri Lanka, proving the story about divine powers right. Also, the place where Ravana’s palace is said to be once situated has a slightly darker shade of soil, implying the ignition caused by the giant monkey.

Everyone is aware that a block of stones with Lord Ram’s name upon it was thrown into the river before Lanka by the monkey army gathered by Rama to reach Lanka feasibly. There exists, in today’s date, a natural link (if one observes), known as Ram Setu (also called Adam’s bridge but, that’s a story for another time), on the water bodies, the Palk Strait and Gulf of Mannar, between India and Sri Lanka.

Nobody knows the origin and the possibility of its formation. But, people believe that it is the same bridge built by Ram’s army.

The magic behind Sri Lanka’s supply to hot waters happens to be the wells that are believed to have been created by Ravana. It naturally produces hot water, and nobody knows where it came from.

This basic piece of information that Ravana had ten heads is accepted, expected and believed by all. Though there is no real explanation behind that except that they either symbolises Ravana’s knowledge of 6 shastras and 4 Vedas or the ten evils in the human world- lust, greed, ego, anger, delusion and so on, there might have some substance in the theory that Ravana ruled ten kingdoms. That means he had ten crowns. Hence, ten heads!

Now, tell me, how many days would it take to travel between Sri Lanka and Ayodhya? If Google Maps are to be believed, the answer is 21 days. Now, Vijaya Dashmi marks the victory of Rama over Ravana. Good over evil. After rescuing Sita and defeating Ravana, Rama, along with his wife and fellow soldiers, set off for the journey to his humble abode- Ayodhya. The day they reached there is now celebrated in the form of Diwali, by lighting diyas. If I may, I would ask you to count the number of days between Vijaya Dashami and Diwali. 21 days! More often than not. Well, that must count for something.

Although it is just a speculation, it certainly rings some bells as to whether Ramayana is merely mythology or whether it could make its mark in our history books. Whatever it is, it does urge a person to go over Google and read some mind-blowing evidence and incidents about this theory!

Music is everyone’s anchor to stay in reality, keep in check and cope with life. From your grandfather who vibes to 70’s music to...
Read more

We’ve seen popular incidents being predicted left and right before their actual untimely occurrence represented through shows and cartoons. If you want to understand...
Read more

Every now and then, Disney is somewhere playing with the minds of the innocents to create the New World Order. This is done...
Read more

Seth Rich, 27, was an employee of the Democratic National Committee. He was murdered...
Previous article
AIDS: Was The Virus Genetically Manufactured?
Next article
Ram Setu: Surprising Coincidence Or A Man-Made Wonder?
Conspiracy theories