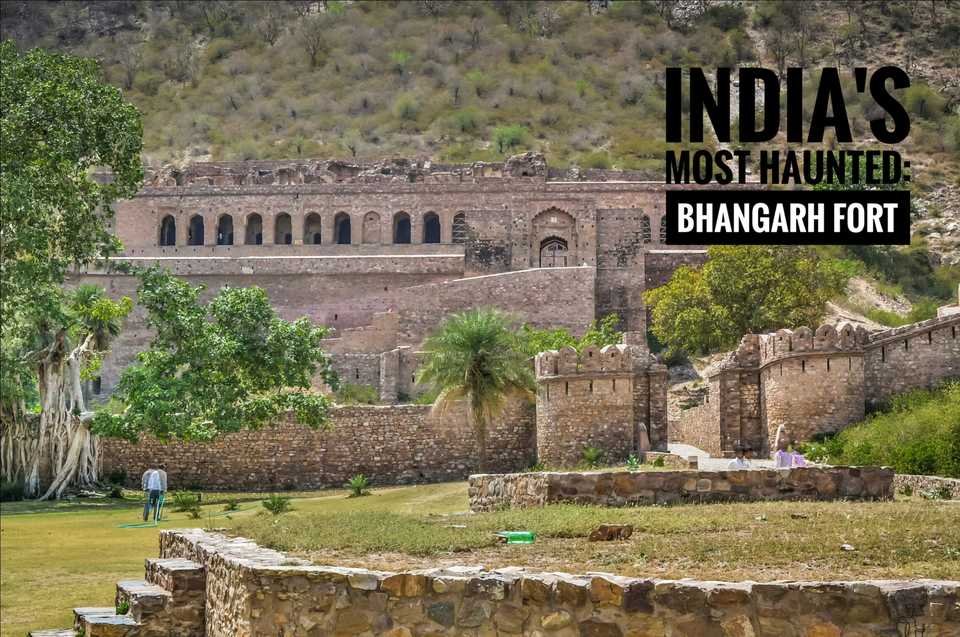 It is no secret that the Bhangarh Fort in Alwar district of Rajasthan is known for its haunted tales. Despite being a tourist spot, the Archeological Survey of India (ASI) restricts the entry into the fort after sunset.

There are several theories about fort once it’s dark and assumptions of the reason behind it. Some believe that ghosts and witches haunt the place, others say it’s the darkness, some don’t believe the fort to be haunted at all, yet others tell a different story.

The two of the most widely believed theories behind the haunted fort of Bhangarh are as follows :

Table of Contents show
What if its Cursed By A Shadow ?
Or is it Cursed In Love ?
The Logical Reasoning ?

What if its Cursed By A Shadow ?

One of the theories suggests that Bhangarh was once a prosperous fort ruled by King Madho Singh. He had an agreement with ascetic named Baba Balak Nath which stated that the shadow of the fort must never fall upon his abode.

However, when Madho Singh was succeeded by future generations, one of the kings decided to build the fort in its height. Therefore, ultimately ended up casting a shadow on the ascetic’s house. It is believed that Baba Balak Nath had cursed the fort which resulted in its destruction.

It is also believed that the fort cast the shadow on the ascetic’s house roughly around sunset. Hence anyone who enters the fort during or after that time becomes cursed too. Locals state it to be the reason on entry in Bhangarh after sunset.

Or is it Cursed In Love ?

Another theory is that a local magician or ‘Tantrik’ fell in love with Princess Ratnawati who is believed to be very beautiful in her time. The Tantrik tried to bewitch her and make her fall in love with him. Therefore he tricked her into using a decieve scent.

But unlike planned by the magician, the princess got suspicious of the cosmetic and threw it away. The breaking of the glass bottle resulted in the Tantrik’s death. As he was dying, he cursed the fort, that no one will ever live in peace in the premises of Bhangarh, resulting in overnight destruction of the fort.

It is also believed that ghosts of the Tantrik haunt the fort every night and only the reincarnated self of Princess can lift the curse by visiting the fort.

The locals are all good for adding to the mystery and tourism revenue of the fort but there could possibly be a logical, realistic and provable reason behind it.

The reason behind the restriction is not the haunted legends, but some hunting creatures. The fort shares its boundaries with the tiger reserve in Sariska. It has happened in the past that the tigers wander into the fort during the dark and caused injury to the locals. That is why the entry is restricted once it is dark.

Another fact to note here is that Bhangarh’s property is looked after by ASI and most properties of ASI are only accessible to the visitors from sunrise to sunset. Hence, the fort is no exception to that.

Ascetic? Magician? Or the tigers? What haunts the fort of Bhangarh continues to stay a mystery but it sure makes one want to visit and check it out for themselves.

A legend that emerged during the late cold war, red mercury has had a prominent presence in western media. Largely considered to be a...
Read more

All about the Temple There is a temple, Padmanabhaswamy Temple, in the state of Kerela that is the mother of all supernatural sites. It is a replica...
Read more

Seth Rich, 27, was an employee of the Democratic National Committee. He was murdered...
Previous article
The Spooky Story of the Ten Commandments Cult
Next article
Prediction 1: Vaccines will Backfire upon us
Conspiracy theories