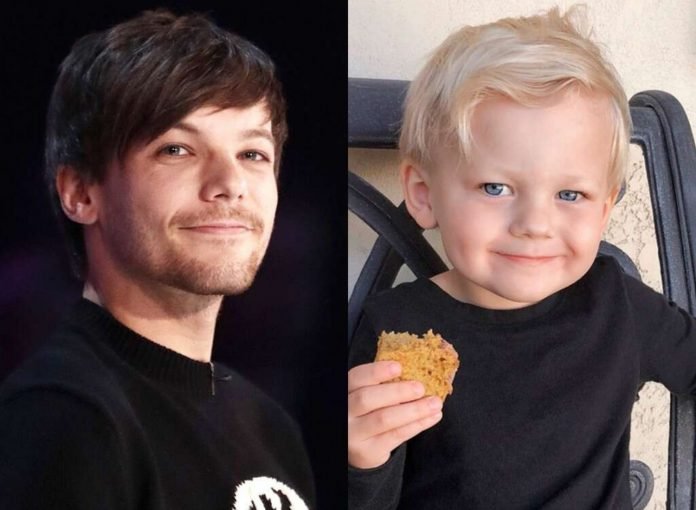 Louis Tomlinson is an English singer and the face of the former boyband, One Direction. He started his career as an actor and gained recognition after being a part of the show The X Factor in 2010. After his elimination in the show, the judges put him in a boyband formed in the same show. The group was named One Direction.

However, Louis has been a part of many controversies regarding his sexuality and weird relationship with one of the members of the boyband, Harry Styles. But the biggest controversy of his life was his fake baby mystery. Let’s have a look at the whole matter!

In 2015, Louis Tomlinson confirmed that he would be a father, and Briana Jungwirth, a Los-Angeles-based stylist, was the mother. Braina’s name was never linked with Louis in public. However, Louis became a father in January 2016 when Briana gave birth to a son named Freddie. From that time onward, One Direction fans started gossiping about Louis’ baby being fake.

The Beginning Of The Fake Baby Concept

So, as mentioned before, there were rumors of Harry’s relationship with Louis, which everyone knew of. Fans noticed the way they used to look at each other or touch each other. Moreover, they used to wear the same t-shirt while performing. But the singers always denied this rumor. A group of people called ‘Larry’ were the ones to spread such facts about Louis’ sexuality and then the concept of his fake baby.

Briana created her Twitter account back in 2015, just after her pregnancy. Nobody knew that she was Louis Tomlinson’s girlfriend, and just two months before the pair announced about the newborn, their photograph went viral. Louis tweeted and announced their baby boy’s birth.

Evidence Regarding The Fake Baby

Fans followed the tweets of Louis thoroughly and came up with something odd. He always left a space before placing an exclamation mark. But after his baby’s birth, his tweets were different, as if his management would have written it on his behalf. The doubts became stronger after Louis’s tweet, where he announced that he is a father now.

So let’s start with Briana’s post. Briana posted a picture of her with her son Freddie on 21ts January 2016 with a caption, ” 21/1/16 Freddie Reign. Love of my life”. But on the other hand, Louis tweeted on 23rd January 2016, “I’m pleased to say my baby son was born yesterday.” Here ‘yesterday’ obviously means 22nd January. But according to Briana’s post, Freddie was born on 21st January. How come the dates did not match? Thus people started looking up for more details about the matter.

The Evidence Getting Stronger

People who were involved in gathering the information against Freddie were now searching for more proof. And very soon, they came up with plenty of it. Fans mentioned that it is a hospital policy in the US that all the patients after giving birth should be wheelchaired to their car. But when Briana’s images were uploaded on social media, she was not in the wheelchair while being discharged from the hospital. Now, this is really something to doubt on. Why Briana went against the hospital policy?

Another theory that could be considered as the most prominent one was the ‘twin baby’ event. In November 2015, Louis visited LA, where the head of Syco PR, Ann-Marie Samson, gave birth to twin boys. At that time, Louis was still there in LA. Fans compared the picture of the twin boys with Louis’s son Freddie. They claimed that Freddie looks similar to the twins and even shared their pics.

Mystery Behind The Black And White Photos

Louis never used to post black and white photos on social media. So, it was odd to see him posting a couple of black and white pictures with Freddie. One of the pictures was said to be fake, and a bunch of reasons was given. Even in some of the photographs, Louis Tomlinson’s dagger tattoo was not seen on his forearm. But this was not the end.

The picture that made everyone believe in the fake baby theory was the black and white snap of Freddie’s toes. Fans claimed that no 2-month-old baby could spread its toes the way Freddie did.

Louis Tomlinson’s “Fake Baby” is still a mystery, and though people kept on wondering and asking questions regarding his baby, Louis and Briana denied the remarks. They said that it is very cruel that people do not even have respect for a newborn. Though it is not yet officially proved, the shreds of evidence were enough for suspecting the matter. It’s been six years now, but the mystery is still unsolved.

NASA has been showing a steadfast improvement in the field of space technology. Not...
Previous articleDid The US Really Make Warships Disappear?
Next articleWhat Caused The Horrific Witch Trials Of Salem In The 17th Century?
© Newspaper WordPress Theme by TagDiv