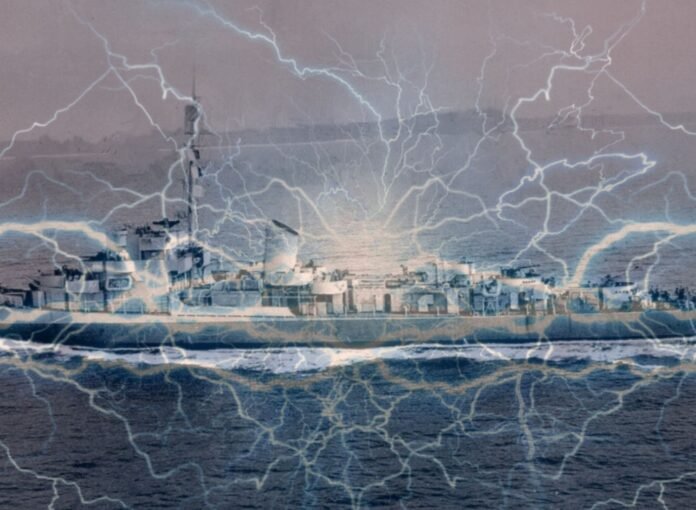 Is The Government Conducting Experiments That Can Make Warships Disappear?

Our governments are quite something. They are doing an incredible lot of things. They govern the country, develop the country, keep people united and safe, implement laws and policies, and also perform some rather unsettling side projects like communicating with aliens and withholding the information— Illuminati, The Montauk Project, etc.

While they appear good to people on the outside, they do conduct some serious experiments in their secret lair. Whether it is to communicate with aliens or destroy half of the Universe, I can guarantee that it can be neither possible nor true. Or at least we’ll get the wrong side of it.

One such experiment is The Philadelphia Experiment. This project was not about creating human-time bombs but rather advanced technologically and making warships that could disappear.

Sounds like a scientific thriller is on its way.

It was 1943, America was fighting World War II. ‘The Battle of Atlantic’ was a long, fatal battle between American warships and German U-boat submarines.

Of course, the shipyards of Britain, Canada, and the US were busy preparing their naval artilleries for war. While these coasts were vigorously getting ready for battle, something bizarre was happening at the Philadelphia docks.

The government was creating a technology that would render warships invisible on enemy radar. A new destroyer called the USS-Eldridge was being built.

So, what experiment is the government probably doing with this canon-class destroyer escort?

Creating a powerful destroyer sounds interesting, but the invisibility is disturbing. What makes it more interesting is that there are actual witnesses that claim to have seen this ship go “poof.”

First sighting: Witnesses claimed that they heard the generator bust and a green aura surrounded the USS Eldridge,, and then vanished with its crew. Later that day, it was seen at the coast of Virginia and again back at Philadelphia.

This was considered unreasonable because teleportation has not been invented yet at least not the expected type.

While some say they’ve seen the destroyer at multiple places on the same day others say the ship came back with all its sailors fused to its metal body.

A man named Andrew Furuseth said that he and another person actually was on board another ship when the destroyer teleported.

Morris K. Jessup, an astronomer and a science fiction writer said, he came to know about the experiment from a person called Carl Meredith Allen, who claimed that he’s been keeping in touch with Andrew Furuseth.

Carl M. Allen called himself a UFO conspiracy theorist. He wrote letters to Morris stating that he was personally taught by Einstein and seemed to understand something called ‘Unified Field Theory’ even though that makes sense; it was only a theory and couldn’t be applied practically. He didn’t want anyone to know about his findings, so he wrote these letters with the pseudonym Carl Miguel Allende.

While all this was going on, K. Jessup had a hard time coping with career, marriage, life, and above all, Carl was feeding information about the experiments.

All these things were weighing on him, and he said he wanted to talk to someone but a day later was found dead in his car.

Even though it was confirmed suicide, some people suspect it’s Carl that murdered him.

Ture Story Behind The Experiment

In 1994, Jacques Vallee, a French computer scientist, wrote a book called ‘Anatomy of a Hoax: The Philadelphia Experiment 50 years later.’

He published this book and asked people to read it in hopes of finding an answer.

One person finally read it. Edward Dudgeon served in the US Navy during WWII and said that the US tried to make warships invisible, but not literally.

The oceans were filled with underwater mines and magnetic torpedoes. So they tried to wrap electrical cables around the hulls of the ship to try and make the ship not visible to these mines. This process was called ‘Degaussing.’

That was their idea of making ships invisible, and people took the term ‘invisible ships’ literally.

But conspiracy theorists refuse to believe this explanation. They think it’s all just a cover-up for something that the government is planning than just a technology to evade magnetic weapons.

And as to explain when it was supposed to have disappeared at Philadelphia, it was actually at Brooklyn. There is evidence from the ship’s logs, and sailors confirm that the ship did not disappear.

In 1945, when Hitler's World War II was concluding and to the dissatisfaction of the Nazis, the Allies were winning the fight. The Russians...
Read more

On the night of Wednesday, January 2nd, 1935, a man checked into Hotel President, Kansas, to haunt the walls of Room 1046. The following...
Read more

Angela Merkel was made Chancellor of Germany in 2005 and since then has continued to be in the office to date. She is known...
Read more

Seth Rich, 27, was an employee of the Democratic National Committee. He was murdered...
Previous article
Is Our Universe 3-Dimensional Or Just A Hologram?
Next article
Louis Tomlinson’s Fake Baby: A Wild Conspiracy
Conspiracy theories