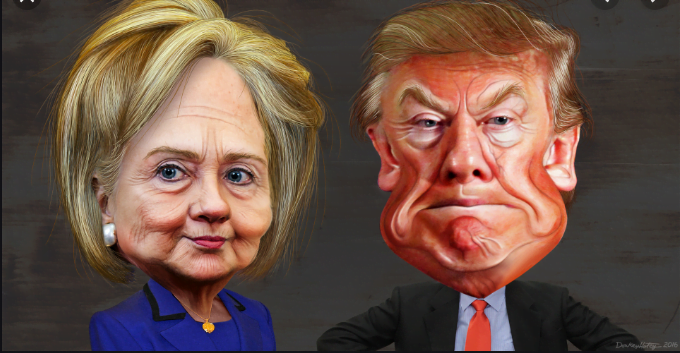 When has there ever been an election without the public naming and shaming of the candidates? Dirty secrets spilling out, some truths and a lot of lies and allegations seem a very everyday thing during the election season. In this article, we look at one such recent incident that happened during the American Presidential elections of 2016 and conspiracies about ‘Pizzagate’.

Amid all this campaigning and blaming game where Hillary Clinton and Donald Trump were at loggerheads, WikiLeaks released parts of emails of Hillary Clinton’s campaign chairman, John Podesta.

This led to the birth of the very famous and at that time viral allegation against Hilary Clinton called ‘Pizzagate’ which was later debunked as a conspiracy theory. The issue gained a lot of social media attention and was trending with #Pizzagate. In fact, it became as popular as it did due to certain social media groups, especially the ones on Facebook which promoted this idea.

Table of Contents show
What does it say?
Origins
Unfolding
Conclusion about Pizzagate

What does it say?

The proponents of the Pizzagate conspiracy theory believe that in the emails leaked from John Podesta’s account, there existed information in the form of encrypted language regarding a ‘child sex’ and ‘human trafficking’ racket that was run by Hillary Clinton and other major Democrats in the basement of a restaurant or pizzeria.

Before the leaking of the emails on November 16th, a New York-based lawyer on the 16th of October of the same year had claimed that the New York Police Department (NYPD) had discovered a pedophilia ring linked to the members of the Democratic party.

Once the emails of John Podesta were leaked, the pro-Trump and anti-Hillary websites spread this news to such an extent that the NYPD ended up raiding Hillary Clinton’s property. There was an outburst on social media regarding the subject and it gained immense popularity. In fact, Hilary Clinton had to come out and confront the common people. Talking about the “horrible chain of events”, she said, “A bunch of Russians and their Allies (whoever they turn out to be) created an illusion of transparency and made the people believe what they wanted them to believe”.

Among the various speculated pizza places, where this child sex racket was alleged to be running, one place that came into focus was the Comet Ping Pong pizza place in Washington, DC. The owner of this place James Alifantis came out and spoke about how this piece of “fake news” had led to the constant harassment of him and his staff both on the telephone and in public. He said that he would get hundreds of phone calls every day threatening him and demanding the truth from him.

Moreover, on the 4th of December 2016, a man from North Carolina named Edgar Maddison Welch arrived at Comet Ping Pong and fired three shots at it to apparently “rescue the children”. Nobody was dead or injured but this incident made people realize the seriousness of the issue irrespective of the news being fake or true. The man was arrested but what remained was the shock, fear, and dilemma of the people. A lot of news channels and newspapers absolutely discredited the allegation and urged people t not fall prey to such dangerous hoaxes.

Although this theory is completely unbelievable, it is based on claims. The theorists claim to have seen a connection of pedophilia with the encrypted language in the leaked emails. The repetitive usage of the word ‘pizza’ in almost all the emails seemed absurd and out of place. The theorists then interpreted this as a reference to a child sex racket supposedly going on in the basements of certain pizza places or restaurants. Also, around the same time, a lot of children went missing in Washington, DC.  This fact also heightened the suspicion of the people.

We cannot say whether all of this was a hoax or the truth, but we can say that most of the time, there is no smoke without some fire.

More often than not, people choose to believe in these stories labelled as mythological in our literature. One such story includes the chapter on...
Read more

The literary world attributes its foundation to the works by William Shakespeare. Deemed to be the ‘father of literature’ and ‘Bard of Avon’, one...
Read more

Seth Rich, 27, was an employee of the Democratic National Committee. He was murdered...
Previous article
Overwatch Theory: How “good” is Mercy?
Next article
The Uncanny Waverly Hills Sanatorium
Conspiracy theories