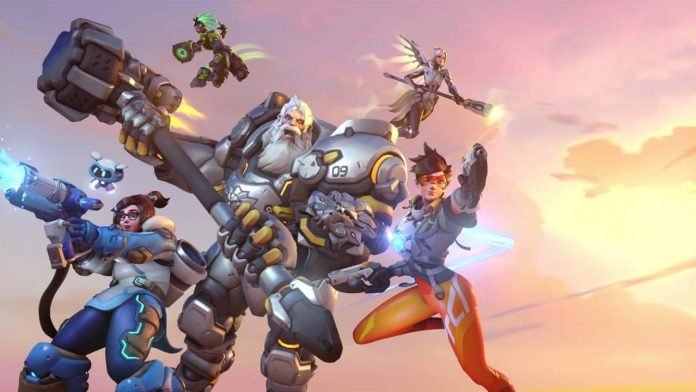 “Overwatch” is one of the few games that does well to represent the grey nature of human morality. When a game is so heavy with heroes and villains, it sometimes becomes a challenge to show the grey areas of what’s good and bad. In fact, when one takes a quick glance through the character pantheon, they can easily discern which characters they’re supposed to root for (the heroes) and which to root against (the villains).

However, that isn’t entirely what “Overwatch” is about. Some heroes are portrayed as good, kind, caring and funny; some antiheroes are painted as snappy, sarcastic, apathetic and individualistic; and villains are dry, evil and exhibit stock villain characteristics. However, the “grey area morality” aspect of the lore comes from subtle hints in the overarching story of the game. Some heroes are not as moral as they seem.

Table of Contents show
DID SOMEONE CALL A DOCTOR?
In Overwatch Heroes DO Die, except for Mercy.
Reaper: Mercy’s Failed Experiment?

DID SOMEONE CALL A DOCTOR?

One of the most prominent good guys in the “Overwatch” roster of heroes is the Swiss doctor, Angela Ziegler, better known as Mercy. She’s supposed to be the representative of the highest moral and ethical good in this game and unabashedly so. This support-class character is (supposed to be) helpful and kind and caring, ready to swoop in and save anyone who needs saving. She’s so good that they call her the battle angel.

No matter how kind a person is, they are not objectively perfect. “Overwatch” does a good job of coloring all its characters with a different coat of paint, priding itself in diversity and celebration of different cultures and countries. So, why would Blizzard choose to have a morally upstanding character with no flaws and no misdemeanors? Even Ana, one of the original members of the Overwatch program, has her moments of weakness and moral ambiguity, so how can we expect absolute good-girl behavior from Mercy?

This is where we dig deep into subtle hints and voice lines hinting towards Mercy’s questionable practices. First, let’s start with her youthful appearance.

In Overwatch Heroes DO Die, except for Mercy.

Angela Ziegler is not only a doctor but also a biomedical genius. Her supreme expertise in medical science makes her a perfect field medic and head of medical operations as a part of Overwatch. She is a smart 37-year old healer and surgeon who is perfect at what she does.

But, here’s the sitch – no matter how perfect of a doctor she might be, she would still age like a person. Take Soldier: 76 for an example of a proper, normally aging character. Jack Morrison (Soldier: 76) and Ana are two of the oldest members of the Overwatch roster, and they are the good guys. However, Mercy is not that much younger than the two of them, AND she can age because she HAS aged to at least 30 (let’s be honest, she doesn’t look 30, but she is 37). So, what’s stopping her from aging?

There’s a paradox that’s worth exploring here, in that if she’s stopping her aging on purpose, she has a longer life which increases the possibility of her morality becoming skewed. The more time you have on Earth, the more you hesitantly decide to see that it sucks. By furthering her time on Earth and continuing to look like she just graduated college, she is more likely to succumb to the fact that no matter how good you are, there will always be evil that you can’t solve.

This feeling is driven even further home when you work for a program that is comprised of legendary heroes that are upstanding, ethical, justiciable and no doubt, strong. When you are involved in a war against evil, you’re in it for the long haul, if not dedicating your life to it. So, if Mercy technically can’t die, will she always continue to be good and help against the evil? Or will she give in to the nihilism that comes naturally to humans?

While we are talking about main characters with grey morality, let’s talk about Gabriel Reyes a.k.a. Reaper. Reaper was a normal person; an apathetic but normal person who had also dedicated his life to the Overwatch program. The thing that separates him from Ana and Jack is that he is the most morally ambiguous person in the trio.

This doesn’t just mean questioning their actions and what is good or bad or how they can’t really defeat all evils in the world when they are bound by singular law. This is also why he joins Blackwatch, the covert wing of the Overwatch – because he is willing to do questionable or bad things for proper justice to take place. He is the absolute amalgam of the good, the bad and the questionable.

However, Gabriel, unlike his other counterparts, Ana and Jack, goes down the darker path and gives in to the devil sitting on his shoulder. At the end of the day, he still wants to do good things but he is deeply distracted by his personal feelings and the idea of revenge rather than reformation.

This path somehow takes him to a horrific tragedy that turns him into some sort of an undead person. We can barely call him a person because of his over-accelerated rate of regeneration and degeneration. However, his tragic incident isn’t what caused this condition to occur.

The tragedy had completely destroyed his body, but thanks to one of the other antagonist characters (Dr. Moira O’Deorain), he’s able to “live” by regenerating his cellular structure as much as he degenerates. This gives his outer form a weird undead aura, as he becomes akin to wisps when he degenerates. It seems as though he is able to control it, but there is no confirmation on that. So, how does Mercy play into this? The only doctor concerned SHOULD be Moira, so who is Dr. Angela to intrude?

This particular theory states that she is the one who gave passage to Moira to use her technology to transition Gabriel into the Reaper. One of Reaper’s in-game dialogues with Mercy goes thus:

This interaction gives his character a little mystery and one of the only interactions between the two characters that give the player a hint that she knew what happened but she wanted to pass the blame onto something or someone else. Mercy has done this before, altering the bodies of her colleagues so they can function normally again, if not better than normal.

She did it before with Genji, another Overwatch hero who was terribly injured, similar to the injuries of Gabriel. However, Genji became a sort of cyborg, not being able to expose his skin so he was given a body of metal or something of the sort. Although Genji can seem like Mercy’s successful “experiment”, a lot of Genji Shimada’s lore is stemmed from his rejection of the world and his new body. Sure he comes around to this drastic change, but it makes Mercy’s actions questionable.

We have no confirmation that Genji wanted that for himself, which is crucial. Consent is protected by the “Hippocratic Oath” which outlines the need to disclose the details of any medical procedure to the subject of the said procedure and gain consent from them in order to go forward with it. Did Genji have a say in his drastic transformation or did Angela try to play God with him and Reaper?

Another interaction in the game between Reaper and Mercy was later removed from the game for some unknown reason. This gives us more of a clue as to the extent of Mercy’s involvement in Reaper’s horrifying state. This is what we could hear before it was rescinded:

There is a lot of speculation about whether these lines ever existed or not since there’s no video proof of this exchange taking place. But, so many players and fans have come forward, swearing that they’ve heard this interaction in the earlier days of the game. This may just be speculation or a case of remembering wrong, but it still backs the theory that Angela had a plan to restore Reyes that went left.

Although the support provided by the dialogue isn’t foolproof, it is something to chew on. The alternate of the same dialogue is pretty much implying the same, that Mercy did this to him.

So we know that Mercy has good intentions, but is she truly the ethically upstanding doctor she is made out to be? She is beautiful, kind and remarkably intelligent, so clearly she is not entirely a bad person. But, how can she justify what she did to Reaper or Genji? How can she justify playing God? It’s the same argument that is used against human experimentation and cloning – if life goes on forever, then the value of living is decreased and our actions no longer have meaning.

That is all for this theory, and while there is no definitive conclusion to this question, a good theory leaves you with more questions than answers. In that sense, it has done its job.  Is Mercy truly the angel she is made out to be? That is for the reader to interpret.

Known as the richest temple in the World, Shri Padmanabhaswamy Temple holds Rs 1.2 Lakh Crores ($17 Billion) worth of items in its preserve....
Read more

This is a story about a true lover's ghost, wandering the halls of The Baker Mansion, forever dancing gracefully on the tunes of her...
Read more

In mid-2001, India saw the rise of a new type of criminal. More than a criminal, it was reported as causing menace in the...
Read more