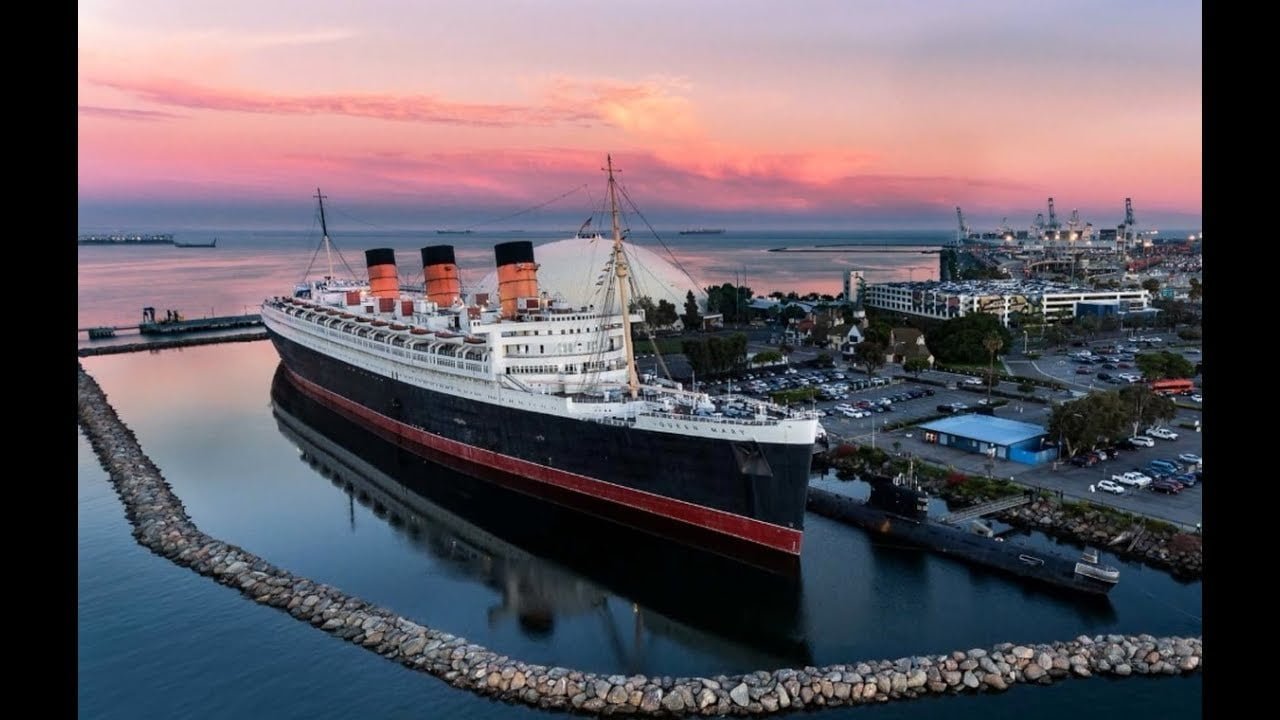 The beautiful ocean liner spent years and gave its service to people, even in World War II. The ship has witnessed more than 50 deaths and also one of the greatest tragedies in World War II.

Table of Contents show
Why is it haunted?
Various Ghost Sightings
Room B340
The Logical Reasoning

Why is it haunted?

During World War II, the ship collided with one of its escorting vehicles, the HMS Curacoa, in the North Atlantic, as it carried nearly 20,000 U.S. troops. As the ships proceed in a zig-zag pattern to elude Nazi submarines, the Queen Mary struck the ship, cutting the smaller vessel in half. Only 99
of Curacoa’s crew of 338 reportedly survived. All the deaths contributed to the ship being haunted.

In the ’60s, a man went crazy and brutally murdered two women. He was arrested and later locked in either room B222, B224 or B226, with a guard posted outside. After a while the man started pounding on the door stating someone was in there with him, trying to kill him. Thinking a reason to rescue, the guard ignored it. After a while, the man stopped and the guard assumed that he slept. Next day after opening the door to arrest him, the NYPD detectives found the man dead, ripped apart with his entrails and limbs spread all over the room. There was no way he could have done that himself.

In 1967, the three rooms combined into one, room B340, which was closed to people for almost 30+ years. It was recently open to the public, from paranormal investigators to people who just wanted to experience supernatural.

The room has witnessed apparitions of a man sitting on a chair watching the guests sleeping, tap water turning on and off on its own, and several knocks and screams inside the room without any logical explanation.

On the pillars of the room, there are stories written of paranormal activities and sightings happened to people before. The room also provides an Ouija board, crystal ball, devil cards, candles, to talk and communicate with spirits and demons. The wall of the washroom also provides with written instruction on how to summon the Bloody Mary.

Though there are various stories and legends regarding the Queen Mary and room B340, it is also plausible that these are just stories and are used for publicity for tourist attraction and for high revenue of the rooms, as there is no actual proof to back these stories up.

Famous for its golf sites, St Andrews Cathedral was once the site of the largest medieval cathedral in Scotland but today it stands in...
Read more

The Suspicions Although the anger and hatred in the people of the U.S due to the terrible events of 9/11 might have been decreased by...
Read more

Seth Rich, 27, was an employee of the Democratic National Committee. He was murdered...
Previous article
Is The World’s Greatest Aviation Mystery Even A Mystery?
Next article
What actually crashed in Roswell that day?
Conspiracy theories