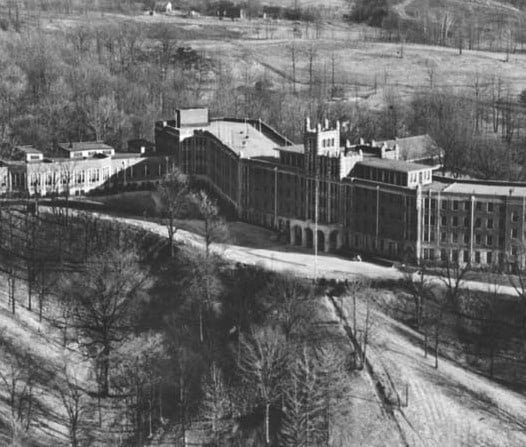 Waverly Hills is a Sanatorium build in an isolated area on top of a hill with blooming flora and fauna. As a Sanatorium, it opened its door particular to treat patients suffering from tuberculosis. The sanatorium was then renovated as an epidemic also known as the white plague broke. It was never to become a haunted building but guess what? It now is.

What is uncanny is the number of deaths taken place in the sanatorium whether murder, suicide or untimely deaths this place has seen them all. Tina Mattingly and Charlie Mattingly co-owners of the place estimate the number of deaths could reach up to tens of thousands. All deaths taking place in horrifying circumstances. Of course, the deceased left their afterlife looming around the sanatorium thus forever making it the famous haunted hospital it is.

The patients at Waverly Hills

The patients died horrible deaths. There was no cure for TB until the early 60s. With no anesthesia at the time patients who had to be operated under sometimes died deaths due to the miserable pain. Patients whose TB had spread to the brain were given electroshock therapy and died in the process or went mentally ill.

The tunnel connects the hospital to the foot of the hill. The tunnel was a passageway for a number of dead bodies as they made their way downhill. Due to a large number of deaths taking place in the sanatorium every day the tunnels were deemed the most efficient way to dispose of them

. The dead were placed on carts and rolled downhill through the tunnel. Once downhill they were piled up and then taken away. The tunnel’s nicknamed the ‘death tunnel’ or the ‘body chute’.  Visitors have reportedly seen figures and heard foots steps when nobody else is in the tunnel and people theorize that the dead are trying to walk back to the place they died but are trapped inside the tunnel.

A room situated on the fourth floor is said to be the most scandalous room in the abandoned sanatorium. Room 502 used to the nurse’s waiting room. In 1928 Marie the head nurse committed suicide by hanging herself right outside room 502.

Other speculations say that Marie was impregnated by a doctor at Waverly. As the doctor was married and didn’t want anything to do anything with either Marie or the child, he performed an abortion on her. Marie died in the procedure and the panicked doctor then hung her outside room 502. Marie still appears around the room searching for her baby.

Old man and his dog

On the fifth floor was situated the children’s room coincidently just opposite to the patients whose T.B had spread to the brain. Timmy, a six or seven-year-old boy who died in the hospital is yet to move on. He loved to play ball with the nurses and often spend hours just chasing his ball around. Visitors bring plastic or rubber balls to play with him and are often answered back.

Shadow people are shadow figures often looking like a man in an animal form and are addressed as an entity rather than a ghost. Waverly Hills Sanatorium is notoriously known for the presence of shadow people. They suddenly barge in towards visitors or startle them by hanging upside down on the walls.

Waverly hills sanatorium is open to visitors and has facilities of a tour and overnight stay. . It remains a major attraction to people over the years.

The most heavily reported missing person case in modern history is the disappearance of five-year-old Madeleine McCann, from her bed in a holiday apartment...
Read more

The Millennium Biltmore hotel of the Bowman-Biltmore group, located in Downtown California, Los Angeles is one of the most expensive and lavish hotels in...
Read more

Music is everyone’s anchor to stay in reality, keep in check and cope with life. From your grandfather who vibes to 70’s music to...
Read more

Seth Rich, 27, was an employee of the Democratic National Committee. He was murdered...
Previous article
The ‘Pizzagate’ Conspiracy Theory
Next article
Mary Shelley the author of ‘Frankenstein’?
Conspiracy theories