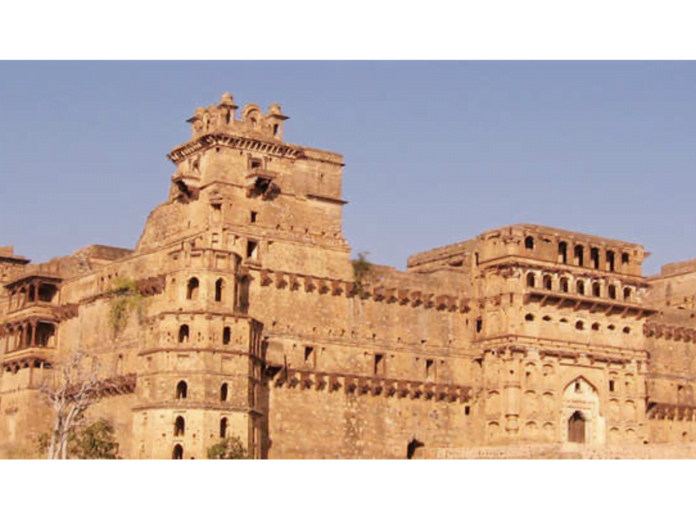 India is a land of treasure, considering its historical richness, magnificent monuments, intricate architecture, pleasant climate, distinct cultures and most of all its lovely people. One who loves to travel will surely have India on their bucket list. Although India has gone through significant changes over time, it immensely cares about preserving its history.

The specimen of its history can be found in almost every states from its humongous forts to the little temples. India offers a great sight of exploration of history and architecture and it doesn’t provide us with any less in the experience too. Although most forts are known and visited for its historical magnificence, some others also attract attention for the mysteries it holds.

Like the Garh Kundar Fort, a lot of these forts have deep and dark mysteries that cannot be uncovered even by science.

The Ghar Kundar Fort may not be known for its history or tragedy involved in conquering it. But is sure known for its unnerving mysteries that lie within the chambers of this fort that sits strong on top of a hill ever after all these years.

One such mystery being, this fort is said to disappear when we get close. Well now how is that possible?

The History of Garh Kundar

Garh Kundar Fort is located in a village of the city of Tikamgarh, Niwari District of Madhya Pradesh. It is said to be over 2000 years old.

The fort is constructed with brilliant design and confusing paths. This is to keep the fort, its ruler and their subjects safe from invaders or attacks, that one could easily get lost in its pathways without a map.

It has a total of 5 storeys, with 3 above ground and 2 storeys in the basement. The design is so strange that it is said to have no similarities with the other fort constructions in India.

History states that this fort was built by the Chandellas. And Khetsingh Khangar was declared the ruler of the fort and hence found the Khangar dynasty. Later after their conquest, a marriage ceremony was to take place between a Bundela princess and a Khangar prince. The Bundelas massacred the Khangars shortly after the marriage and took over the fort.

The fort was abandoned in 1517 and got its name “The silent fort” because there has been no sign of man or even animals for that matter.

The Disappearing Mystery of Garh Kundar

The Garh Kundar Fort, although abandoned, gained attention for its yet another interesting mystery. This fort was said to disappear as one gets nearer. People noticed that the fort was visible from 5 km away but as they get closer, it was to be seen nowhere.

It was, however, not that big of a mystery. The answer to this is also the way it was built. The fort is located on a hill. Hence it’s visible from nearby locations. As one gets nearer the main road gets diverged into a different direction causing the fort to disappear from the line of sight. As it sits on top of a hill it’s quite hard to see it from the base of the hill. One has to climb 140 stairs to finally reach the top.

Other Mysteries about Garh Kundar

This fort also has its specialty for people disappearing with no trace.
As it has been abandoned, there’s no sign of maintenance and the paths inside the fort are dark without ventilation. One could get easily lost without a proper map or directions.

Locals do not enter this fort and call it haunted as there has been no sign of life and not even animals that have taken up abandoned buildings, for instance, a cloud of bats. Bardic tradition says that anyone that tries to spend a night in this fort has never been seen again.

Hidden Treasures That Turn To Dust

Forts like this having unlimited treasures in them is nothing surprising. What’s interesting is that people who attempted to take away the treasure either got lost to find the right path out or couldn’t take the treasure out.

Two basements were said to have gold that could make the entire country rich, which the government later took initiative to retrieve from the deep chambers, only to end in vain. According to a myth, if anyone were to find gold and get it out, it turns to stone when taken out of the fort.

Later these basements were sealed in 2006 because according to locals, a marriage procession of about 60 people who came to the village years ago went into the basement and disappeared forever.

So the treasure, true or not, lies below in that basement with several other people that tried to loot it.

Curse Of The Witch: The Death Of Christopher Case

NASA has been showing a steadfast improvement in the field of space technology. Not...
Previous articleIs Winchester House the strangest house in America?
Next articleWho was the first Man or a woman to walk the earth?
© Newspaper WordPress Theme by TagDiv