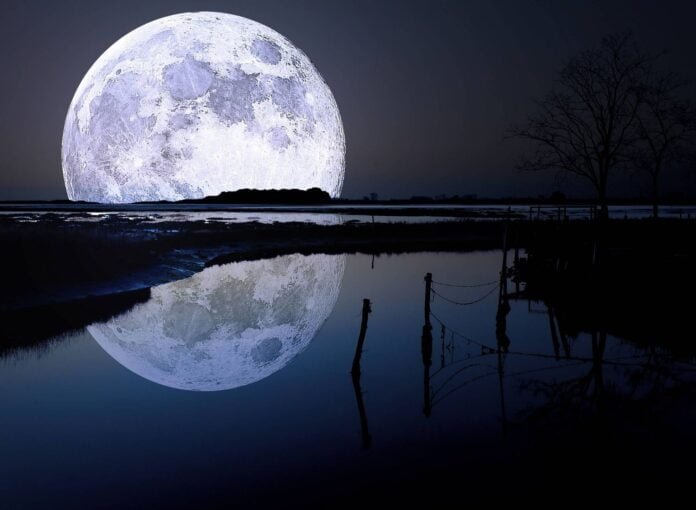 Nothing lights up the night sky more brilliantly than the radiant Moon.

How many times have you lost yourself in the magic of its celestial beauty?

Table of Contents show
Dark Side Of The Moon
What’s This Unnameable Substance On The Dark Side?

Dark Side Of The Moon

As we all know, the Moon had been our only natural satellite since its formation some 4.5 billion years ago. Ever since, it’s been rotating our home planet, the Earth, on its axis every 27 days.
But what makes us believe that there’s a dark side that no one has ever seen it before?

How can it not be seen before? Not even during the Moon landing or expeditions?

Well, it’s a cosmic effect called tidal locking. The Earth’s gravity locks it in its orbit so that the same face points towards us. But it is proved that we can catch glimpses of the dark side sometimes in the year.

That’s not so mysterious. So what’s all the hype about?

It’s a mystery that no one has set foot on the dark side of the Moon or knows what exists until 1959 when Soviet’s spacecraft Luna 3 flew past the Moon’s far side and brought back photographs.

What experts found looked completely baffling. The far side didn’t look anything like the near side. It didn’t have dark spots called lunar maria created by volcanic eruptions 4 billion years ago. Instead, it was filled with planes, tall mountains, and countless craters.

Scientists came up with the most plausible theory they could. They believed that the curst on the far side must be much thicker than the near side for lava to penetrate and create an impact during volcanic eruptions, which later confirmed that the crust was 30 miles wider on the ground side.

Another set of experts suggested collision theory. The theory states that there were two moons in the sky after the impact with Theia (hypothesized ancient planet). Eventually, the smaller Moon slowly collided with the larger one creating a thicker layer on the dark side.

Now that the dark mist has been cleared, there’s nothing mysterious about the Moon anymore or is there?

What’s This Unnameable Substance On The Dark Side?

This weird gel-like substance was found near the Von Karmen Crater, not far from the Moon’s south pole.

China’s Yutu-2 was monitored from Beijing Aerospace Control Center, which investigated the gel-like substance. The rover used special equipment that detects light reflected off the substance, which researchers later used to understand the weird-looking material better.

The only description they could come up with was that it looked like a “randomly coloured shiny gel”.

The samples found on the far side of the Moon during the expedition were later examined to see that it was a mix-up of all minerals, with the main being a type of silicate.

It was also found the sample mainly consisted of glass that gave the shiny surface. Experts pondered that this could have formed during a volcanic eruption, but there hasn’t been one for billion years.
Other theories suggest that a massive asteroid could have been created, whose impact caused lava to spew out.
And the lava that cooled fast formed glass and those that cooled slower formed a new rock.

Leonardo da Vinci was an esoteric 15th-century artist and thinker of Italy, whose mysterious paintings and theories are still indecipherable to modern scholars and...
Read more

Kuldhara the Haunted Village and its Unsolved Mystery

Seth Rich, 27, was an employee of the Democratic National Committee. He was murdered...
Previous article
The Haunted Ruins of St Andrews Cathedral
Next article
The Terror Of Kala Bandar Of Delhi In 2001.
Conspiracy theories