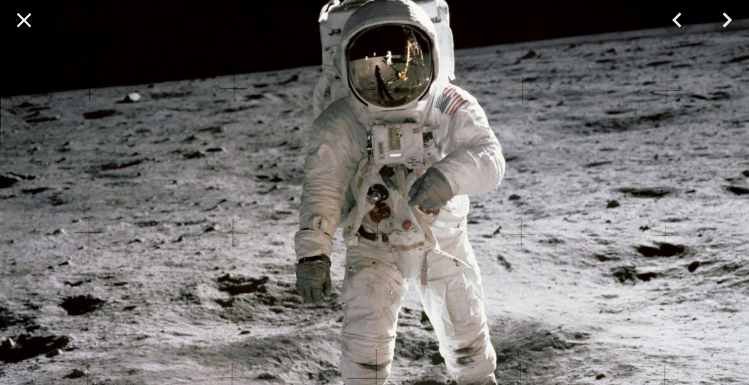 On the 20th of July, in 1969, the world and humankind moved to a new level. A feat that couldn’t have even been imagined 70 years ago had now been achieved. Two humans from America, Neil Armstrong and Buzz Aldrin stepped on the Moon for the first time.

The entire world watched on with pride on their television sets, which was one of the most important moments in humankind’s history. Both of these astronauts walked on the Moon, explored the surroundings, recorded their experience, and returned home safe with souvenirs in the form of rocks. These rocks were shared with different countries, and they have been extensively studied everywhere.

This achievement was so grand that even after enough evidence and congratulatory messages, some people could not believe it really happened. Even today, around 5% of Americans believe that the Moon landing was fake and staged by NASA (National Aeronautics and Space Administration). The motive they say was that the US wanted to beat the Soviet Union to the Moon. This not so popular belief has become a conspiracy theory.

The theorists’ disbelief is based on certain discrepancies in the information and evidence, basically NASA’s photographs. We will look at them one by one.

The moon landing pictures that were released by NASA made everybody happy, proud and surprised. However, some of the conspiracy theorists noticed that the pictures did not have any stars. The Moon does not have an atmosphere like the Earth and does not have the ozone layer.

Therefore, the sky is black, and stars should have been visible, but it was not so. There was not a single star in the sky in the pictures. This really heightened the suspicion of people. Numerous objections were raised, and the people asked questions.

Today, the scientific explanation for this has been given as follows— “The stars are present in the sky but are faint and not visible.” Also, it has been said that while the picture was being taken, the focus was on the fellow astronaut and the American flag and not on the sky. That’s why they said that the stars were not visible in the picture. This explanation, however, did not satisfy the people, and their skeptical perspective continued.

Neil Armstrong passed away recently in 2012 at the age of 88. The space suit that he wore to the Moon has been preserved in the Smithsonian National Air and Space Museum. A picture of the spacesuit had been doing rounds on the social media when somebody noticed that the bottom of the boots in the picture is different from the moon footprint picture that had been circulated by NASA.

The boots with which the footprint must have been made have thick vertical lines unlike the boots in the picture. This clearly got people asking for explanations because those who believed in the landing felt cheated, and those who did not, got another reason to not believe.

However, unlike the last time, a satisfactory explanation was given for this objection. The clarified by saying that spacesuit had two pairs of boots, the second one with which the footprint was made being a cover of sorts for the inside pair for extra protection from the Moon environment.

Since stepping and walking on the Moon for the first time was a big thing, the pictures released by NASA were very minutely examined by the people, and anything and everything unusual was pointed out.

One such unusual thing was the flapping flag evident from the images. At first glance, everything looks normal in the picture till you are reminded that this is the Moon, and the flag is not supposed to flap and fly as it does on Earth because, unlike the earth, the Moon has no air and hence no wind. How then is the flag in the picture waving? Doubters say the picture is photoshopped, and no moon landing ever happened.

The explanation for this doubt is the least satisfactory. It has been said that the flag waved due to the rotation of the pole that was necessary to fix the flag in the ground.

This group of people always question every achievement and question every evidence, which is also necessary. Although explanations have been given for all the doubts and objections raised, how satisfactory they have been is for the readers and the general public to decide.

NASA has been showing a steadfast improvement in the field of space technology. Not...
Previous articleHow Christmas Came To Be Celebrated?
Next articleFall Of The Titanic: Accident Or Conspiracy?
© Newspaper WordPress Theme by TagDiv