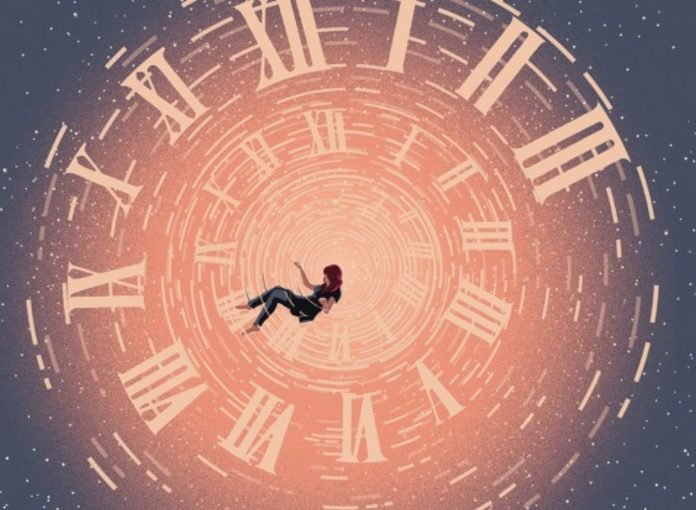 What does it mean when one says “I’m running out of time”?

What is Time? How does it work? Can we measure time? Does it only move forward? Is there one big clock for the whole Universe?

The answer to all these questions is simple. Yes, time does exist. It’s just that one’s perception about the idea of time that makes the difference. You can hear it with the tick and tock of the clock, with every flap of a bird’s wings, you feel it with every heartbeat, and with every sunrise and sunset.

The perception of time became complicated when Albert Einstein came up with his theory of relativity. He stated that our perception of the past, present, and future could all be an illusion.

So how does one explain time? To understand the dynamics of time, one must have in-depth knowledge about the other forces of physics such as space, light, spacetime, gravity, velocity, etc.

Table of Contents show
1. What Is Time?
2. How Does It Work?
3.What Direction Does Time Move?
4. Is Time Travel Possible?

How can we define time? To state simply, time is a long line that distinguishes past, present, and future. It’s just a sequence of moments and memories. According to Professor Carlo Rovelli, time is a structured actuality that’s made based on the way our brain works. It’s just the product of the activities of the brain.

So, when asked if the whole Universe works according to a single clock, he said time is not the position of a single clock. It works rather emergently than fundamentally. The existence of various time zones confirms the fact.

The working of time has always been a mystery to many. As ordinary people, we don’t give much thought to it. But for all we know, we think our time is the same as the person next door. But physicists have been coming up with varied explanations for the same.

It all started when Albert Einstein published the general theory of relativity in 1916. While studying time, Einstein observed that the laws of physics are the same for all non-accelerating observers. This means time tends to move slower for a person who’s not moving than someone traveling close to the speed of light.

For example, time seems to move slower for someone who is on Earth compared to a person on an airplane as their motion is relative to the motion on Earth. But the person traveling on an airplane will feel stationary since their motion matches the plane’s motion. To simply state, time passes for everyone but doesn’t always pass at the same rate.

General relativity explains the law of gravity with other forces of nature. So how is this related to time? The theory of relativity states that the closer one is to a gravitational object, the slower the time shall pass. That’s why time seems to pass slower for someone on Earth, which is a substantial gravitational object, than someone that’s high above in the air or on top of a mountain because of the curvature and mass of Earth.

This was explained by a twin-theory, where one twin spends her time on Earth, and the other travels to space, when she comes back and finds her twin that remained on Earth has aged more.

Best explained in the movie Interstellar, when Cooper gets stuck in a black hole and uses quantum data to get ejected from the tesseract, he only returns home to find his daughter twice his age.

Another example is if a person is on Mt Everest, he could celebrate the New Year 13 milliseconds before anyone on the sea level because of the curve and mass of Earth.

3.What Direction Does Time Move?

While Einstein studied time, he observed that there was an exception to his theory. He discovered that light was an exception to relativity as it traveled at a constant speed. He marveled at the thought of how light could continuously travel through the near-vacuum. And that’s when he started working on the relationship between space and time and came up with a mathematical model called Spacetime, which puts the three dimensions of space and one dimension of time into a single four-dimensional manifold that gives us the equation E = mc².

He also figured that it was possible to travel in any direction in space but only in one direction in time, which is forward, which states that time reversibility could be possible in another universe but not in ours.

We live in a Universe where time can only move forward, called the ‘arrow of time,’ which is explained by the Second Law of Thermodynamics that systems in our Universe move from order to disorder.

They say that time is trickier. The perception of time can differ between two observers. For example, the Proxima Centauri is the closest star to Earth after the Sun. It is four light-years away. Which means it takes four light-years for us to see the state. As we see now in the present, it will already be four light-years old.

So, if a person goes into the future, this can make us question if time travel is possible.

Well, Professor Carol Rovelli says that it’s not entirely impossible to time travel, and it doesn’t work the way it works in movies where you can jump onto a time machine and get to a specific time.

Time travel in physics works differently. Theoretical physicists say that although time travel might work in general relativity, it doesn’t completely allow us to understand the Universe.

Physicists have been attempting to develop a theory called quantum gravity that combines both the properties of general relativity and quantum mechanics to see if time travel is possible.

After many observations and experiments with various theories, they concluded that time travel “may” or “may not” be possible theoretically and mathematically. And as of, in reality, it’s still out of the question. Well, maybe they’d work it out shortly, given the advancements in technology. It can happen in a matter of ‘time.’ Ironic, isn’t it?

One thing that we can understand from all this is that time is absolute. There is no objective past, objective present, or objective future. It’s all designed by our memories,  experiences, and actions based on where we are and how fast we are moving.

As stated by Einstein, “the distinction of the past, present, and future is only a stubbornly persistent illusion.”

The first appearance of a black helicopter was in the 1970s related to the reports of cattle mutilation. It made its literary mark in...
Read more

Seth Rich, 27, was an employee of the Democratic National Committee. He was murdered...
Previous article
Taj Mahal Or Tejo Mahalaya— A Debated Controversy
Next article
Project MKUltra: The License To Kill
Conspiracy theories