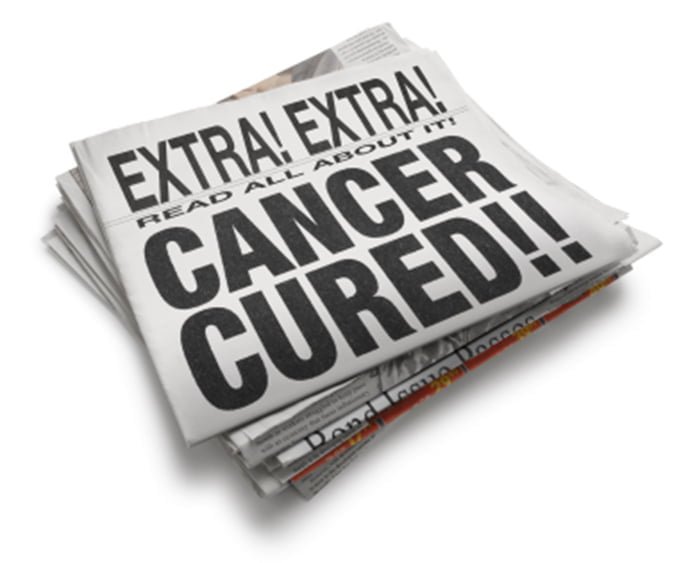 In America, 3 out of 5 people will contract some serious cancer in their lives. Worldwide, 8 million people pass away due to cancer every year. Cancer is such an old, really old, disease that it is almost inseparable from the formation of the basics cells that make up an organism like you and me. Being around for so long, millions of people have been working to find the cure that can uproot this menace so much so that, the business of cancer is as big as the disaster of cancer itself.

Let’s not forget that cancer research is broken down into the various types of cancers too, some more treatable than others. So, yes, cancers of a particular type in their early stages can be worn down while others cannot be. At least, that is what we have been told.

It’s been said that if we could put a man on the moon, we should be able to kill cancer too. And as conspiracies would have it, the Big Pharma is apparently the one guarding the cure for cancer. Based mainly in America, Big Pharma is an umbrella term used to refer to all the major pharmaceutical companies, even government agencies. Ted Gansler, from the American Cancer Society (ACS), conducted a survey in 2002 and found out that in the USA, a shocking 27.3% of people believed the conspiracy and another 14.3% were uncertain.

The Big Pharma faces quite many conspiracies against it, like how they only sell out drugs that are profitable but ineffective enough to keep the patient sick and wanting for more. They say, “Doctors see patients as diseases, not as humans”. But this cancer conspiracy is a solid kick. They have a lot to gain from suppressing this “hidden cure”: from the treatments with high-end equipment, radiation and chemo procedures, costly healthcare plans, therapies, fundraising, etc.

Too many researchers earn a living seeking a cure. Their institutions get grant money and they survive from the funding. However, mankind has faced a lot of changes in the field of medicine and research. The practice of medicine is constantly evolving in the process of creative destruction. Long back, when we faced the threats of diseases like smallpox and tuberculosis, many doctors and hospitals would be dedicated to finding a cure. Once there was a breakthrough, doctors and researchers would repurpose and move on to the next thing. New technologies replace the old. Resources ebb and flow to diseases as they emerge and are reduced or cured.

Its a field of adapting to the current times. David Chan, MD from UCLA, says, “Successful cancer research is not something accomplished by a 40-year-old living in his mother’s basement and working out of a garage. There are hundreds of thousands of cancer researchers throughout the globe, racing to get the cure and claim to fame and a certain Nobel prize. These cancer researchers have family members and close friends who have or have died from cancer. I can personally count more than 20 people in my close circle. No one is going to suppress a cure.”

Imagine the headlines: “The Hero of Mankind: So and So Cured Cancer!” Its the headline we have been looking forward to for centuries. The fame, recognition, a definite Nobel Prize in the bag could not possibly keep this cure so hidden. Human beings are easily tempted towards appreciation, so what kind of people could possibly keep such a huge thing hidden?

A Mass Conspiracy About Cancer

And honestly, thousands of scientists and researchers are involved in the hunt for the answer for cancer. It is not like your regular handful bunch of colleagues here. In such a huge number, there are also a huge number of loved ones and friends, or they themselves, who would have been diagnosed with cancer at some point.

So, it would take some inhuman amount of dedication to ignoring their compassionate instincts to save themselves or the 8 million cancer patients worldwide with the cure. “Can any conspiracy be so complete that oncologists and even world leaders would be willing to die of cancer in order to protect the alleged secret?” asks Gansler.

Also, we talked about cancer is an umbrella term that houses a variety of diseases that vary considerably in their causes and treatments. Sometimes same cancer can evolve differently in different patients. Just as Cinderella’s shoe didn’t fit every maiden’s foot, this cancer cure is unlikely to fit to cure every type of cancer that exists.

Currently, the cancer research industry- both private and government- is a big one with some big bucks. The 2017 budget of the National Cancer Institute, for example, a leading funder of scientific and medical research in the U.S., was $5.69 billion, but the amount has consistently gone down since 2003.

The U.S. National Institutes of Health also set aside nearly $6 billion in its 2017 budget for cancer research, with additional funds invested in specific categories like cancer genomics, breast cancer, cervical cancer, and childhood leukemia. The private pharmaceutical companies, however, go one step further, by funneling nearly $50 billion annually into cancer drug research and development. All in all, cancer is worth $160 billion dollars every year.

It’s quite clear that there is some imbalance between private and public funding of cancer research. Some critics hence argue that Big Pharma is actually slowing the search for a cancer cure and shifting its focus towards more profitable ways, such as developing patentable, single-drug treatments rather than testing combination therapies or exploring the repurposing of existing cheaper generic drugs, such as Aspirin.

Repurposing of existing drugs is a new path in which commercially available and cheaper drugs can be repurposed to be used in treating cancer as some have been found to speed recovery and suppress cancer symptoms and side effects of radiation. Aspirin, for example, has been found to make breast cancer survivors 50 percent less likely to relapse and die from the disease. But this repurposing of drugs is apparently a possibility entirely ignored by Big Pharma because it’s hardly profitable to them.

But the profit motive does not always stick, as Big Pharma also consists of several non-profit organizations that sincerely do not profit off of the funds they use. They could also be working to bring down healthcare plan costs, benefitting millions of families.

A Hurdle Race to Nothing

If some pharmaceutical company did find the cure to some type of cancer, it is not just “Eureka!” and done. It would take about 100 millions of dollars of research to prove and test this said drug in clinical trials to confirm it can actually a cure for one type of cancer, if not more. All research involving human subjects must be vetted by ethics committees and the independent FDA.

Assuming such research has been done through the proper channels, why would a pharmaceutical company spend that kind of research money on a drug that they have no intention of selling to others and making money off of? Also, such a breakthrough cannot just be kept under wraps for the heck of it. There are many regulatory hurdles to cross and much revealing to do in order for such research to be done in the first place. By law, all of these studies are posted on ClinicalTrials.gov with the results.

The argument is rock solid from both sides, and given how selfish and harsh the times are off today, it is hard to determine what is the truth. Is cancer just a sick game of the Big Pharma who is playing with our lives? Can cancer really be cured? For the sake of human development, its difficult yet important to keep our faith that a cure is definitely coming. Let’s hope it ends up in the right hands too.

Freemasonry considered to be believed as a decade old secret society with the goals of world domination. BUT ARE THEY REALLY WHAT THEY ARE...
Read more

It's fascinating how there are over 200 moons in our very own solar system. Most of them have their unique names, for instance, Kalyke,...
Read more

Seth Rich, 27, was an employee of the Democratic National Committee. He was murdered...
Previous article
Wladyslaw Sikorski’s unfortunate demise
Next article
The Mystery of the 8 Day Bride, Christina.
Conspiracy theories