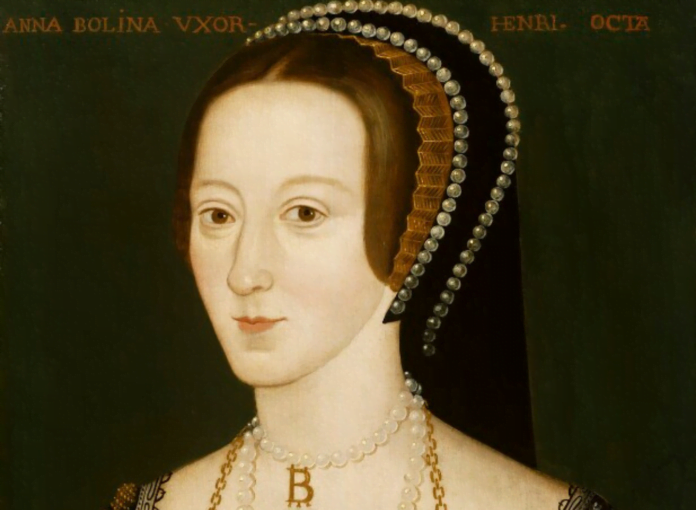 In the 16th century, King Henry VIII was desperate to acquire a male heir who would rule the country after him. Sadly, his first wife, Catherine of Argon, failed to give him a male heir, ultimately leading to his second marriage to Anne Boleyn.

Anne’s reign as the Queen of England was relatively short and problematic. She was executed within three years of her crowning, accused of incest, conspiracy against the king and adultery. But some historians believe that Anne Boleyn was falsely accused.

Table of Contents show
Who Was Anne Boleyn?
Anne Boleyn’s Role In The Creation Of The Church Of England.
Trial And Execution Of Anne Boleyn
Thomas Cromwell And His Role In Anne Boleyn’s Fate
Conclusion

Who Was Anne Boleyn?

Anne Boleyn came from an aristocratic family. Sir Thomas Boleyn, a diplomat, was Anne’s father. She spent her childhood in France and returned to England in the year 1522. Anne was witty, intelligent and beautiful. She was well-educated and talented in the activities expected of a Lady of the European Court, which included dancing, singing, and flirtation. Besides all these talents, Anne possessed a keen interest in politics as well.

After returning to England from France, Anne became a member of King Henry VIII’s court. She was a maid of honour to Queen Catherine, Henry’s first wife (1509-1533).  It is said that during the period in which Anne worked in the court, King Henry started getting attracted to her. Anne’s sister Mary was his former lover.

Anne Boleyn’s Role In The Creation Of The Church Of England.

Anne refused to be Henry’s mistress. The only choice that left him with was to break his marriage with Catherine of Argon. Henry asked the church to grant him a divorce but, the Catholic Church did not permit it. Henry argued that his first wife was wedded to his brother Arthur (who died soon after the marriage) and that Pope Clement VII should not have approved his marriage to Catherine in the first place.

After not getting permission for divorce from the Pope, King Henry VIII did something considered one of the most important historic reforms. He broke ties with the Catholic Church, which led to the formation of the Church of England. England became a Protestant nation. He appointed his clergyman, Thomas Cranmer, as the Archbishop of Canterbury and the king became the head of the Church of England.

Anne Boleyn and King Henry VIII got married in 1533.

Trial And Execution Of Anne Boleyn

Anne failed to give King Henry a male heir. Her firstborn was a girl, followed by miscarriages and one stillborn baby boy. King Henry started losing interest in Anne and decided to make changes. Furthermore, Henry had relationships with two of Anne’s maids of honors, Madge Shelton and Jane Seymour.

Anne Boleyn was found guilty and imprisoned in the Tower of London until the day of her trial. The trial took place on May 15, 1536, in which Anne was found guilty by the jury, which included her uncle. The female traitors in England at that time were burned at stake, but the king feared his reputation. He stressed that consigning the Queen of England to the flames will have a destructive impact on his reputation. Anne Boleyn was then executed.

Thomas Cromwell And His Role In Anne Boleyn’s Fate

Thomas Cromwell, the Secretary of State of England, had a big hand in Anne’s execution. Some historians believe that he was appointed to find out Anne’s wrongdoings, so Henry could get rid of her and marry Jane Seymour. Historians also believe that Anne’s father tried warning her.

It has been suggested that Cromwell was a danger to Boleyn, couldn’t help but disagree with her on international policy and the use of Church funds, which she accepted had a role in philanthropic and instructive grounds.

King Henry VIII married Jane Seymour precisely 15 days afAnne’sne’s execution. Jane died of childbirth complications within one year of their marriage. She was, however, able to give the king a male heir, the future King Edward VI.

King Henry VIII’s madness over acquiring a male heir led to Anne Boleyn’s tragic fate. Little did he know that the most potent monarch England ever witnessed would be the daughter he had with Anne Boleyn—Queen Elizabeth I.

She was a Protestant ruler like her father and ruled England for 44 glorious years.

To know more about Anne Boleyn, you can check out the three episode TV series with the same name.

The Stanley Hotel, is an architecturally beautiful hotel located in Estes Park, Colorado, United States. It is surrounded by mountains and greenery and is...
Read more

Seth Rich, 27, was an employee of the Democratic National Committee. He was murdered...
Previous article
The Terror Of Kala Bandar Of Delhi In 2001.
Next article
AIDS: Was The Virus Genetically Manufactured?
Conspiracy theories