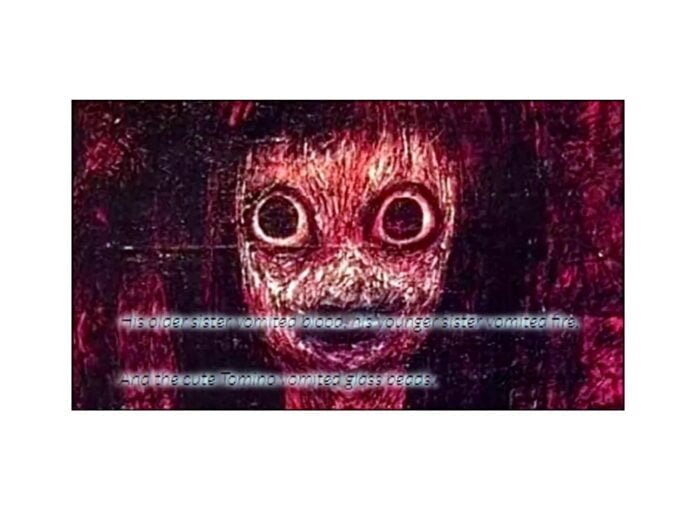 How did a poem—Tomino’s Hell—written to express one’s grief become associated with a deadly curse, which makes you severely sick at best, and at worst, kills you?

In 1919, a Japanese poet, Saijo Yaso, published his 27th poetry collection, “Sakin”, translated as “Golden Dust” in English. The collection came out after the First World War, and Saijo had lost his father in the war. The poems were believed to be written for expressing his grief through his words, as he never explained his works.

The Curse Of Tomino’s Hell.

It is said that the poem Tomino’s Hell should never be spoken out loud. If you end up reading it, only read it in your mind and never say the words aloud. Many people have tried this with varied results. Some say that only by reading it aloud in Japanese, with correct pronunciation and enunciation, can the curse be activated. However, many people have complained of getting cursed by reading the English translation out loud as well.

No one knows how the rumours of the curse started except for a warning that states, “If you read this poem out loud, tragic things (凶事) will happen.”

What Is Tomino’s Hell About?

As stated earlier, the poet did not give any explanation for the poem, and it was left for the audience to interpret. According to the critics, the poet expressed his grief of losing his father in the First World War through the story of a young child.

The story is believed to be of a young child, gender unspecified, who was disabled from an early age, forced into a wheelchair. The family of the child was not supportive and mistreated them. The child wrote this poem to express their grief and agony of being unable to help themselves and their family’s tortures. But the poem was read by the family, and they locked the child up without any food or water, and the child died. The story is about the journey of the child through hell, i.e., the suffering and trauma.

But the words of the child survived. It is believed that anyone who reads these words out loud will now be cursed.

Evidence Of The Curse Of Tomino’s Hell.

In 1974, a movie called Denen ni Shisu (To Die in the Countryside) was released, written and directed by Terayama Shuji. The film was heavily inspired by the poem and the sufferings of Tomino. Nine years later, Terayama suddenly died. His death was taken to be because of the curse, and the film was also believed to be cursed.

In 1998, Inuhiko Yomata, a Japanese writer and film, published a book called “The Heart Is Like A Rolling Stone” (心は転がる石のように) and included the poem with its warning in the book. This again brought the old legend of the cursed poem to the media forefront.

This poem then became the talk of the town. A few years later, people started uploading videos of them reciting the poems out loud on the internet. Many of them posted again to say that they were well and not cursed. Some, however, never came back to talk.

Many accidents, like falls and sudden injuries, loss of sight or hearing, etc., were credited to the reading out loud of Tomino’s Hell. People post about the poem online for fame and followers, and as it is something that would attract the fans of the supernatural, it is an excellent way to sell books and movies.

You are, however, always advised to do your research before you decide to read the poem out loud. We never know; maybe the curse acts at random and ends up finding you. What do you think of Tomino’s Hell? Are you brave enough to put these theories to the test?

Seth Rich, 27, was an employee of the Democratic National Committee. He was murdered...
Previous article
Ram Setu: Surprising Coincidence Or A Man-Made Wonder?
Next article
What Is Aum Shinrikyo?
Conspiracy theories