How Many Revolutions has Lorde Taken Around the Sun? 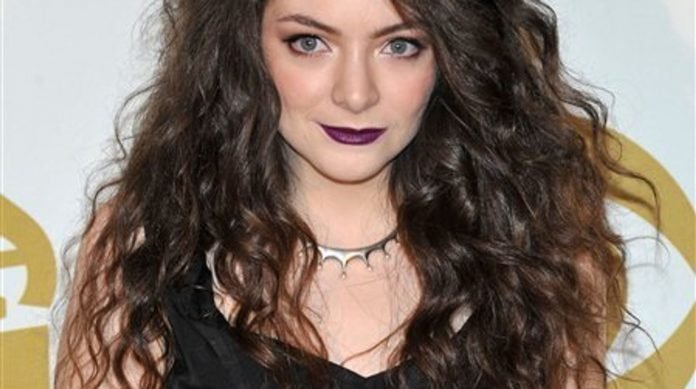 As a millennial, all of us can relate to the binge-listening of a particular song by a certain new artist which shook the music world, quite royally. Lorde’s dramatic entry into the world of music was through her song Royals which sufficiently explains the singer’s new song and her obsession over the royalty. A true New Zealander, Lorde’s real name is Ella Marija Lani Yelich-O’Connor.

The Kiwi songstress has often humoured media claims about her age and continues to do so. However, there are many discrepancies rising with her apparent claim to be a child of the 90s, with many observations regarding her personality arising to counter her claims otherwise.

And thus it began

For most people, the whole drama about procuring Lorde’s birth certificate created a ripple in the society when Emma Carmichael paid approximately 17 Euros to get her hands on a copy which was believed to be typed and fake. The birth certificate claimed Lorde to be born in 1979, which was quite a……..shocker. But then, in the world of conspiracy theories, who really knows the truth, ever? In a recent interview at the Grammy’s, Lorde came on stage and boldly introduced herself using her first name and said she was 45 years old. It was obviously a direct dig at the trolls who call her put for her down-to-earth personality and old soul attitude.

In fact, the fact that as a woman of 23, Lorde takes way more meditative sabbaticals than an average person of her age group who are more interested in trotting around the globe to exotic locations. This zen behaviour of hers draws the attention that the audience pays on a celebrity’s personal life and whilst comparing her with her peers, it certainly draws a huge amount of attention as to why she prefers such ‘lonely’ choices over a partyholic life.

Her wardrobe choices are quite eccentric too, with hues of gold seeming dominant over the rather sombre shades. It’s either all-out with shiny, glittery clothes or get-out with the darker colour of clothes. According to her parents, she proofread her mom’s doctoral thesis, when she was 14! Now, this seems like a kind of a drag considering that most early teens are rather worried about the number of words they exchange with their crushes rather than proofreading a thesis.

Moreover, it is a rather shocking thing that a parent will trust their 14-year-old with a 40,000-word essay which is so crucial to their career. However, this could be possible if the child is not actually 14, but older or mature, say about 20? The lyrics of ‘Ribs’ also convey the fact that Lorde might be missing her past youth and has put it forth to the audience through this heartfelt medium of music.

Whatever the reasons could be, Lorde certainly carries an air of divine aura with her. The wisdom with which she handles her image in all aspects of life, which is so contradictory to what most of her peers indulge in, can make anyone think that there is more to her story than what she tells. As enthusiasts of conspiracy theory, we can only hope to speculate and pick up more clues to put together a rather interesting tale.

Interested in reading about whether Elvis Presley is dead or alive? Read here!

People, who remain glued to Hollywood narratives can recall the famous scene from “Raiders of the Lost Ark” where a giant stone sphere nearly...
Read more

Seth Rich, 27, was an employee of the Democratic National Committee. He was murdered...
Previous article
Rediscovering The Holy Grail Through The Da Vinci Code: A Thrilling Saga
Next article
Does Red Mercury Really Exist?
Conspiracy theories