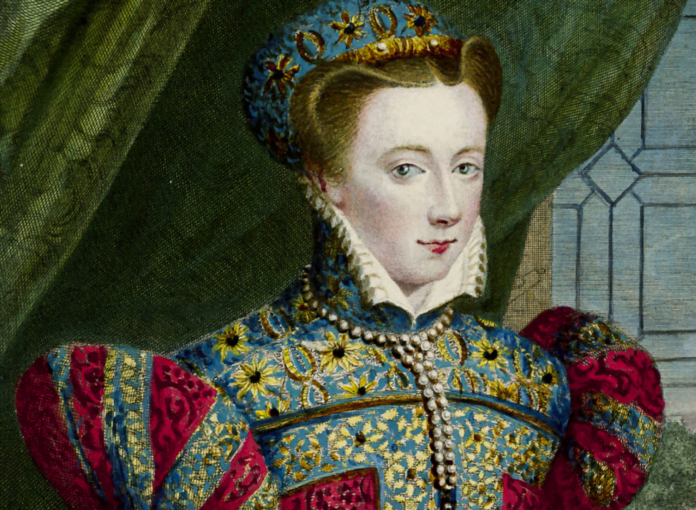 The Loch Leven Castel, one of the beauties and tourist attraction for Scotland is located on an island. It was in use till the 17th century, and today serves the purpose of a ruined castle for the historical enthusiasts. But how is the castle associated with the Queen of Scotland and her ghost?

Mary, Queen of Scots is one of the most infamous monarchs of all time. Her life story is filled with adventures, scheming and murder and it ends with a beheading. Tragic, right? But even after her death, her story lives on and apparently, so does her ghost. After she was beheaded, her ghost started “visiting” the different castles and locations she was held at as a prisoner, which includes the Loch Leven Castle.

History Of The Loch Leven Castle

The Loch Leven castle is one of the most famous castles of Scotland. The English Earl of Northumberland was held here for 2 years before being sent to England for execution, for being rude to Queen Elizabeth I of England. Sir William Douglas of Loch Leven inherited this castle when he became the 6th Earl.

After her defeat in the Battle of Carberry Hill in 1567, Mary was kept at Loch Leven as a prisoner by Lord Moray, her half-brother. During her imprisonment,  she was pressured into signing her abdication papers in favor of her son, James VI, who was barely a year old. Lord Moray was made regent until James was ready to take over and rule Scotland.

After all of this, Mary still waited and planned her big escape worthy of a movie.

After signing her abdication documents, Mary started planning her grand escape. The first time she dressed as a servant and tried to escape via boat but the boatman was suspicious as her hands were quite smooth unlike a servant’s, and hence she was caught.

Her second escape attempt was successful with the help of her allies and followers, including her jailor’s son, Willie Douglas who had a crush on the young queen. Willie helped Mary by delivering Mary’s letters to her followers. On the night of May festivities, Willie’s brother George nailed all the boats, except for one, to the docks and helped Mary row away in the middle of the night. From there, she gathered an army at Craignethan Castle to vanquish her enemies, but failed in the Battle of Langside.

After that, she asked her cousin, Queen Elizabeth I for help and was locked up in a castle again. A couple of years later, she was accused of treason against Elizabeth and was promptly executed.

A slight fictionalized version of Mary’s life can be seen in the movie, Mary Queen of Scots.

After her beheading, Mary’s ghost seemed to linger at every location where she was held as a prisoner or was given refuge.

A headless ghost, which many call the “headless lady dressed in white”, was sighted at the Carignethan castle—where Mary was given hospitality at after her grand escape from the Loch Leven castle—right after her beheading. It can only be assumed that the ghost was Mary’s.

The Loch Leven castle where Mary is said to have given birth to stillborn twins, who were buried near the estate in unmarked graves, is where Mary is seen the most, searching for her lost children and hoping they will come to her so that she can finally be at peace.

There are many other paranormal occurrences related to Mary’s past such as a stain on the floor of Mary’s room which is said to be her secretary David Rizzio’s whose only crime was that he was close with Mary.

Mary’s husband, Lord Darnley, killed Rizzio by stabbing him multiple times. The stain has been scrubbed clean many times but it always returns at night.

In 1567, Mary was captured and imprisoned after the death of Lord Darnley. Mary and the Earl of Bothwell were suspected to be the killers and when they were caught fleeing the castle, both of them were imprisoned in the Bothwick castle. Mary escaped this castle dressed as a page boy, whose apparition many have sighted.

Mary’s spirit seems to be lurking in every place she has been to. There is no hardcore proof that Mary haunts these places, but many visitors have experienced the apparition first hand. Is it a ploy to get paranormal researchers and tourists to go there, or are they—especially the Loch Leven Castle— actually haunted? We may never know.

Seth Rich, 27, was an employee of the Democratic National Committee. He was murdered...
Previous article
Catacombs in Paris: Tourist site or place for Satanic rituals!
Next article
Are The Astra of Mahabharata Today’s Nuclear Weapons?
Conspiracy theories