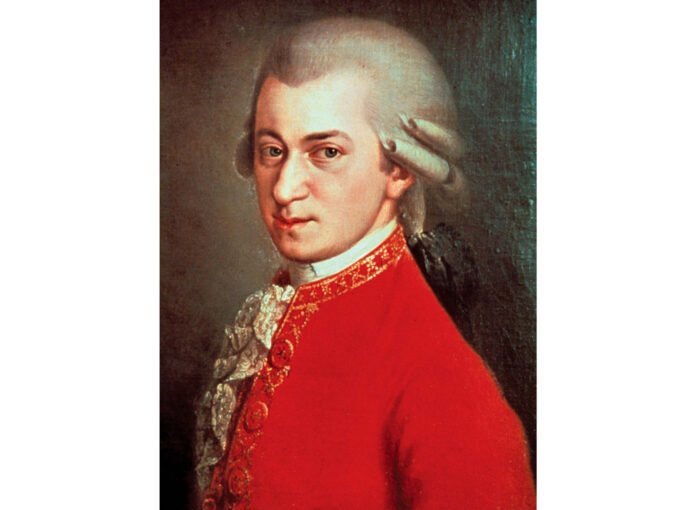 Mozart or Wolfgang Amadeus Mozart, as we all know, was a composer of the 18th century, born in January 1756. He composed more than 600 works and has had a huge influence on the western music.

One of his most recognized works, The Requiem, was written by Mozart on his deathbed. It is one of his most controversial and talked about pieces. There are a lot of theories about who wrote the requiem and about who commissioned it. Many relate it to his death as well.

The commissioner of the requiem was an anonymous patron. They did not wish for their identity to be disclosed and Mozart was to work without knowing who his patron was. He was spooked by this anonymous commission and put his all into creating it, till his end.

Many musicologists believe that it was Antonio Salieri who commissioned the work. Salieri was the contemporary rival of Mozart. Many believe that they were good friends but the narrative says that they were rivals and that Salieri hated Mozart because of his popularity. In the movie Amadeus, the scene of Mozart receiving the Requiem is shown as Salieri in a black mask giving him the piece. The black mask is usually used to symbolize death.

It is however, still not clear as to why Salieri would give Mozart—his rival—the piece that made him so famous. It is also believed that Salieri knew about Mozart’s oncoming death and gave him the piece so as to take the credit for the piece himself.

Anton Leitgab was the son of the mayor of Vienna and the valet of a Count who had a reputation of ripping other people’s work off, as his own. The Count wanted to use the Requiem to commemorate the death of his late wife. It took well over a decade for Mozart’s widow, Constanze to reclaim the Requiem as her late husband’s creation.

After all the mystery about the commission of the Requiem, Mozart was not able to finish it himself. It looks like a plot of a movie, but he wrote it on his death bed and could never finish it. He was ill of health when he received the commission. In due process he convinced himself that he was going to die and that he is writing the Requiem for his own funeral. There is a lot of mystery about his death as well.

Many believe that he died of some disease of the 18th century but the fact that he himself believed that he was being poisoned, shakes the possibility of a normal death.

Mozart thought he was cursed to write the Requiem and that it was to be his ‘swansong’ or death song. He died at the young age of 35 in December 1791.

His pupil Franz Xavier Sussmayr was tasked with finishing the piece. Mozart talked in lengths with him about how he wanted the piece. Franz had the parts written by Mozart and he added to it. In the end he copied the entire thing down and hence, left us no way of knowing which parts were written by Mozart himself.

However, to add to the mystery, in 1950 Brussels, the manuscript of the original piece written by Mozart was found. The last page of the manuscript was torn. Someone stole it from his deathbed.

Mozart’s pieces are usually light and cheerful but the Requiem reeks of death and mysterious tones and makes one wonder if he actually knew he was going to die.

The most famous parts of The Requiem today are the parts that have been traced back to Mozart himself and not Franz. This does give an eerie feeling as to how did he write the best parts of the Requiem and then died, leaving his work to be finished.

On the day he died, Mozart declared “Didn’t I say before that I was writing this Requiem for myself?”

All the mysteries surrounding the requiem, and the death of it’s creator makes us wonder, even after more than 200 years. But to sum it up, as Beethoven said, “If Mozart did not write the music, then the man who wrote it was a Mozart.”

Do you remember what happened on the 31st of August 1997 in Paris? People have remembered this date as the death of Princess Diana...
Read more

The Mughal dynasty was one of the longest-ruling dynasties in India, which ruled almost for two hundred years. Despite a lot of political battles...
Read more

Seth Rich, 27, was an employee of the Democratic National Committee. He was murdered...
Previous article
Is Fluoridation Dumbing Down The Population?
Next article
The Hollow Earth Theory – Myth or reality!
Conspiracy theories