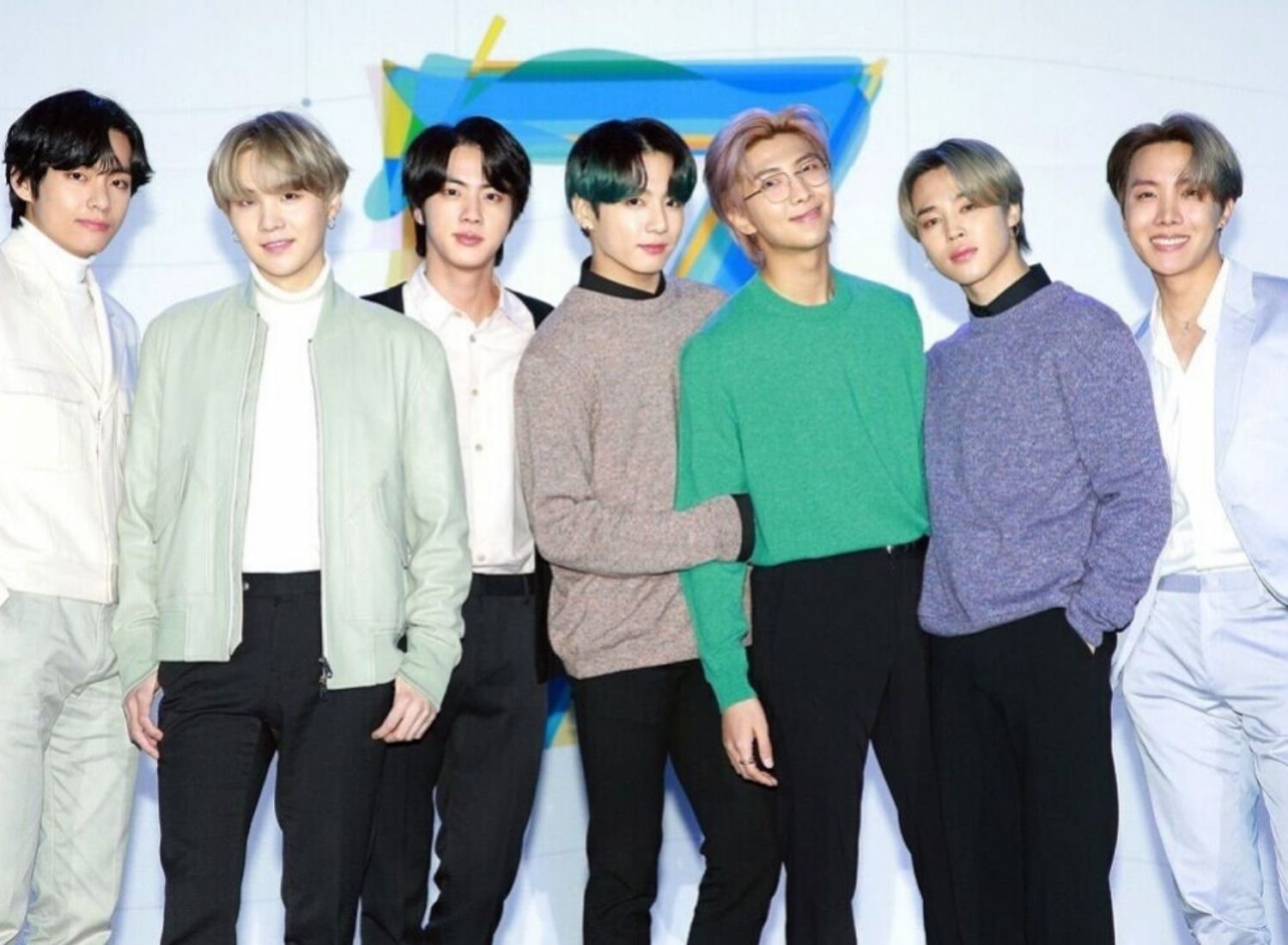 Welcome to the Bangtan or BTS Universe where we narrate to you a story of lost youth, innocence, and friendship. Timelines so stretched out in this endless desert that sometimes the self gets lost in the memories of growing up.

BTS, Bangtan Sonyeondon, Bulletproof Boy Scouts, K-pop boy band that paved the way, the greatest group to ever exist; are some of the names BTS under BigHit Labels is known for. With record-breaking albums, binge-worthy content, ethereal music videos, outstanding choreographies, meaningful lyrics, and a band which carries a message of self-love and courage for their fans, BTS has indeed become a worldwide phenomenon.

But deep within the color and glam of their artistry, there exists a BTS Universe riddled with clues, symbols, time travel, and parallel realities developed closely by co-joining philosophy, art, literature, history, and music.

So fellow conspirators, let’s take this journey towards the open doors of the BTS universe to discover the map of the soul and the answer to the psyche’s ultimate mystery.

Here summed up is the parallel BTS universe reality of every member in the group with the same name and the same inner struggles. A storyline, taken from the Save Me Webtoon, this story ends happily but for only six of them. Kim Seokjin is the key member of this timeline as he has the ability to make a difference in the past and correct the consequences of the future. But if you could turn back time where would be that exact moment where you would do things differently and cheat fate?

A day marked by serendipitous encounters and the blossoming of youthful friendship. Seven boys met, all bounded by an interwoven past and an entangled destiny. These boys suffer from their own hardships to continue living a utopian dream of a normal life. With the unraveling of their secret hideout spot and broken bonds, these boys continue their own journey in the following manner with the promise that “They Must Survive.”

Kim Namjoon is riddled with poverty and supports his family by working in a gas station and earning money through petty jobs.

Min Yoongi knows only the love of music. His mother was killed in a fire that she set herself and this truth though never revealed haunts Yoongi day and night.

Jung Hoseok was abandoned by his mother at an amusement park when he was seven. Suffering from Munchausen Syndrome he acts as if he has narcolepsy.

Park Jimin has been suffering from seizures and a childhood scar. He witnessed the death of a child named Choi at the flower arboretum.

Kim Taehyung struggles in an abusive household where his alcoholic father beats up him and his sister.

Jeon Jungkook only considers the boys as his family. Living in a home with an abusive stepbrother and no one to care about, Jungkook has been lonely and isolated his entire youth.

Kim Seokjin holds the key to his friends’ future. He is the heir of a wealthy family and possesses the skill of time travel. The Save Me Webtoon involves his going back in time and the changes enforced by him to make sure his friends survive.

This is the past explained that the boys lived, which only tunneled through a darker future. Now, this is where this timeline becomes a tough nut to crack. With frequent episodes of time travel and alternate solutions, the following becomes the current circumstances of every member in the parallel.

Kim Namjoon is in jail for a fight he got in with a customer at the gas station.

Min Yoongi burns himself in a motel room to find the pain that his mother felt when she left him.

Jung Hoseok hits his head hard due to a seizure on the Han Bridge and dies.

Park Jimin drowns himself in the hospital to escape a reality he can never forget.

Kim Taehyung is convicted for the murder of his abusive father.

Jeon Jungkook jumps of a bridge for never knowing a place where he belonged.

Kim Seokjin goes through many time travel loops to change the fate that each member had.

This is the alternate realities of the members and the creation of a story which leads them to leave hints in their musical career for the fans and theorists alike to discover the story they are trying to tell. With so many theories revolving around the story which BigHit created, this becomes a major force through which music is developed by the group as a whole. This link of the storyline even extends up to the individual mixtapes of the members leaving us theorists with many clues here and there.

Hidden Messages Throughout The Era’s

Butterflies, Ravens, Wings, Fallen Angels, and a Neverland; diverging from the life of every member in the alternate BTS Universe, we also see the development of morals and values which is reflected in the music of the group.

Armies have decoded the chronology of the BTS eras and the messages behind their albums. The following information is available on amino apps with even more extensive research.

The N.O or School Era spilling facts and shades since 2013 highlighted the hardships a youth faces to follow their dreams. A direct hit on the suffocating society, Korean closeted mindset, and the early stages of innocent love, the albums do make us think about no more dreaming the life the world has set out for you but to build one of your own.

The HYYH “Hwa Yang Yeon Hwa” or “The Most Beautiful Moments in Life” Era released on April 29, 2015, becomes a major breakthrough when we see the members gradually maturing through their music but we also see a close connection of how their alternate realities have become distanced from each other while growing up. The short films, prologue, and epilogue follow the theme of ‘lost youth’ and recalling past memories build up in the previous era.

The release of the Wings album on October 10, 2016, was a lightening bolt through which the series of events that took place in the HYYH era was seen as a direct consequence of how the past evolved the members and their alternate realities. A coming-of-age album, and the evolution of their life from the chrysalis stage to emerging as butterflies, we see an unfolding of the different selves of the boys that they have created for themselves.

With the introduction of a new era, Love Yourself which was set as a precedent for the acceptance of everlasting youth and your true self, the timeline almost seems to be at an end since its release of the Highlight reels in August 18, 2017. BTS goes through a transformation process on this journey of self-discovery by breaking out of their fake realities, persons, shadows, and ego.

A Guide To The Map Of The Soul

One thing about the BTS universe as a group, its members, and their parallels are trying to find out is their selves. So lost in between all the definitions and meanings that an individual acquires throughout their lives as a result of interaction with the physical world, the personas that an individual takes up often makes one forgets about their real self.

A very close connection has found in the lyrics of BTS and their delving into the Jungian concepts of the psyche, ego, and the collective unconscious. Famous psychologist, Jung drew a map of the human soul. It is a map that describes the psyche in all of its dimensions as it also tries to explain its internal dynamics.

Murray Stein’s book titled, ‘Jung’s Map of the Soul’ presents to us an analytical look into the theory of persona, shadows, egos, the animus, and the soul which consumes each other to bring a self or an individual forward. This process called individuation combines the spirit and the self together to make a whole.

As the boys grow through their experiences and music we see a series of events that help place this growth forward. We see a deeper significance of this story when the titles of the music videos align together to form the archetypes of the theories. We see the anima or animus emerge in the Highlight Reels of the Love Yourself Era where the members try to project their better selves into their animals or female versions.

In the ‘Fake Love’ and ‘Singularity’ music video we see the presence of masks where the members try to conceal their selves by forming personas. This is carried forward in RM’s solo titled ‘Persona.’ In Yoongi’s solo ‘Shadow,’ we see the Shadow emerging as a counter-persona which represents the evil side of humans, the darkness within us, and the representation of our true side. J-Hope’s solo ‘Ego’ connects these sub-conscious thoughts to help us get an inner transformation of the self that humans go through in order to accept their true consciousness.

The conclusion then becomes, as pointed out in Jin’s solo ‘Epiphany’ that, “In the end, all I need to find is the map of the soul and its directions. From now on, I’ll start looking for that.” This is carried out even in the alternate BTS universe storyline where he wants to figure out the directions which would lead him to that crucial point that set up the actions of the present.

Still in the process of theorizing and analyzing what could be, we still don’t know the whole truth. The theories are incomplete and will continue to take new directions until BTS releases new songs, notes, games, and Webtoons.

The BTS Universe does make us rethink about what we have been told about possibilities of time travel, the linearity of time and infiniteness of the galaxy because there does exist parallel realities of past worlds which form us and our choices and sets a series of actions in the present world which we are living in.

If so, then how do we identify a correction point in our past which remedies our present and the future?

How far does the Butterfly Effect reach then?

Another binary is the conflict between our inner self and outer self. The message ‘Love Yourself’ and ‘Speak Yourself’ does speak to us about protecting the values and ideals of youth, and fight against the criticism to become successful.

How then do we break from this pretty lie that we have molded for ourselves only to conceal our true self?

Who are you? Discover the truth with BTS on a story which they would like to share.

NASA has been showing a steadfast improvement in the field of space technology. Not...
Previous articleTara Calico Disappeared Without A Trace!
Next articleThe Gruesome Murders By The Papin Sisters
© Newspaper WordPress Theme by TagDiv