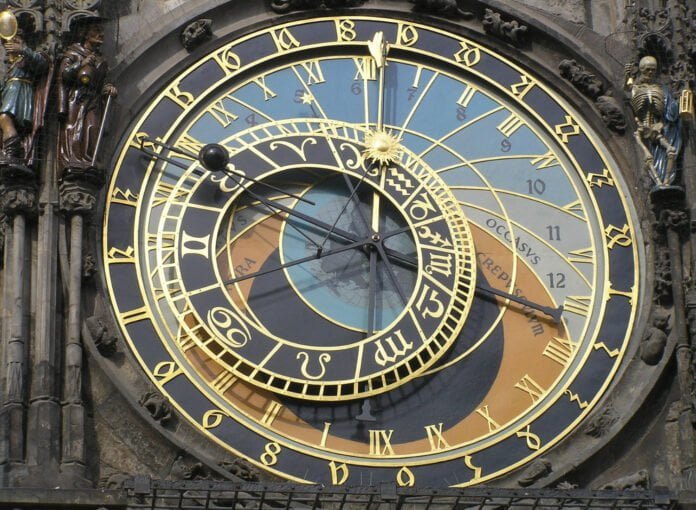 We live in the 21st century. We’ve been taught about it since the very beginning of our school life. We have grown up learning about the achievements of the years past and about how the people lived in the 18th-19th century. But what if I were to tell you that the Phantom Time Hypothesis theory suggests that we lived in the 18th century. That some 300 years in the past did not really happen.

In the year 1991, a German historian Dr. Hans-Ulrich Niemitz put forward his research in the German popular media, but it did not gain much traction and was labeled as flawed by historians. He asked his readers to be accepting and to keep an open mind as the theories suggested might be a little outlandish.

He went on to talk about how not one but three kings in history came together to forge the calendar and to add 297 years to it. According to his theory, the year we are living is not 2021 but 1724.

What Is The Phantom Time Hypothesis?

The Phantom Time Hypothesis suggests that the early Medieval Ages, i.e., 614-911 A.D., never happened. That they were added in the calendar by mistake, or by misinterpretation, or intentionally by the people of those times by forging documents. But what evidence do these people have to support such bizarre theory?

To prove any theory, we need a ton of evidence. But to prove something like this, something that affects the history of the whole world and will be turned down by everyone on the first hearing, one needs to put more effort into finding proof.

The first discrepancy was noticed by Hans Niemitz when in 1987, in an archaeological conference in Germany, Horst Fuhrmann presented that how some documents that were forged by the Roman Catholic Church were done so hundred of years before they happened. It, therefore, meant that someone had very skillfully predicted the future or that there had been some mistakes in calculating the dates.

This roused Niemitz’s curiosity, and he, along with his team, got into investigating the truth of the situation. This led them to search up the origin of the Gregorian Calendar, the one we use these days. This led to even more inconsistencies, confusing the team.

2. The Discrepancies In Julian Calendar

The Gregorian calendar that we still use today was introduced by Pope Gregory XIII to replace the old Julian Calendar implemented in 45 BC, in 1582.

It was designed to fix a ten-day fault in the Julian calendar as it was 10.8 minutes too long. The discrepancies produced should’ve been 13 days, but the astronomers calculated only ten days. This strengthened his idea that they added three centuries which never took place.

3. Other Gaps Found In History

Niemitz then went looking for more such gaps in history to support his Phantom Time Hypothesis. They found those in the gap in the construction of Constantinople and a gap in the Doctrine of Faith. All these shreds of evidence, along with a weak argument that the periods before 614 and after 911, all have historically significant events were enough for them to be convinced that the Medieval ages did not exist.

The Kings Who Forged History

Niemitz claims, in support of his Phantom Time Hypothesis, that Pope Sylvester II, Holy Roman Emperor Otto III, and Byzantine Emperor Constantine VII all got together to change the calendar to be that Otto ruled in the 1000 AD, rather than 996. The reason being that 1000 AD sounded more meaningful than 996 AD, AD meaning “anno domini” or “the year of the Lord.” This would give him more of a regal claim to the throne.

Niemitz further claims that the trio created fake historical events and even people to back themselves up. He claims that the Holy Emperor Charlemagne was not real and was only a Legend like King Arthur.

Furthermore, he claims that Roman Architecture in 10th century Europe is far too modern for when it was built.

As far-fetched and unreal as this theory sounds, Niemitz has been able to get followers for it. Dr. Hans-Ulrich Niemitz published a paper in 1995 titled “Did the Early Middle Ages Really Exist?” in which he claims they did not.

Criticism Of The Phantom Time Hypothesis

All though this theory is entertaining, almost all medieval scholars and historians view it as ridiculous. The Phantom Time Hypothesis fails to explain why other civilizations like India, China, and Persia would all write about events and people living in years that do not exist. The hypothesis would also make it hard to explain the rise of Islamic rulers and how they spread around the middle east. Moreover, there is archaeological evidence that dates back to those years that the theory claims to be non-existent.

The Phantom Time Hypothesis is one of those theories that is interesting to look into, but a quick research will prove that it is not very possible.

Was the French Revolution Brought About by the Illuminati?

The most important revolution in the history of mankind, “The French Revolution,” took place in the year 1978. It was the revolution that ended...
Read more

“We are close to the tipping point where global warming becomes irreversible,” Hawking told BBC News in July. “Climate change is one of the...
Read more

Nothing lights up the night sky more brilliantly than the radiant Moon. How many times have you lost yourself in the magic of its celestial...
Read more

Seth Rich, 27, was an employee of the Democratic National Committee. He was murdered...
Previous article
Is Ong’s Hat The Doorway To Intergalactic Travel?
Next article
Space Is Not Completely Dark After All
Conspiracy theories