J.K. Rowling: A Front For The Harry Potter Series! 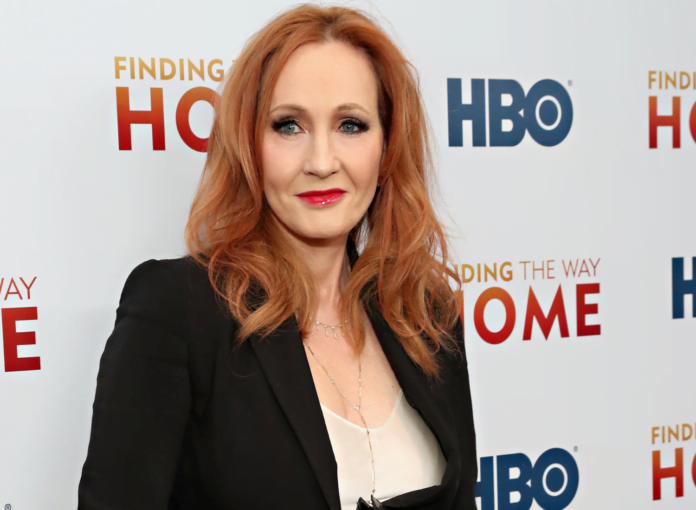 The elder wand, the invisibility cloak, the resurrection stone, the seven Horcruxes, quidditch and moaning myrtle are just some of the references from a timeless magical series. The Harry Potter Saga has now been celebrated for over 15 years, and its popularity will not be stopping anytime soon.

However, I came across a theory that left me bewildered. It might change your outlook on the series too. What if J.K. Rowling is not real? Of course, there is a person who goes by the name Joanne Rowling and she is not an alien, but what if the series was written by a corporation of writers and they used Rowling’s rags-to-riches story just to outdo their profits and she is, in fact, only an actress? A very amazing one at that, by the way.

Table of Contents show
Who Is J.K. Rowling?
The Theory Conspired After Her Success
Objections To The Theory
Conclusion

Who Is J.K. Rowling?

J.K. Rowling was a middle class British in her youth and a poor, single mother when she started drawing outlines for Harry Potter and the Sorcerer’s stone on napkins. She knew she wanted to be a writer since she wrote a story about a rabbit named Rabbit, who is friends with a bee named Ms. Bee, when she was 5-6 years old, for her younger siblings. She was the first one in her family to attend college and at her job, she was just happy to get a typewriter to be able to jot down her story ideas. She then married a Portuguese journalist and had a daughter whom she named Jessica.

In 1990, She was once traveling to London and her train got delayed at King’s Cross station where she first had the idea of a wizard boy attending a wizarding school. She lived in homeless situations in Edinburgh where she took her daughter to her jobs at cafés, where she wrote her first book in the series. She was living off of government benefits at that time. In 1995, she was done with Harry Potter and the Sorcerer’s stone. She was, however, rejected by 12 publishing houses until a young publishing house agreed to publish the book.

She was told to adopt a pen name as boys were likely to avoid reading novels written by a woman. So, J stands for Joanne and K for Kathleen (her paternal grandmother’s name). The book was a huge hit and a major publication house in 2000 bought the rights. J.K. Rowling then rolled out 6 bulky books in the series in a span of 10 years, simultaneously working upon her other endeavors. She was then named as the first billionaire author in history by Forbes.

The Theory Conspired After Her Success

J.K. Rowling’s popularity and fame rose to its peak when she spun out 636 pages of her fourth book, Harry Potter and the Goblet of fire, in just a year. One Norwegian film director, Nina Grünfeld, couldn’t digest her pace while churning out books.

Many people now believe that J.K. Rowling’s story seems a little far-fetched in some areas, including her Big Break. Even after getting rejected by so many writers, she got her first break fairly early. Books published by a small publishing house generally don’t have the kind of exposure Rowling got.

The detailed spells and the rules of quidditch were too informative to be thought of by just one person.

Objections To The Theory

Other publishers, however, refuted this theory as the books have quite some flaws which proves that they were written in a haste, and not by a group of writers. The major publishing houses may have pulled such a big, fat lie but the sob story is just too convincing. Many café owners in Edinburgh confirmed Rowling writing her first book in their humble abode. At one point of time, Rowling even suffered from depression and was suicidal. In an interview, Rowling revealed how she transpired her thoughts, her feelings towards her depression into the soul sucking negative powers of the dementors. It all fits perfectly.

The Harry Potter series is a one in a millennium kind of thing.

Whether Harry Potter was written by J.K. Rowling or not, does not play down the epic fantasy land that has been created and that will live on in the world forever. We all have cherished it throughout our childhood and even now it is one of the biggest franchises in the world. I believe some things are worth reliving time and again.

The unique Nok Civilization was first unearthed in 1928 when many remarkable terracotta artifacts were dug out by a group of tin miners in...
Read more

Nikola Tesla, of all the scientists and inventors that have contributed to the innumerable facilities that we enjoy today, Nikola Tesla is an important...
Read more

Seth Rich, 27, was an employee of the Democratic National Committee. He was murdered...
Previous article
Why is the Stanley hotel haunted?
Next article
Death Of Nelson Mandela And The Existence Of The Multiverse
Conspiracy theories