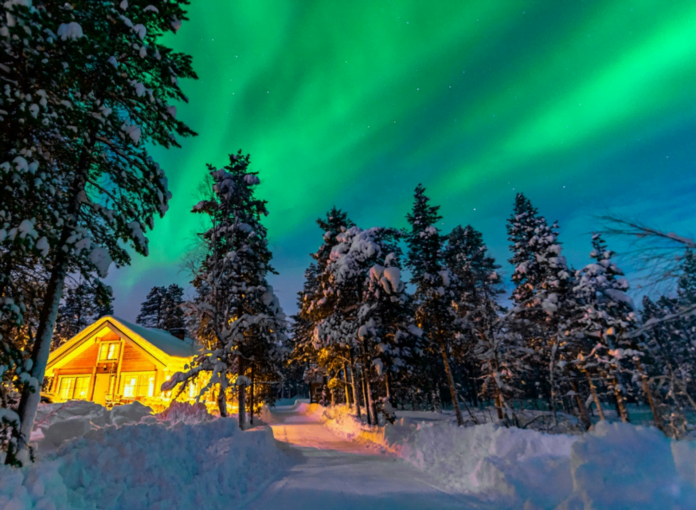 Finland is “supposedly” a country that is near the Baltic Sea. This land apparently got its freedom from Russia in 1918 and it has continued to thrive ever since. But, if you find out one day that this outstanding piece of land doesn’t exist for real, what will be your reaction?

Mine was numb for 10 minutes straight, by the way. This is one of the most catchy conspiracy theories out there.

Table of Contents show
Who Started The Rumour?
Backings In The Favor Of The Theory
Evidence Against The Theory
Conclusion

Who Started The Rumour?

The theory has been propounded by Mr. Jack, a 22-year-old on Reddit. He goes by the name Raregans there. Things were quizzical one day in the sense that people got to elaborate the kind of weird, unbelievable things their parents told them.

So, this Jack told the users how, when he was 8-9 years old and some Finland news was broadcast on the T.V. , his parents in all seriousness began describing how Finland is nothing but a fabrication and the concerned landmass, actually, doesn’t exist.

This all started back in 1918, when Finland got its independence from Russia. The sea which surrounds this “alleged” country is a great spot for fishing. Russia and Japan then fabricated the existence of a country, named Finland, so that Japan could fish in the sea without any consequences and the caught fishes were then transported to Japan by Trans-Siberian railway, which also, supposedly, was made for this purpose and Russia and Japan would share profits.

Now, the “Finnish” people who actually live there are made to believe that they actually live in something called Finland; however, they in reality are from Russia, Sweden and Estonia. Helsinki, Finland’s capital, actually comes in eastern Sweden. Have you ever heard of some big accomplishment by some Finnish? No, no! You’re thinking of a Swede! There is no universally recognized Finnish person.

Now, why Finland? Because the country was originally made to fish! And fish have fins! Hence, FINLAND! That’s some light hearted, Sunday afternoon, explanation right there.

Let’s come to the issues having more gravitas.

Why do other countries hide it? Well, at first, they went along with Russia and Japan but, now, Finland has more to be respected for rather than just being a rookie piece of ocean.

It has become a hope, an ideal, for all other liberal democracies. No real country can continuously and consistently hold the first position in education, healthcare, literacy rate, national stability, less corruption, freedom of speech with respect to press and as such. Governments and intellectuals all around the world have let it be so that other countries can see and aspire to become like Finland.

Evidence Against The Theory

You would most certainly know that with every bizarre conspiracy theory, there comes a guide in which every point proves the exact opposite of that theory. It is the same in this case.

Well, for one, Finland is easily visible from spacecrafts, satellites and airplanes. Several images have been taken and restored. Although, these are said to be altered but it would take a lot of time and resources so, it seems nearly impossible. Even every pilot who lands there, has to be bribed. Quite difficult these days, no?

If Finland were a fabricated nation in the 20th century, it wouldn’t have accounted for centuries old history, art, language and culture. Finnish people take great pride in it. Even the people who were there during the Independence of Finland, are still alive. It would be a lethargic and impractical step to make people believe that they live in a country that doesn’t really exist.

Jack, the originator of the theory, himself refutes it. He doesn’t believe in it. After the rise in hype and anger in relation to this theory, Jack clarified by posting that he asked his parents about this theory they started laughing. One can easily connect the dots here. Although, the backings provided were quite spectacular.

Real or not, Finland is presenting itself as quite a role model in the 21st century. Other countries would benefit from such strong accomplishments. Finnish do have a great piece of history behind them and it would be ridiculous to believe in such theories without any concrete evidence. These are just arguments which look cool on Reddit.

Bielefeld, a city in Germany is another city which is not supposed to exist according to the internet, just like Finland. It is, however, safe to say that both these places, do in fact exist and are doing well.

I don’t know how anyone can not notice the world changing into a desert, but I don’t think climate change is a hoax. Most...
Read more

On 29th September 1988- A dead body of a severely mutilated middle-aged man was found on the banks of Billings reservoir, Sao Paulo, Brazil....
Read more

Seth Rich, 27, was an employee of the Democratic National Committee. He was murdered...
Previous article
Did You Know About The 7 Gates of Hell?
Next article
Why is the Stanley hotel haunted?
Conspiracy theories